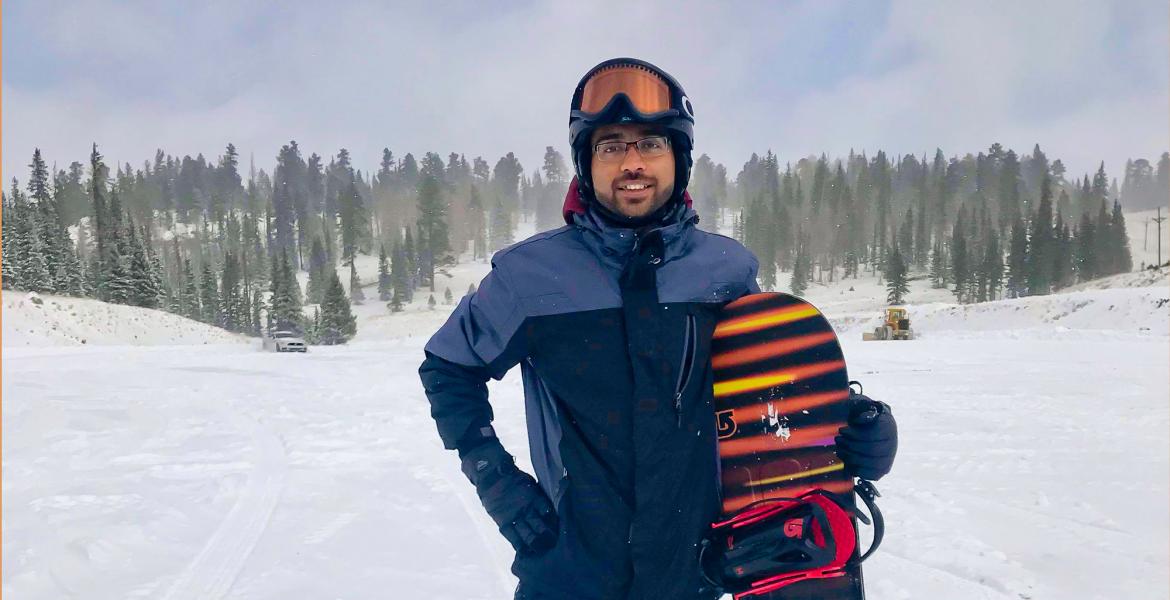 By
Emily Dieckman
Time to read
3 minutes
Print
a- a+
Read so far
Graduate of prestigious institute in India excels at the UA -- and helps other students be their best. Third article in series about diversity and inclusivity in mining engineering at the University of Arizona.

For Gaurav Gupta, being one of 4,000 people the Indian Institutes of Technology selected out of 400,000 applicants in 2009 was more than prestigious. It was the fulfillment of a family dream generations in the making.

“My grandfather aspired to do it but couldn’t because of financial issues, and my father could not make it,” he said. “I inherited the dream and worked hard to get in there.”

The Indian Institutes of Technology, 23 public institutions linked by a common council, are the schools of choice for many aspiring engineers in India.

Not only was Gupta accepted, but he had several choices of major, including mining engineering and biotechnical engineering.

“Mining sounded interesting and exciting,” he said. “I wanted to go out and not just be in one place for the rest of my life.”

Gupta excelled during his undergraduate years at IIT. He interned at the Indian Institute of Remote Sensing in Dehradun, where he designed an application to repair satellite images and developed an image processing tutorial for graduate students at IIT’s Kharagpur campus. He also interned at Shree Cement’s Beawar location as a geotechnician, where he analyzed the stability of limestone open pit mines. Gupta even found time to play keyboard and lead IIT’s band, the Eastern Technology Music Society.

I’m pretty sure it’s one of the coolest departments in the institution. We get so much experience.”

After graduating with his bachelor’s degree in 2013, Gupta went to work for Rio Tinto on the Bunder diamond project in the Chhatarpur district. He helped determine the cost of the project and develop a long-term schedule to maximize profit from the mine.

“I worked with some of the finest engineers and managers in the industry and learned a lot while I was there,” he said. “However, I realized that in order to be one of them, I needed to spend more time on my education.”

A Move to the United States

His boss at Rio Tinto had attended college in the United States and urged Gupta to do the same. Gupta researched universities with master’s programs for mining engineering and was most impressed by the UA -- from the professors of practice with deep industry knowledge to students working in the San Xavier Underground Mining Lab.

“I knew mining was exciting,” he said, “but I didn’t know it was this exciting.”

Gupta was granted a graduate research assistantship in the tight-knit UA Department of Mining and Geological Engineering.

“I’m pretty sure it’s one of the coolest departments in the institution,” he said. “We get so much experience.”

“He’s a very well-rounded engineer in terms of knowledge and practical experience,” said associate professor Moe Momayez, with whom Gupta is working to develop a thermal shotcrete. Shotcrete is concrete sprayed through a high-velocity hose to reinforce pathways. Thermal shotcrete has the added benefit of keeping workers in underground mines from getting too hot.

Gupta is vice president of professional development for the UA student chapter of the Society for Mining, Metallurgy & Exploration. It was through contacts he made at the society’s monthly dinner -- not job searching online -- that he found an internship working on applications for Hexagon Mining, a company in Tucson, Arizona, that develops digital mining solutions.

“This is how approachable everyone is in the industry,” he said. “I don’t know if any other industry offers you that level of mentorship.”

Gupta praises UA mining engineering students for their work ethics and attitudes, and the students -- along with faculty and staff -- hold him in equally high regard. He is known for organizing mock interviews for undergraduates, helping them put together their CVs, even going on hikes to get to know them better.

Gupta was named an outstanding graduate student in the UA mining and geological engineering department for fall 2017, and classmates selected him to receive the Excellence at the Student Interface Award.

“He’s really concerned about his fellow students’ development and their ability to be competitive,” said Brad Ross, professor of practice and co-director of the UA’s Lowell Institute for Mineral Resources, which focuses on sustainability across the entire mining cycle.

Gupta has some job possibilities in the works for after he graduates in spring 2018, but for now he is keeping his options open. He hopes to be a leader in the industry someday, and maybe even open up his own consultancy firm.

“He really wants to do well, he wants to help, he wants to be useful,” said Momayez, who likes to remind Gupta that even if he doesn’t want to pursue a PhD right away, he’ll always be welcome back at University of Arizona. “He can go anywhere.”