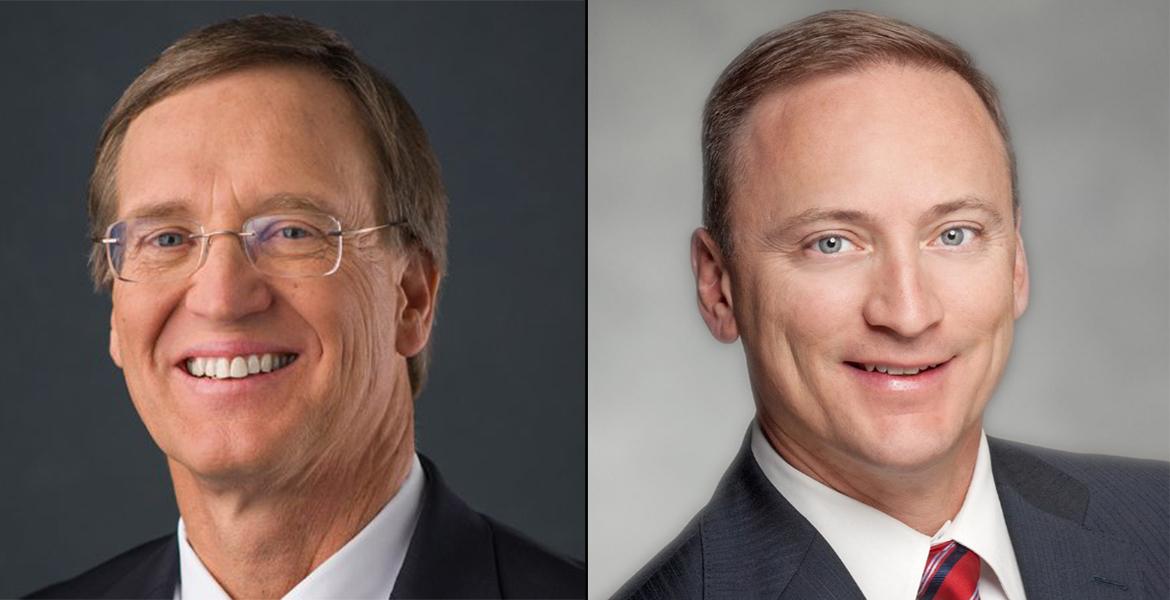 Home / Stories / The Power of a UA Engineering Degree

The Power of a UA Engineering Degree

By
Emily Dieckman
Time to read
4 minutes
Print
a- a+
Read so far
Engineering problem-solving is at the core of success for the CEOs of the Salt River Project and Tucson Electric Power.

University of Arizona engineering degrees are powerful. They’ve propelled alumni into the tech sector as entrepreneurs, academia as researchers and even out of this world as astronauts. For the leaders of Tucson Electric Power and the Salt River Project, “power” has a meaning all its own.

Mike Hummel, who earned a UA bachelor’s degree in electrical engineering in 1982, is the general manager and CEO of the Salt River Project, which provides water and power to more than a million people living in central Arizona.

Mike Hummel is part of a long line of UA graduates. So, when the Tucson native finished high school, he didn’t consider anything other than becoming a Wildcat. Initially interested in computer engineering, he did an internship at TEP after his sophomore year at the UA and was intrigued by the many career paths at a utility company.

“I also found it really appealing, after thinking about computers for so long, that you can actually see what you’re designing and building,” he said. “It’s very physical and rewarding to design a substation and then to see it get built.”

Hummel worked full time while he was in college but still has his fair share of fond memories. He spent many a night studying in the Science and Engineering Library until 1 a.m., running across Speedway Boulevard to play a quick game of pool and have a drink, then heading back to the library to keep studying until it closed at 3 a.m. That work ethic -- and appreciation for balance -- have carried him through 37 years with SRP, from his first position as an electrical engineer in the construction department to his 2018 promotion to general manager and CEO.

Over the course of his career, he’s learned a few key lessons. Chief among them: Diverse teams make for better problem-solving, and engineering is a good foundation for most any career. Hummel also has an MBA from Arizona State University, but he says his engineering education is as valuable to being a leader as anything he learned in the master’s program.

“It causes you to think about how you address a problem, and how you really define a problem before you try to solve it,” he said. “That’s so fundamental to the engineering discipline, and it really is fundamental to what we do as CEOs, or, in fact, what we do in life.”

Hummel has served on the UA Foundation’s Board of Trustees and the UA Engineering Industry Partner Board.

From Submarine Depths to CEO Heights

When it came time for Dave Hutchens to choose a college, all signs pointed the native Minnesotan toward the UA. The university was starting a Navy ROTC program in 1984, the same year he graduated from high school and received an ROTC scholarship. The UA aerospace engineering program had an excellent reputation. The weather was great. And the airline his dad worked for had just started offering a direct flight from Minneapolis to Tucson.

“All the pieces came together,” said Hutchens, who was named the college’s Alumnus of the Year at UA Homecoming 2014.

Hutchens spent a lot of time at airports with his dad as a youth, and his fascination with the aerospace industry made him dream of becoming a Navy test pilot. In ROTC, his plan shifted to becoming a submarine officer as part of the “Navy Nukes,” sailors who work in the nuclear field.

One of the most valuable classes he took was a thermodynamics course taught by now-Professor Emeritus Henry “Skip” Perkins. Hutchens carried Perkins’ textbook, “Engineering Thermodynamics,” with him in the Navy, and keeps it in his office to this day. Another class he remembers vividly is a materials strength course. That’s where he met his wife of 31 years, UA mechanical engineering alumna Cathy Hutchens. The couple got engaged while they were in college.

“On May 14 of 1988, I graduated in the morning and got commissioned into the Navy that afternoon at Old Main,” he said. “We got married two weeks later, on June 4. That was a busy time.”

His first five years out of college, the young nuclear submarine officer was at sea for months at a time, and the pair moved nearly a dozen times. He started applying to jobs at TEP after he and his wife moved back to Tucson to raise a family, landing his first one in 1995 as a demand side management analyst. In 2014, Hutchens, who also earned a UA MBA in 1999, became TEP’s first homegrown CEO.

“The problem-solving that you learn in engineering can’t be replicated really anywhere else,” he said. “The core of the most important things in my career has been what I learned in engineering, and then strengthened in the Navy to get practical experience.”

Hutchens is a member of the UA Foundation’s Board of Trustees and the College of Engineering Industry Partner Board.

Open Minds and Plenty of Mentors

Hummel and Hutchens both say there is no specific path to the C-suite. In fact, one of their most important pieces of advice is to build experience in a variety of areas, even if it means making lateral career moves. They agree that working in different parts of their companies, from engineering to wholesale marketing, gave them valuable perspectives and made them better leaders.

The problem-solving that you learn in engineering can’t be replicated really anywhere else."

They also stress the importance of mentors. It was an ROTC staff lieutenant who first encouraged Hutchens to consider the Navy Nuke path. And Hummel says he surrounds himself with mentors to this day, including some who work for him.

“If you’re going to study engineering or science, the UA is a great school to do that,” Hutchens said.