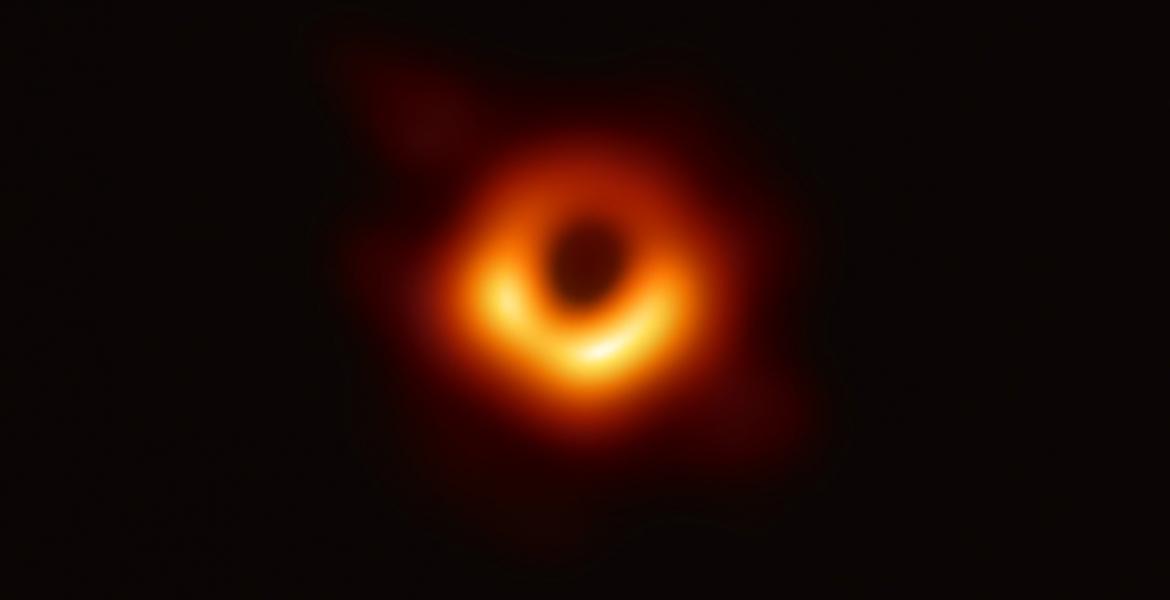 On April 10, EHT researchers revealed the first direct visual evidence of the supermassive black hole in the center of Messier 87 and its shadow.(Image: EHT Collaboration)

By
Nick Prevenas
Time to read
2 minutes
Print
a- a+
Read so far
The University of Arizona ranks in the top 4% of all U.S. universities in research and development expenditures and No. 1 in astronomy and astrophysics, according to data from the National Science Foundation.

The University of Arizona has maintained its position in the top 20 among all U.S. public research institutions, with more than $734 million in total research activity in fiscal year 2019, according to data released in late January by the National Science Foundation.

The university saw an increase of more than $47 million over its total for FY 2018, leading to a one-spot increase in the NSF rankings – No. 19 among all public institutions and No. 34 overall. This ranking puts the University of Arizona in the top 4% of all U.S. universities, both public and private. The university also retained its No. 1 ranking in astronomy and astrophysics expenditures at more than $113 million.

"The University of Arizona's research enterprise continues to make innovative breakthroughs on a global scale," said University of Arizona President Robert C. Robbins. "From the incredible OSIRIS-REx mission to our lifesaving medical research – including two novel tests for COVID-19 – University of Arizona researchers have far-reaching vision and tackle the most pressing of our current challenges. I am incredibly proud to see their innovation reflected in these rankings."

The HERD survey also found that the University of Arizona is the second-largest research university nationwide among schools with high Hispanic enrollment. In 2018, the university earned the designation of Hispanic-Serving Institution from the U.S. Department of Education for its success in the enrollment of Hispanic students and in providing educational opportunities to them.

The University of Arizona also ranked No. 4 in the physical sciences, and No. 6 in NASA-funded activity.

"As Arizona's designated land-grant university, the University of Arizona remains committed to forward-thinking research not only because of the impact our thought leadership has within the academic community, but also – and perhaps most importantly – because of our deep dedication to societal impacts," said Elizabeth "Betsy" Cantwell, senior vice president for research and innovation and professor of practice in aerospace and mechanical engineering. "These latest HERD survey results demonstrate our sense of wonder, our drive to innovate, and our commitment to the betterment of the citizens of Arizona and the world around us."

The University of Arizona earned top 50 placements in the following research categories:

Some examples of UArizona research that made headlines and had significant impact in FY 2019 include:

Chasing Einstein's Shadow: UArizona Helps Capture First Image of a Black Hole
With the help of two radio telescopes coordinated by UArizona, astronomers in the Event Horizon Telescope collaboration took the first direct image of a black hole, a prediction of Einstein's general theory of relativity. Several engineers, including electrical and computer engineering doctoral student Arash Roshanineshat, were involved with the effort.

UArizona-Led Project to Focus on Date Palm Production in Oman
UArizona faculty and staff lead a $3.9 million project to develop the Central Date Palm Laboratory in Oman in support of the One Million Date Palm Trees Project, which aims to increase sustainable date production in the country.

Researcher to Study Genomics in Cerebral Palsy
A UArizona researcher in the College of Medicine – Phoenix received a $3 million National Institutes of Health grant to research genetic causes of a condition that affects 1 in 250 children. The award was the first federally funded grant to study whether mutated genes can lead to cerebral palsy.