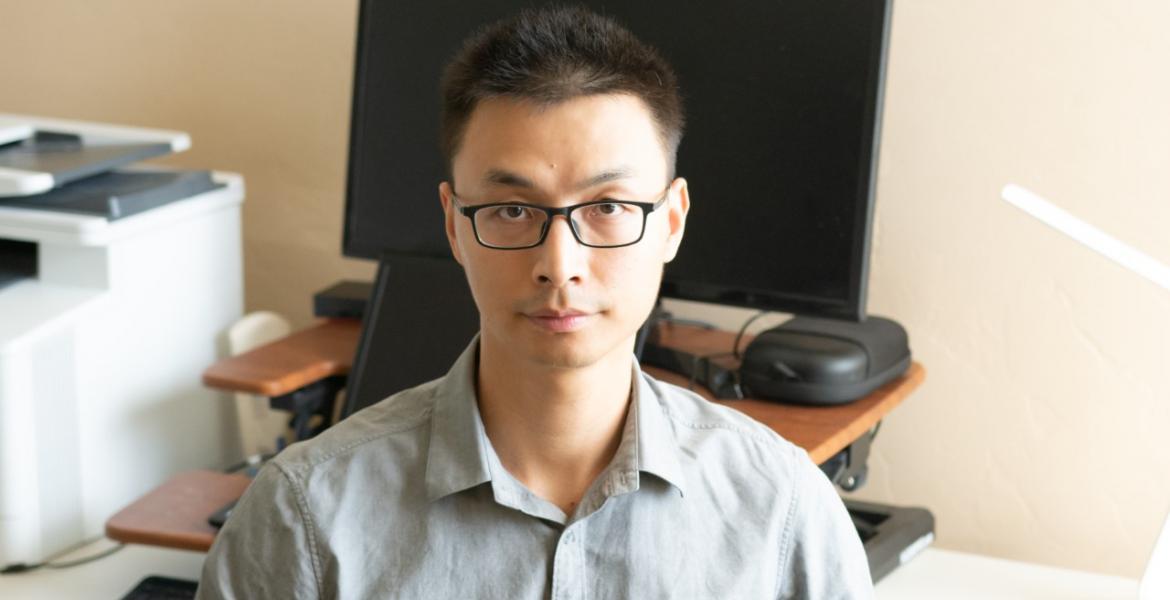 By
Emily Dieckman
Time to read
1 minute
Print
a- a+
Read so far
Electrical and computer engineer will advance research into quantum sensing capabilities.

Quntao Zhuang, an assistant professor in the Department of Electrical and Computer Engineering and the James C. Wyant College of Optical Sciences, received a 2020 Young Faculty Award from the U.S. Defense Advanced Research Projects Agency, or DARPA. The award recognizes rising stars in junior research positions whose work can benefit the Department of Defense and issues of national security. The program also provides awardees with mentoring and contacts in industry and the DoD.

Zhuang received the award based on his research proposal, “Distributed Quantum Sensor Networks Enhanced by Quantum Error Correction.” Sensor networks are used in applications including GPS navigation, astronomy observation and biomedical imaging -- and quantum sensor networks have the potential to be orders of magnitude more precise than their classical counterparts. However, quantum sensor networks are powered by entangled sensors, and the state of entanglement is so fragile and sensitive that it can collapse in the presence of even minimal interference. Zhuang’s project will focus on improving the ability of quantum sensors to perform in the face of noise and other error-causing imperfections.

“This award is an exciting opportunity to advance the technologies behind quantum sensor networks, which could make many areas of scientific research and even everyday life work with higher speed and efficiency,” Zhuang said. “I am grateful for DARPA’s support and look forward to working with their team.”

Zhuang, who earned his bachelor’s degree in physics from Peking University and his PhD in physics from the Massachusetts Institute of Technology, came to the University of Arizona in 2019 after completing a postdoctoral fellowship at the University of California, Berkeley. He leads the Quantum Information Theory Group in the Department of Electrical and Computer Engineering, which explores fundamental quantum information theory as it connects to communication and sensing applications. He has published more than 25 journal articles on quantum information science, including in top journals such as Physical Review Letters and IEEE Transactions on Information Theory.

Students with some quantum experience who are interested in working with Professor Zhuang can reach him at zhuangquntao@arizona.edu.