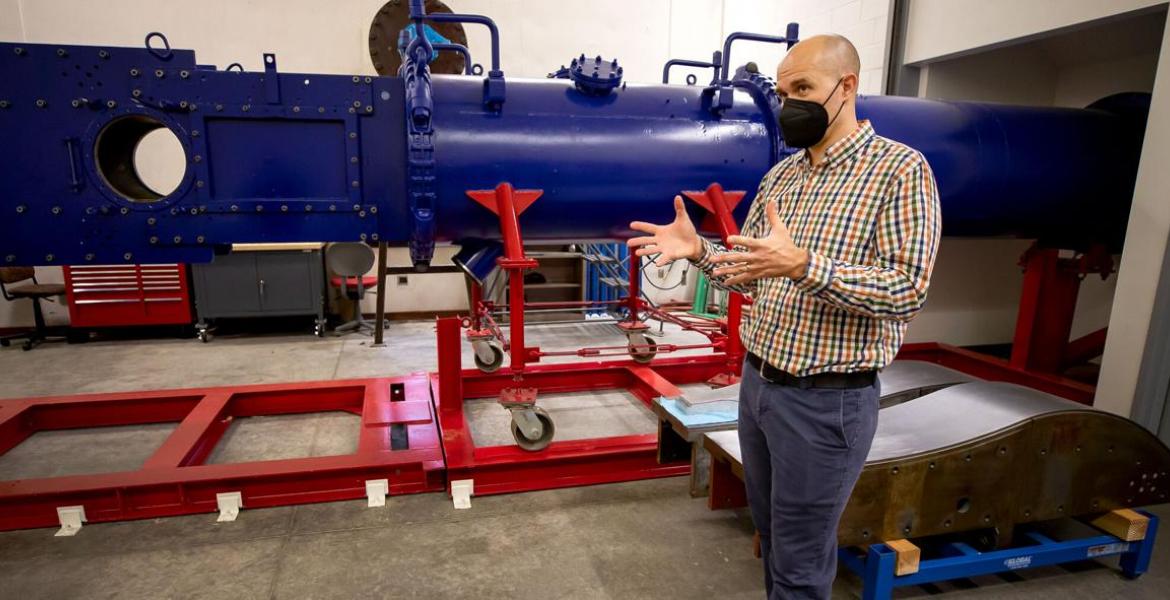 Jesse Little, head of the UA's Turbulence and Flow Control Laboratory, says recent additions and upgrades have vaulted the UA into the forefront of the field of hypersonics. (Photo: Rebecca Sasnett / Arizona Daily Star)

By
David Wichner
Time to read
1 minute
Print
a- a+
Read so far
Jesse Little and Alex Craig talk to the Arizona Daily Star about their research at subsonic, transonic, supersonic and hypersonic speeds.

The University of Arizona has upped its game in hypersonic flight research to help meet the needs of the U.S. military and companies including Tucson-based Raytheon Missiles & Defense, as they race to develop super-fast hypersonic missiles and aircraft.

The school’s latest upgrades to its wind-tunnel facilities could make the UA a center of research and education in hypersonics, the science of flight at speeds of Mach 5 — five times the speed of sound — and faster.

Research on hypersonics is in hyperdrive as the U.S. rushes to keep up with testing by China and Russia, which have already flight-tested hypersonic missiles, and commercial aircraft makers including Boeing have floated concepts for new supersonic and hypersonic passenger aircraft.

But flying at hypersonic speeds creates a number of difficult technical problems, including super-heating of surfaces from air friction, airflow design, airframe stress and high-speed maneuverability.

The UA aims to be in the middle of solving those problems, after spending about $1.7 million on wind-tunnel upgrades in the past two years, supported by grants totaling more than $3 million last year from the research arms of the Army, Navy and Air Force, as well as from Raytheon.

Though a few other major research universities have bigger and faster wind tunnels, the UA’s latest upgrades will allow experimentation across the air-speed spectrum, from subsonic to hypersonic, said Jesse Little, a UA associate professor of aerospace and mechanical engineering and head of the UA’s Turbulence and Flow Control Laboratory.

Little said hypersonics research is a key part of the university’s strategic plan, and recent additions and upgrades have vaulted the UA into the forefront of the field.

“You can probably count on one hand the universities that can compete with us in terms of facilities like this, we’re one of a select few,” Little said, citing research leaders Texas A&M, Purdue, Notre Dame and Cal Tech.