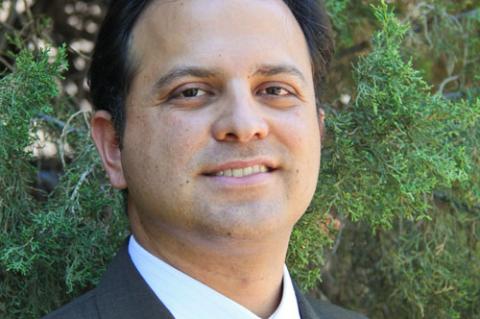 The competition, titled "Doing More Without More," was organized by the alumni association of the Defense Acquisition University, a U.S. government university that caters to personnel working in defense acquisition.

"In an age of government budget cuts, large contractors like Lockheed Martin, Boeing, and Northrop Grumman are being more heavily scrutinized for their costs," Valerdi said.

Valerdi suggested holding contractors accountable for their cost estimates and cost performance. This accountability, he said, would "limit the government's ability to commit to too many programs, and ultimately reduce the cost growth that continues to plague the defense acquisition system."

Valerdi and his co-authors argue in their paper that cost estimates in defense contracts are far too optimistic. Their proposed solution is "risk-driven contracts," which Valerdi said, "expose contractors to more cost risk during engineering and manufacturing development programs."

First prize was $1,000, and the paper will be published in the April 2012 issue of Defense Acquisition Research Journal.

Valerdi's research areas include enterprise transformation, human systems integration, systems engineering metrics, cost estimation, testing and evaluation, and performance measurement. His research has been funded by the Army, Navy, and Air Force, and by IBM, Lockheed Martin, and BAE Systems. He is the founder and co-editor-in-chief of the Journal of Enterprise Transformation, and has served on the board of directors of the International Council on Systems Engineering