By
UA College of Engineering Staff
Time to read
3 minutes
Print
a- a+
Read so far
Engineering undergraduates Jeannie Wilkening and Travis Sawyer are among 260 students across the nation to receive scholarships in STEM fields. 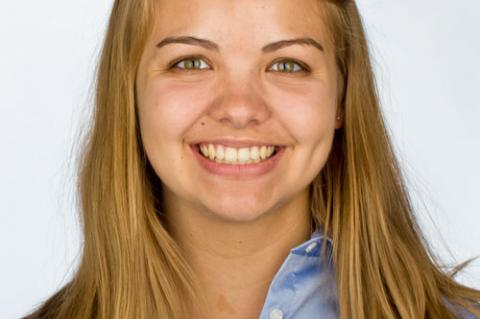 The Barry Goldwater Scholarship and Excellence in Education Foundation announced funding for 260 sophomores and juniors attending institutions across the United States for the 2015–2016 academic year. The scholarship -- up to $7,500 per year -- is awarded to students based on academic merit in the science, technology, engineering and mathematics, or STEM, fields.

Jeannie Wilkening is studying the ways in which humans affect biogeochemical cycles -- in other words, how water and various other compounds and chemical elements move through the atmosphere, hydrosphere and biosphere.

“With so many different environmental issues threatening society, I hope that my work can help make a more sustainable future for everyone,” she said, adding that support provided by the UA and now the Goldwater Scholarship will help her continue her research in environmental engineering.

“Receiving the Goldwater Scholarship really acts as encouragement and validation for me to continue the research work I’ve been doing. I’m so grateful for all the support I’ve had during my time at the UA. I’ve had so many amazing professors and mentors, and those experiences are really what made this award possible,” she said. 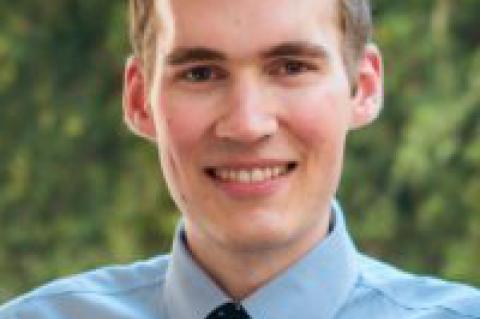 While at the UA, Wilkening has worked with researchers from the University of Michigan’s Biological Station investigating the effects of temperature on the photosynthetic activity of different tree species. Her goal is to advance knowledge about how the uptake of carbon dioxide by forests could change under climate change and to improve climate change models.

In addition, Wilkening is collaborating with researchers Jim Field and Reyes Sierra-Alvarez in the UA department of chemical and environmental engineering on a project using microbes to recover tellurium, a mildly toxic but valuable chemical element found in industrial waste streams. She has also worked with the professors researching the possible toxicity of thin-film solar cells in municipal waste landfills.

Wilkening, also a Flinn Scholar, was an exchange student this semester at Uppsala University in Sweden, where she took courses in sustainable development and learned in an interdisciplinary setting about environmental issues.

“I’ve been able to gain experience working with people from all over the world on a variety of problems, which is really at the heart of a lot of scientific research,” said Wilkening, who graduates next year and plans to pursue graduate studies in environmental engineering with a focus on biogeochemistry.

Uncovering the History of Art

Travis Sawyer is designing visual recognition software that allows scientists to more effectively image in different wavelengths -- such as infrared and X-ray -- and determine what lies beneath the surface of art materials. He is also working to extend these methods to other fields, such as medical imaging.

The Goldwater Scholarship will make it possible for him to travel to Netherlands and continue his research with Robert Erdmann, former UA associate professor of materials science and engineering, applying image-processing to historic artifacts.

“We want to be able to recognize without having to inspect the object ourselves,” said Sawyer.

Sawyer was a member of a research team led by Erdmann, now a research scientist at the University of Amsterdam. Last year, the team’s analysis helped authenticate “Sunset at Montmajour,” a long-lost painting by Vincent van Gogh.

More recently, he has worked with Erdmann and the Bosch Research and Conservation Project using technology and imaging methods to uncover the history of works by Renaissance painter Hieronymus Bosch.

“I have developed a love for art and the beauty of producing something that captures feelings of a person or a situation. It’s been refreshing,” he said.

Sawyer, also a 2014 Astronaut Scholar, said his pursuit of the Goldwater Scholarship has been valuable already.

“The Goldwater application was a very involved process, and I learned a lot. It’s very important to be able to articulate your ideas and your research to a broad audience.”

The junior plans to pursue a graduate degree, teach at the university level, conduct research in machine learning and image processing, and continue software development.

The UA had more Goldwater Scholarships awarded this year than institutions such as Harvard University, Texas A&M University and the University of California, Davis and Berkeley campuses.

A third UA student, neuroscience and cognitive science major Alison Comrie, also received a Goldwater Scholarship. Her research interests are the brain’s learning capabilities and memory systems, and the changes that occur in normal aging.