By
Ed Stiles
Time to read
3 minutes
Print
a- a+
Read so far
When Adam Estelle graduated from the University of Arizona's materials science and engineering program four years ago, he had no idea he would be involved in saving thousands of lives.

Fast-forward four years, and Estelle says, "I love New York more and more every day. And the most rewarding thing for me is the ability to work on a project centered on a technology that will save lives. That's immensely rewarding." 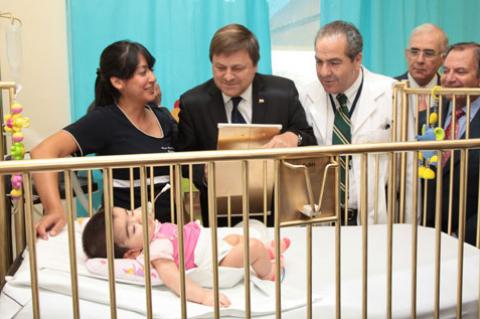 Roberto del Rio Children's Hospital, the oldest pediatric facility in Chile, installed antimicrobial copper surfaces in its intensive care and treatment rooms to reduce the risk of infection. The installation was a first for Latin America, following a growing number of installations in Europe, Asia and North America.

The technology is based on copper alloys that kill bacteria, fungi and viruses. The metals can be fashioned into everything from IV poles to sinks to bed rails -- just about anything that is frequently touched in hospitals.

While these surfaces might look benign, they're covered with organisms that contribute to hospital-acquired infections, the fourth leading cause of death in the United States, killing more people than AIDS and breast cancer combined. That's 2 million infections annually, and 100,000 deaths -- one infection for every 20 people admitted to hospitals.

While disease-causing organisms can lurk on stainless steel surfaces for two weeks, according to a recent UA research study, 99.9 percent die within two hours on surfaces that contain at least 60 percent copper, Estelle says.

Estelle has been working with four other engineers at the Copper Development Association, a not-for-profit trade group, to develop a market for copper alloys in the health care industry. They also have been helping manufacturers gear up for producing copper alloy products. 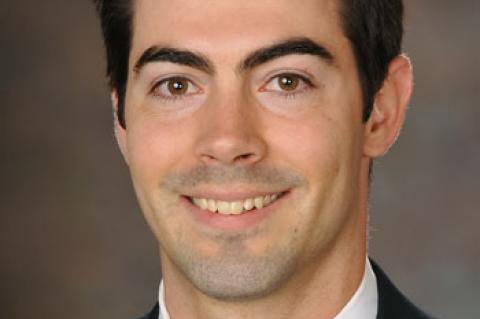 Part of that effort has involved gaining EPA certification for the antimicrobial effects of copper so manufacturers can advertise the health benefits of these products.

The second part, which has been Estelle's major focus for the past two years, was to retrofit the Ronald McDonald House in Charleston, S.C., with copper alloy stair railings, door hardware, sinks, faucets, counter tops, kitchen tables, chair arms, and other surfaces that are frequently touched by patients, visitors and staff.

This has been a win-win for everyone, Estelle explained, creating a safer environment for families and children, while at the same time helping the first wave of manufacturers tool up and commercialize lines of copper products that can now be marketed to hospitals.

"One of our first commercial products is a beautiful seamless counter top and sink bowl manufactured by Elkay Commercial Products," Estelle said. "We installed about forty of these in the Ronald McDonald House." Elkay is among ten manufacturers now marketing antimicrobial copper alloy products to the health care industry.

Surfaces at the Ronald McDonald House were swabbed and tested for bacteria for ten weeks before the new copper alloy products were installed. "Follow-up tests on the items converted to copper showed they carried 94 percent fewer bacteria," Estelle said. "We are now trying to recreate the Charleston project at other Ronald McDonald Houses around the world to create a safer living and working environment for the children, families and staff."

Now, with the Ronald McDonald House pilot project completed and EPA approval secured, the next step is to convince hospitals to replace traditional surfaces that are not worn out with copper alloy ones. New policies from the Centers for Medicare and Medicaid Services that go into effect next year should help spur this changeover. Treatment for hospital-acquired infections costs between $35 billion and $45 billion each year in the U.S., and Medicare and Medicaid will no long reimburse hospitals for that treatment if the infections are judged to have been preventable and a hospital mistake.

But even without the new rules, the changeover makes economic sense, Estelle explained. Under today's reimbursement system, individual hospitals spend $5 million on average each year to treat infections. "Even on the low end, it's $30,000 per infection," he said. Clinical trials at three hospitals funded by the U.S. Department of Defense have recently proved that copper surfaces can reduce infections in the intensive care unit by more than 50 percent.

Using published estimates, about 500,000 Americans will contract an infection this year in the ICU. This will cost our hospitals an additional $3.5 billion in treatment, and about 40,000 people will not survive the ordeal. The clinical trial results suggest that installing copper surfaces could cut these figures in half.

"By implementing these surfaces, hospitals can see real, continuous savings year after year," Estelle said. "This is a passive way to prevent infection that doesn't depend on human behavior, such as hand-washing or hydrogen peroxide vapor machines. There is no need for maintenance beyond the normal surface cleaning procedures that are already in place."

Working for a small company that is on the leading edge of developing a new market has been rewarding and challenging, Estelle said. While his engineering courses didn't teach all the skills he's needed, the problem-solving techniques he learned at UA certainly have helped.

"I get involved in everything from supply chain development and marketing to clinical trials, regulatory approvals, Congressional advocacy, and more," Estelle said. "This is really a multidisciplinary job, and a lot of it is business-oriented. There's a lot of on-the-job networking, and interfacing with different professionals."

"But the most rewarding thing for me is the ability to work on a project that centers on technology that will save lives," he said. "I'm a pretty lucky guy."