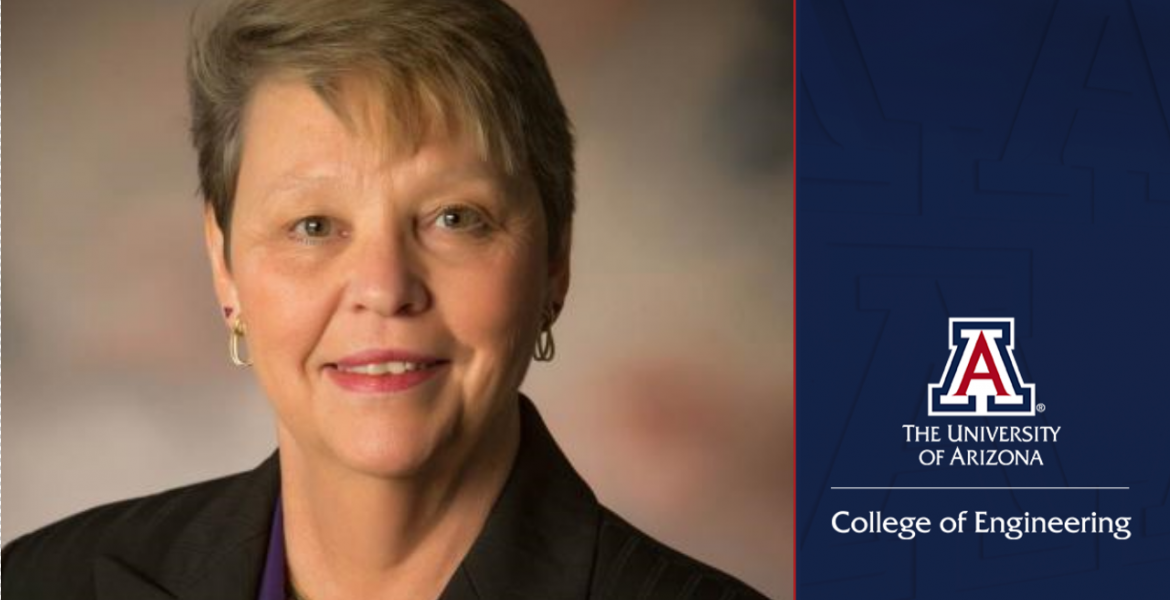 By
University of Arizona College of Engineering
Time to read
2 minutes
Print
a- a+
Read so far
Alum Barb Filas, self-proclaimed “mere mortal,” receives one of highest professional distinctions.

Barbara Appelin Filas, who earned a bachelor’s degree in mining engineering from the University of Arizona in 1978, has been blasting through gender barriers, leading companies and mentoring up-and-coming engineers for the last 40 years. Now the trailblazer is among the National Academy of Engineering’s newest class of members.

“I always thought the NAE was for academics with PhDs, not mere mortals like me with a bachelor’s degree,” said Filas, one of the first female graduates of the department. “I just never would have imagined that I would be in that class.”

Filas, who was cited “for business leadership, mining engineering achievements, and being a role model especially for young women mining engineers,” will be formally recognized during the organization’s annual meeting on Oct. 2, 2022, in Washington, D.C.

Election to the NAE is one of the highest professional honors for engineers. Membership recognizes outstanding contributions to research, practice or education. She is among 111 inductees this year, including fellow SME member Leonard Harris and entrepreneur Elon Musk, bringing the academy’s total membership to 2,388.

A licensed professional engineer and third-generation miner, Filas has worked on the far reaches of six continents and is internationally known for her expertise in environmental and social responsibility. Her father – whose father before him emigrated from Finland to work in Arizona’s copper mines – also earned a mining engineering degree at the UA.

One of her greatest honors was being the first woman president of the Society for Mining, Metallurgy & Exploration in 2005, for which the UA Department of Mining and Geological Engineering gave Filas a commemorative plaque. It still hangs on her wall.

“I’ve thrown away a number of plaques, and that’s not one of them,” said Filas, who is also the Nominations Chair and Chair of the Board of Governors for the National Mining Hall of Fame and Museum in Leadville Colorado, where she is being featured in a temporary exhibit called “Pioneering the Field: Women in Mining.” The Mining Foundation of the Southwest also honored Filas with a Medal of Merit in 2008.

Additionally, Filas played a major role in developing an online professional master’s degree in mining engineering and management at the Colorado School of Mines, where she was a professor of practice from 2017 to 2021.

“The program covers everything I wish I would have known when I took on an executive-level position in consulting and in a publicly traded mining company,” she said. “It was easy to tell students ‘This is the kind of stuff that you need,’ because when I moved into working at that level, the details of financials, securities and exchange requirements, and many other things, were all new to me and had to be learned on the fly. We put all that ‘stuff’ into the program so students can now jump-start their learning.”

Much has changed since Filas got her start in underground coal mines, when documents were drafted by hand, and as she moved through the ranks in an industry where women were few. But some things have stayed the same. In fact, Filas stands by a key piece of advice garnered from an early college class: Find a “high-status friend” at each job to act as your mentor.

“I did that with my first job, and to this day, the guy is still around, and he’s still my mentor,” she said, adding, “My time spent volunteering with SME has built my network beyond the people I’ve worked with over the years, because you’re really pretty narrow if you only communicate with the people who sit across the hall from you.”