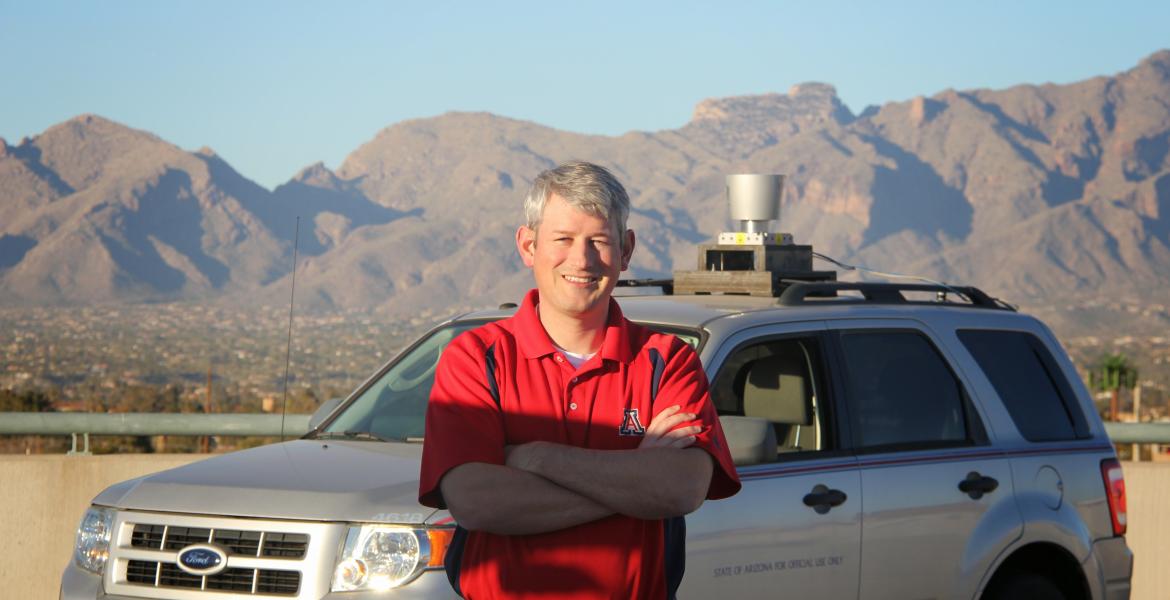 By
Emily Dieckman
Time to read
less than
1 minute
Print
a- a+
Read so far
Electrical and computer engineer brings an expertise in autonomous vehicle technology and cyber-physical systems.

The TRI is an internationally recognized entity that brings together interdisciplinary research teams to advance the next generation of transportation systems. Its members are working on projects including connected vehicle architecture, a mobile app to predict traffic flows and more efficient ways to transport produce from farms to grocery stores.

“I’m honored to serve in this interim role, and excited to showcase the amazing work already being done by UA researchers in transportation and mobility,” said Sprinkle, who is also the director of the Compositional Systems Laboratory.

Sprinkle, who has been teaching at the UA since 2007, is the recipient of a 2013 NSF CAREER Award, a 2014 Catapult Award from Tech Launch Arizona, and a 2020 University Distinguished Scholar Award, among many other accolades. His research into autonomous vehicles focuses on optimizing traffic flow for systems of cars, rather than individual vehicles, and uses the Cognitive and Autonomous Test Vehicle, or CAT Vehicle to gather data. In 2013, he co-founded the CAT Vehicle Research Experience for Undergraduates, a summer program which provides students from across the country the opportunity to conduct research into autonomous vehicles.

“With his extensive background in advancing systems of self-driving cars, his commitment to supporting the next generation of transportation engineers, and his record as a collaborator, Jonathan is a natural choice to lead TRI,” said David W. Hahn, Craig M. Berge Dean of the College of Engineering.