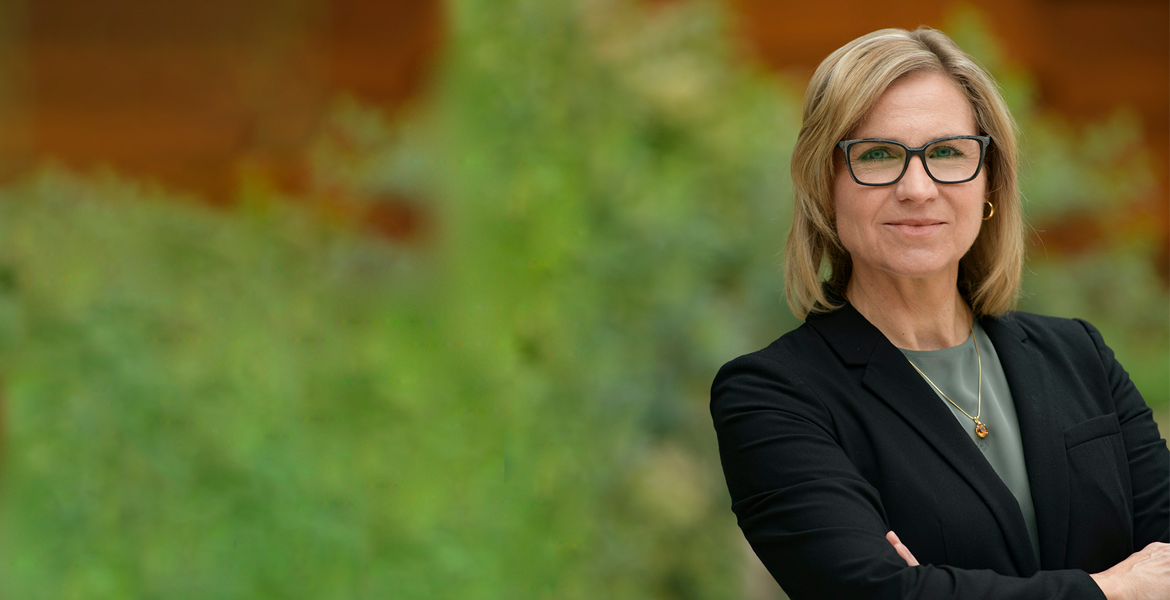 By
Emily Dieckman
Time to read
2 minutes
Print
a- a+
Read so far
BIO5 director will foster interdisciplinary research and education efforts in bioengineering.

In her newest role as the Thomas R. Brown Distinguished Chair of the College of Engineering, BIO5 Institute director Jennifer Barton will be working on major advancements in her early cancer detection research. The chair is tasked with advancing biotechnological research and education in the college, fostering collaborations with other colleges and campus units, promoting and working with diverse teams, and providing national leadership in the field of bioengineering to meet societal needs.

Barton, who also serves as a professor of biomedical engineering, electrical and computer engineering, biosystems engineering, optical sciences, medical imaging, and the BIO5 Institute, will be replacing former chair Linda Powers, who recently retired and was named a professor emerita.

“I am honored to be named the Thomas R. Brown Distinguished Chair,” said Barton, who has been with the university for more than 20 years. “I plan to accelerate my research in early cancer detection and try out some ‘I wonder…’ ideas that could be major breakthroughs but are too speculative for federal funders to support. I look forward to forming teams of basic scientists, engineers, physicians and entrepreneurs to tackle difficult biomedical problems, and to engaging students in all stages of research.”

The Thomas R. Brown Foundations, founded in 1998, are guided by the life principles of Thomas R. Brown, who founded Burr-Brown Research Corp., along with Page Burr, in 1956. Burr sold his share in the company after a few years, but Brown guided the company for more than four decades. Burr-Brown grew to become one of the world’s largest suppliers of high-performance analog semiconductors, and it was sold to Texas Instruments in 2000 in a stock deal worth more than $7 billion. At the time, it was the largest acquisition in the history of the semiconductor industry. The company also developed the first commercial solid-state operational amplifier.

“Burr-Brown amplifiers were part of the first class I taught at the university on biomedical instrumentation, and we could always rely on their excellent performance,” Barton said. “I have great admiration for Thomas R. Brown’s innovation and leadership, and for the Thomas R. Brown Foundations’ vision and generosity.”

Financial success aside, the corporate purpose of Burr-Brown was to provide something of value to humankind. The company did this not just by creating technology that improved telecommunications, medical imaging and scientific instruments. It also employed a diverse workforce of thousands of Southern Arizonans and gave employees opportunities to participate in ownership of the company.

As part of this mission, the foundation created five endowed professorships at the University of Arizona, started an extensive scholarship program at the university and developed a variety of initiatives to support K-12 and community college students.

"This prestigious professorship speaks directly to the legacy of Thomas R. Brown and the strong support of his family for the University of Arizona,” said David W.Hahn, the Craig M. Berge Dean of the College of Engineering. “Jennifer's record of teaching, research and scholarship is outstanding, and she will proudly carry the Brown name forward.”