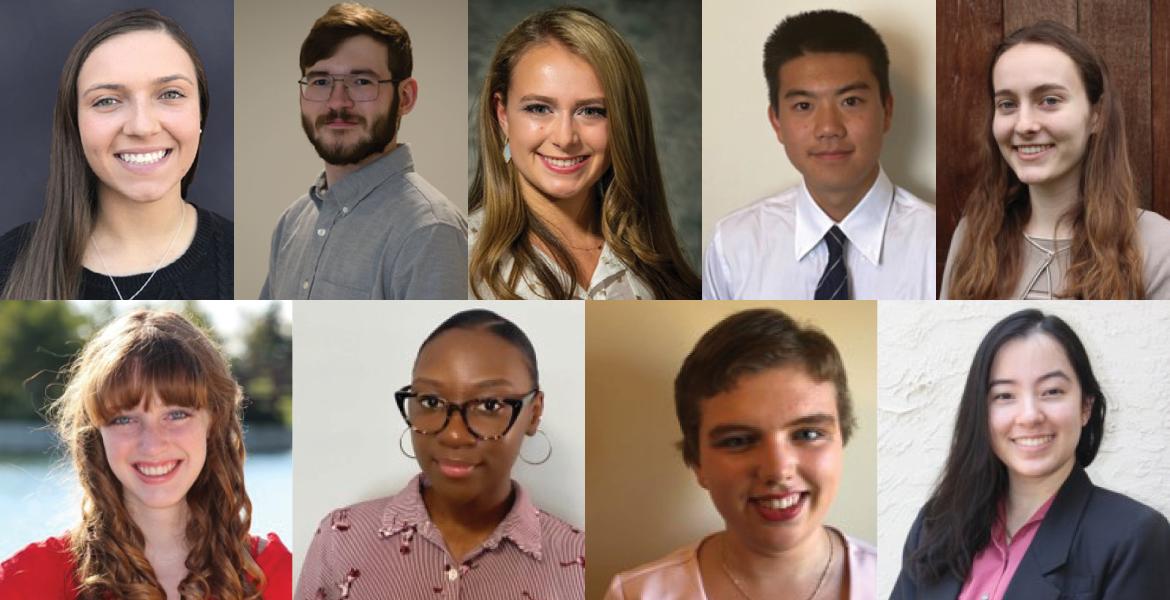 By
University of Arizona College of Engineering
Time to read
2 minutes
Print
a- a+
Read so far
Undergraduates across the nation participate remotely in a summer program to research autonomous vehicles.

Every year, undergraduate students from across the nation have the opportunity to work with the University of Arizona's Cognitive and Autonomous Test Vehicle, or CAT Vehicle, as part of a Research Experience for Undergraduates program funded by the National Science Foundation. The COVID-19 pandemic meant this year's program had to be done virtually for the first time. But this year’s cohort of nine students -- seven of whom were women -- still managed to conduct and present research about a number of areas related to autonomous vehicles.

“In spite of the many challenges posed by the pandemic with respect to travel, networking, and person-to-person meetings, these undergraduate researchers showed tremendous resilience and perseverance in working on projects remotely and communicating largely through video conferencing and workspace text apps,” said Sprinkle, who was recently named interim director of the Transportation Research Institute.

The students were split into four teams, each of which focused on a different topic. For example, students Megan Walter of the University of Oregon and Iris Jones of Washington State University worked to model driving profiles for the CAT Vehicle. Conducting valid simulations of autonomous vehicles depends on the ability to accurately simulate human driving behavior. Walter and Jones sought to train a model using an individual's driving data, and to test the ability of the model to predict trajectories that replicate the driver's style by using the model in a realistic simulated environment.

“Even with the limitations created by our current predicament, I was still able to grow so much, not only in my knowledge, but as a learner and a collaborator,” said Walter, who is studying math and computer science.

While an autonomous vehicle operates, it utilizes a myriad of sensors to observe its surroundings and determine the distance between itself and surrounding objects. Students Calvin Barrett of Haverford College and Tomo Bessho of University of Nebraska – Lincoln worked to set parameters for machine learning to detect objects identified by the vehicle's sensors. Barrett was certain he wanted to pursue a career in industry at the start of the summer, but he enjoyed the program so much that he’s now applying for graduate school.

“The CAT Vehicle program and its members have truly changed my outlook on the field of computer science,” he said. “The opportunities and resources that the CAT Vehicle program provides are certainly second to none, as are the faculty that worked so hard to keep the whole thing running smoothly.”

Current adaptive cruise controllers require the driver to resume control if the car ahead slows down or stops, and very few are capable of control at speeds lower than 18 miles per hour. Students Audrey Vazzana of the Rose-Hulman Institute of Technology, Savannah Ball of Monmouth College and Emily Baschab of the University of Alabama explored how to create low-speed adaptive cruise controllers that can operate safely in congested traffic.

“Together, with lots of phone calls, coffee, Discord, Slack, git commit and -- of course -- Zoom calls, we were able to learn how vehicle autonomy works, and to publish our findings on adaptive cruise control,” said Baschab, who is studying physics and math. “The challenges we faced were worth it for the reward of learning about this burgeoning field and getting to contribute to it.”

"Even though we faced a ton of challenges due to COVID, like having to work remotely, it actually helped me a lot. It really taught me how to communicate and be concise with my wording, especially over typing or through Slack, because we didn't always have face-to-face as an option,” said Kozel, an electrical engineering student. "Now I have some background as an undergrad as I go into my senior year."