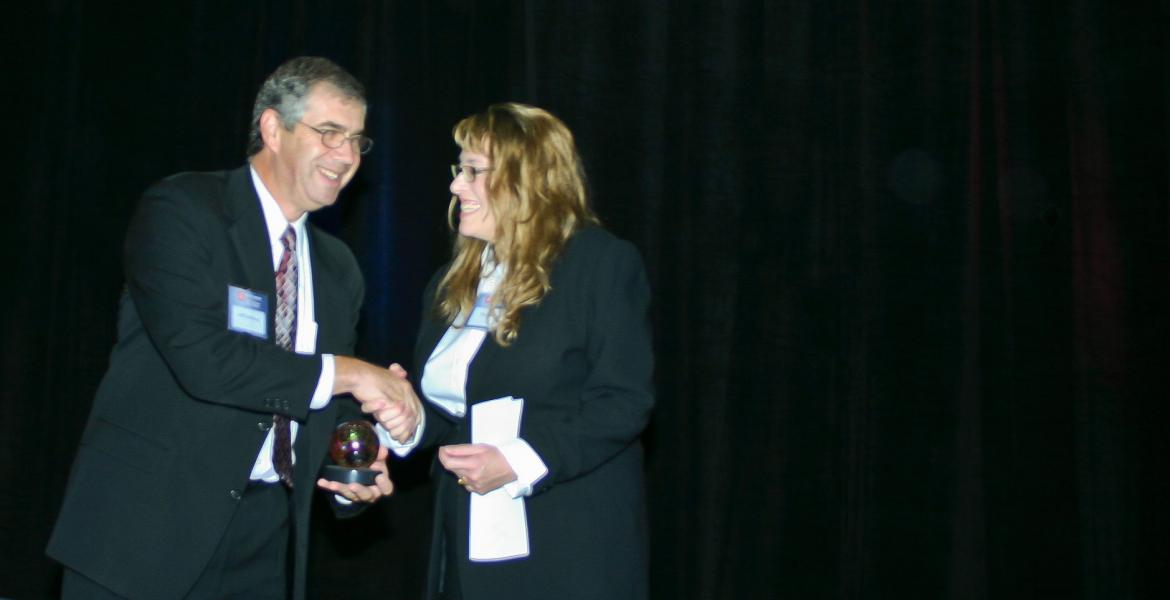 UA College of Engineering Dean Jeff Goldberg, left, presents the Shaping the Future award to Teri Spencer, co-founder, CEO and president of Ephibian, at the 2009 Technology and Management Awards Luncheon held Oct. 16 at the Arizona Biltmore Resort & Spa in Phoenix.

From Bar Codes to Biotech: TMAL Awards Honor Leaders in Management and Engineering

By
Pete Brown
Time to read
2 minutes
Print
a- a+
Read so far
Teri Spencer, the co-founder, CEO and president of Ephibian, won a Shaping the Future Award at the 2009 Technology and Management Awards Luncheon (TMAL) held Oct. 16 at the Arizona Biltmore Resort & Spa in Phoenix. 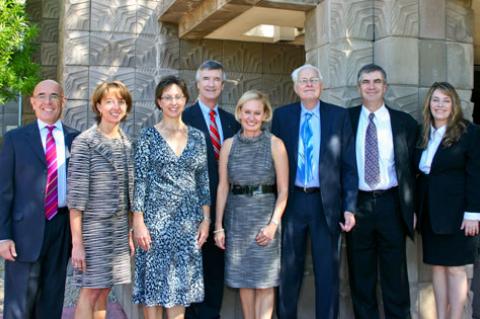 Under her leadership, Ephibian has grown from a few people in a garage to a company providing custom software development, data integration and web design services and software to companies around the world, including AOL, Intuit, Honda, AT&T, IBM, Marriott, Hughes, Sears, and Bell Atlantic.

The TMAL awards were established 11 years ago to recognize the competitive advantage resulting from collaboration between engineering and business, and to create awareness in the business community of the collaborative courses and student-focused programs being pursued by the College of Engineering and the Eller College of Management.

The awards were presented by UA President Robert N. Shelton; Paul Portney, dean of the Eller College of Management; and Jeff Goldberg, dean of the College of Engineering.

The other Shaping the Future Award went jointly to Roxanne Ivory and Teresa Briggs. Ivory is vice president of marketing for Limelight Networks Inc., before which she was a senior director of consumer marketing at Motorola, and director of worldwide product communications at Apple. Briggs is the managing partner for Deloitte Touche’s Silicon Valley practice, which comprises nearly 1000 people serving Silicon Valley’s technology and life sciences companies. 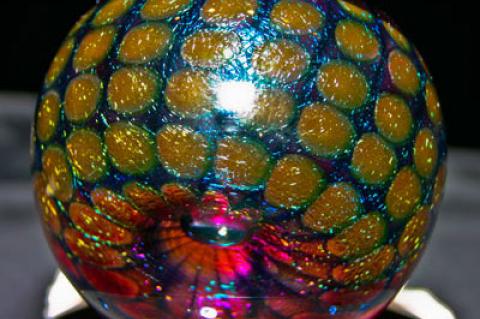 A close up of one of the prizes awarded at the TMAL Luncheon.

As vice president and later president and CEO of Intermec Corporation, he built the company from a small startup into the leading manufacturer of bar code equipment. He is now nonexecutive chairman of PathGuide Technologies, which he founded in 1989.

Allais is a major force in the field of data collection, and he has created five bar code symbologies: Code 39, Interleaved Two of Five, Code 11, Code 93, and Code 49. He is also a named inventor on five bar-code-related patents.

The Eller College Lifetime Achievement Award went to Cheryl Morley, who is responsible for enterprise strategy at Monsanto, including investment portfolio analysis, mergers, acquisitions and divestitures. She was previously president of the company’s Animal Agricultural Group, and led marketing and business development for its NutraSweet product.

The keynote speaker was Robert E. Grady, who retired in June as a director at the Carlyle Group, one of the world’s largest private equity firms. Grady’s speech focused on the importance of innovation to the U.S. economy. “In 2007, only two percent of the countries in the world were experiencing negative economic growth,” Grady told the audience. “The key reason for this success is the contribution of technological innovation to productivity and economic growth.”

Grady went on to say that, despite current conditions, there was cause for optimism. He cited the explosion in mobile devices. “Manufacturers and developers are in a war to serve us better, and the war is just beginning,” Grady said. He also pointed to the rise in cloud, or grid, computing and the $70 billion a year medical device industry as indicators of future economic health.