By
Jill Goetz
Time to read
3 minutes
Print
a- a+
Read so far
UA medical imaging and optics researcher will build faculty and enhance cross-disciplinary research and training opportunities in College of Engineering’s newest department.

Arthur F. Gmitro, a professor and researcher in the University of Arizona colleges of medicine and optical sciences, became chair of the UA College of Engineering department of biomedical engineering, or BME, effective Nov. 24. He succeeds associate professor and interim department head Urs Utzinger. 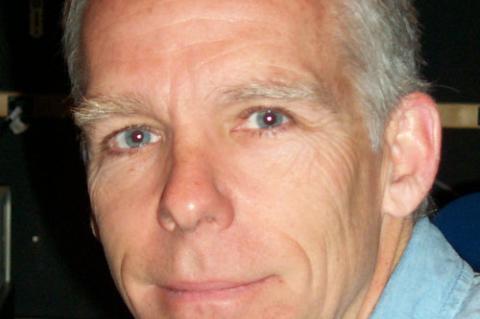 “Strongly supported by the University of Arizona provost and vice president for research, the appointment of Arthur Gmitro as head of the BME department reflects the University’s growing recognition of biomedical engineering’s increasing importance to effective health care,” said College of Engineering dean Jeff Goldberg. “This appointment will showcase the synergies between BME and other departments on campus, not only in the College of Medicine but throughout the University.”

He added, “Art is taking over from Urs Utzinger, who has given selflessly in his role as interim head of BME. He cannot be thanked enough for what he has done over the past couple of years.”

Gmitro, who has been on the UA faculty since 1987 and a full professor since 1996, is known to many in the College of Engineering. Generations of students have taken his courses in medical imaging and biomedical optics in the College of Optical Sciences. Faculty members know him through research collaborations, as a member of the UA Graduate Interdisciplinary Program in Biomedical Engineering and from his service on the Graduate Interdisciplinary Program Advisory Committee, which he led from 2005 to 2006.

Gmitro received a bachelor’s degree in engineering physics from the University of Illinois before earning master’s and doctoral degrees in optical sciences at the University of Arizona in 1974 and 1979, respectively.

“I have had the pleasure of watching Art Gmitro’s development since he entered the University’s optical sciences doctoral program,” said Harrison H. Barrett, Regents' Professor in the UA College of Optical Sciences and department of medical imaging.

After finishing graduate work, Gmitro joined the faculty at Yale University, where he taught for five years and founded a program in medical imaging.

Barrett noted, “A few years later, after an international search, our then radiology department hired Art to establish a new program at the UA in the emerging area of magnetic resonance imaging, which he did -- with great skill and leadership.”

He added, “I was delighted when Art was designated as the next head of the BME program. His broad knowledge of biomedical engineering and medical imaging, his calm demeanor and his devotion to education make him the ideal person for the job.”

Gmitro is developing miniature endoscopic devices in the UA Biomedical Imaging Laboratory, where he also studies the tumor microenvironment using novel optical and MRI techniques. He has been a principal or co-principal investigator on more than 10 major research projects in medical imaging, with funding from the National Institutes of Health, Arizona Biomedical Research Commission, American Cancer Society, Air Force Office of Scientific Research, American Heart Association and others.

His leadership positions have included directing the Biomedical Imaging and Spectroscopy Training Grant Program and co-directing the Cancer Imaging Program in the UA Cancer Center, where he became the Fenton Maynard Endowed Chair in Cancer Imaging in 2009. A Fellow of the American Institute for Medical and Biological Engineering, Gmitro has received the Rudolph Kingslake Award from SPIE, the International Society for Optics and Photonics; and the Francois Erbsmann Prize from Information Processing in Medical Imaging.

Big Plans for Growing the Department

The department of biomedical engineering is the College’s newest, formed in 2009. In 2014 it graduated its second class with 43 bachelor’s degree recipients.

“As a young department and a relatively young discipline, BME offers opportunities for innovations not only in the curriculum but in teaching strategies,” said Gmitro. “I thoroughly enjoy interacting with and learning from my students, and I will strive to hire new faculty who view teaching not only as a major commitment, but also as something they enjoy and want to do well.”

He added, “I look forward to working with the BME faculty to build a strong department that translates engineering innovation into improved cost-effective health care and educates the workforce necessary to achieve that outcome.”

It’s an exciting time for biomedical engineering at the University of Arizona, which Gmitro believes will take an increasingly important role in biomedical research and development for improved patient care.

“The future of health care is not only in providing improved treatments for patients with injury or disease, but in providing the resources and tools required for individuals to take a more active role in monitoring and maintaining their own health. I believe the UA has the foundation of interdisciplinary research collaboration necessary to help shape that future.”