By
Jill Goetz
Time to read
2 minutes
Print
a- a+
Read so far
Tania Eulalia Martínez Cruz, who earned her master’s degree from the University of Arizona in 2012, received the 2016 National Youth Prize for academic achievement from Mexican President Enrique Peña Nieto on Aug. 12.

At age 14 Tania Eulalia Martínez Cruz of the Mixe indigenous community in Mexico’s Oaxaca state left her mountain home on a bus for Texcoco, more than 12 hours away, where there was a high school she could attend. 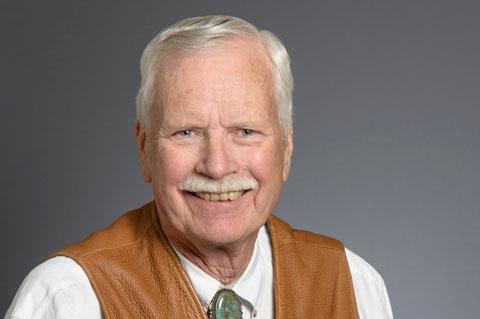 Mexican President Enrique Peña Nieto personally presented the award to Martínez Cruz and 17 others, selected from over 22,000 applicants, at his official residence in Mexico City on Aug. 12.

In the sole speech from an awardee at the event, widely covered in the national media, Martínez Cruz, 29, spoke of her indigenous roots and the striped Mixe scarf on her shoulders, which her grandmother told her to wear when traveling to remind other peoples “who we are.”

“My UA degree expanded my research and knowledge, particularly in using irrigation for bioethanol production,” she said. “I also gained confidence in a second language, as I had to manage of team of English-speaking research assistants, and in my skills as a researcher, thanks to an excellent supervisor who motivated and supported me.”

That adviser was Donald Slack, UA professor of agricultural and biosystems engineering, watershed management and eco-hydrology.

“Simply put, Tania is the best graduate student I have ever had,” said Slack, the Cecil H. Miller Jr. & Cecil H. Miller Sr. Families Dean’s Chair for Excellence in Agriculture and Life Sciences. “When she was finishing her thesis, I invited her and two other graduate students to join me at an engineering conference in Thailand. Tania won the award for best paper at the conference, over participants from Asia, Europe and the United States.”

Martínez Cruz is pursuing her doctorate with the Knowledge, Technology and Innovation Group at Wageningen University in the Netherlands and conducting research through the International Maize and Wheat Improvement Center, or CIMMYT, based in Texcoco.

She fortifies her agricultural work with research in socioeconomics, rural sociology, cultural anthropology and other social sciences.

“I feel committed to giving something back to my country, and the area where I can do it is in the agricultural sector,” she said. “The technical background is important, but so are the social aspects. I want to help agricultural projects reach more people who have been marginalized; and to do so, I have to better understand the social and cultural contexts in which these projects take place.”

“I want not just to create technologies and techniques to solve problems, but to understand the lives of indigenous peoples and farmers, so I can be more efficient as a scientist in helping them,” she said. “I am an engineer learning to be a social scientist.”

Martínez Cruz is one of 20 students from Chapingo Autonomous University to earn graduate degrees in agricultural and biosystems at the UA over the past 30 years, Slack said. Chapingo undergraduates have also studied biosystems engineering at the UA as interns, he said.

On Sept. 8, Slack will travel to Chapingo Autonomous University to accept an award for achievements in irrigation agriculture. Martínez Cruz will give him the award.