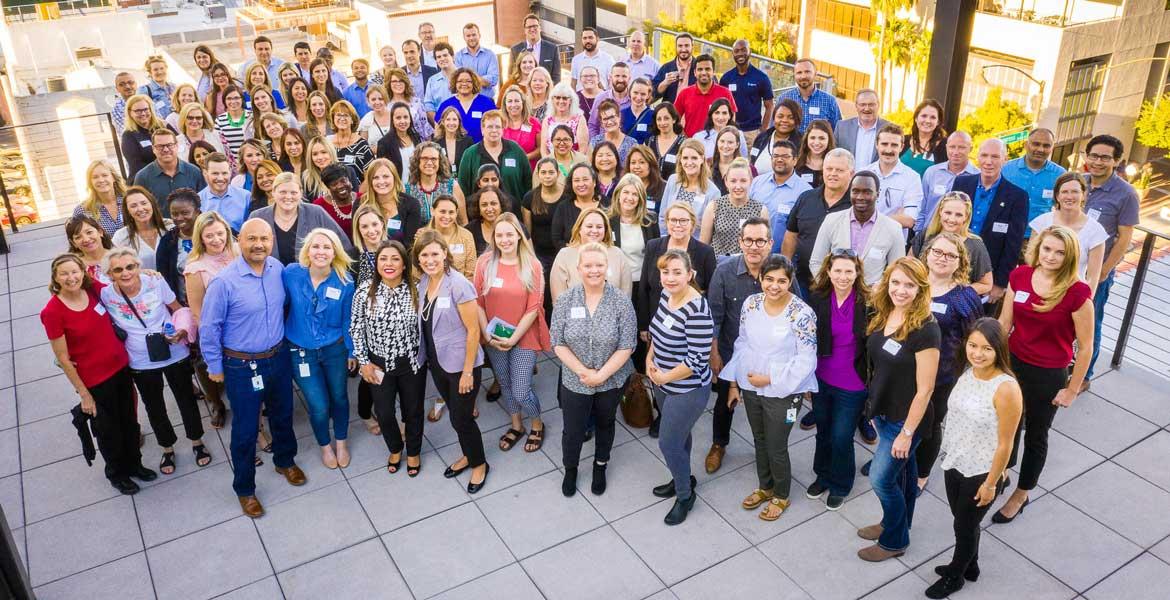 Attendees at the inaugural event for the new Arizona chapter of Women in Mining are all smiles.

By
Karina Barrentine
Time to read
2 minutes
Print
a- a+
Read so far
Rosa Maria Rojas, president of the organization and a University of Arizona mining and geological engineering professor of practice, says the payoff for diversity and inclusivity is great.

Women are not new to mining in the Southwest, but they still face some of the same barriers that existed more than a century ago.

Though largely unacknowledged, women prospectors clad in khaki tunics, wide-brimmed hats and thick-soled boots traipsed across the Arizona desert as early as the late 1800s. They have been prospecting, investing, assaying, milling and engineering ever since. Yet mining -- an industry in which multimillion-dollar technology long ago replaced pickaxes and shovels and where engineers are in high demand -- remains one of the most male-dominated professions in the world.

The recently launched Arizona chapter of Women in Mining USA is looking to change that.

“Diverse teams make for better results in terms of ideas and profit,” said Rosa Maria Rojas, assistant professor of practice in the UA Department of Mining and Geological Engineering and president of WIM-Arizona. “As companies increase diversity and inclusion in our industry, everyone prospers.”

‘We Can Do Better’

Today women account for between 8% and 13% of workers in the U.S. mining industry, according to government reports.

“We can do better than that -- if we provide enough support and resources,” said Rojas, who earned an MS in mining engineering at the UA in 2013. Her own parents had office jobs with one of world’s largest gold mining companies in Peru and initially tried to talk her out of a career in mining engineering. They thought it was too dangerous.

Diverse teams make for better results in terms of ideas and profit. As companies increase diversity and inclusion in our industry, everyone prospers."

WIM-Arizona held its inaugural event, which drew about 150 attendees, on March 29 at the Hexagon Mining headquarters in Tucson. Its aim is to attract, retain and advance women in mining, as well as to educate the public about the industry.

Establishing the chapter, open to men and women of all cultures and backgrounds, has been two years in the making, Rojas said. Membership is growing fast, and with more than 130 members already the organization seems here to stay.

“We saw the need to create a place where we could share our experiences as well as promote professional development to help retention and career progression,” said Rojas, who received a 2018 Outstanding Young Professional award from the Society for Mining, Metallurgy and Exploration.

Caterpillar’s Rea stressed that success in the industry, and beyond, is critically dependent on diversity and inclusion.

“With Caterpillar being a global company across many industries, we serve diverse customers with very diverse solutions,” he said. “It is critical to our success and our customers’ success that we adapt and build a diverse team that can serve globally.”

Perhaps WIM-Arizona’s most important role is guiding and mentoring the industry leaders of tomorrow.

“We need to continue to focus on getting female students into STEM careers, especially mining,” said Varela, who earned a BS in chemical engineering at the UA in 2006. “An organization like WIM can help with retention by providing broader opportunities to connect with women who understand the challenges and benefits of our industry.”