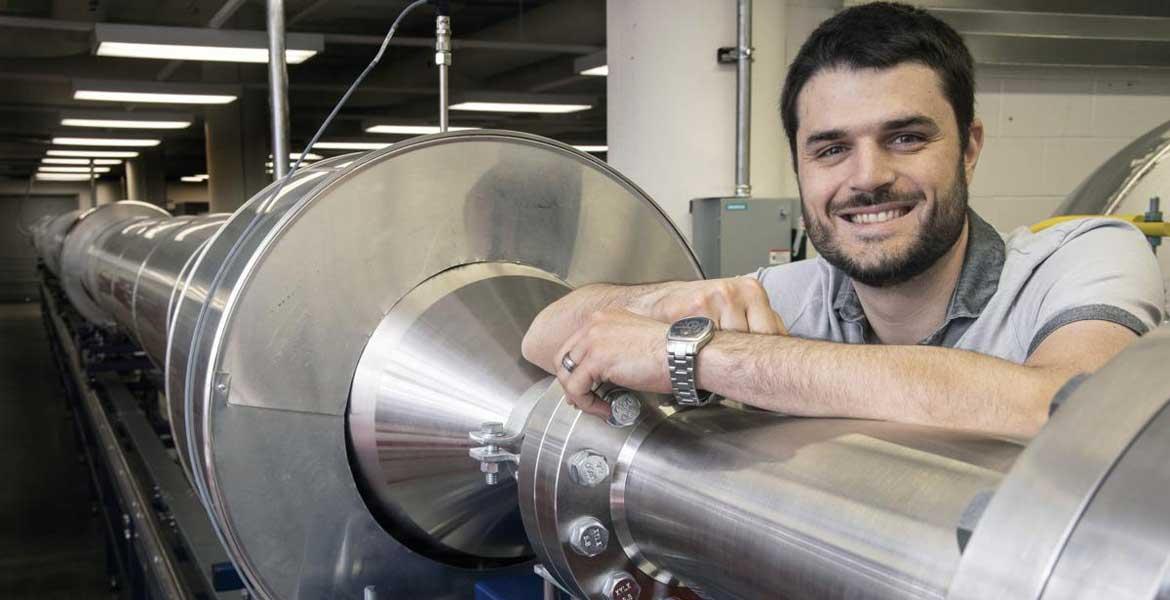 By
David Wichner
Time to read
1 minute
Print
a- a+
Read so far
UA engineers to test air speeds up to five times the speed of sound.

Scientists worldwide are racing to perfect hypersonic vehicles, which can travel at many times the speed of sound, for military as well as civilian uses.

Working to keep pace, the UA is in the final stages of installing two high-speed wind tunnels to help researchers -- and aerospace companies like Raytheon -- solve the unique challenges of flying something at hypersonic speeds of Mach 5 or faster.

Wind tunnels are used to test aerodynamic effects on objects such as aircraft, typically using much smaller scale models, and sometimes individual components.

Housed on the third floor of the UA Aerospace and Mechanical Engineering, or AME, building, the Boundary-Layer Stability and Transition Laboratory features a new hypersonic wind tunnel capable of testing at air speeds of up to Mach 5 -- five times the speed of sound, or about 3,800 miles per hour.

Sharing a parallel space and some common equipment in the lab is a smaller, Mach 4 tunnel acquired from another school.

When the school hired Alex Craig as an assistant professor in AME in mid-2016, department officials told him that they were in the process of acquiring the Mach 4 wind tunnel from Purdue University.

“I said, ‘I think that would be good to get started, but we really need something bigger,’” said Craig, who earned a doctorate in aerospace engineering from Texas A&M University in 2015 and was a postdoctoral research assistant at Los Alamos National Laboratory before joining the UA.

Craig and his colleagues convinced the administration to fund the bigger, faster wind tunnel to help researchers study the effects of hypersonic speeds as the U.S. military moves to develop hypersonic missiles and aerospace firms study hypersonic transportation.