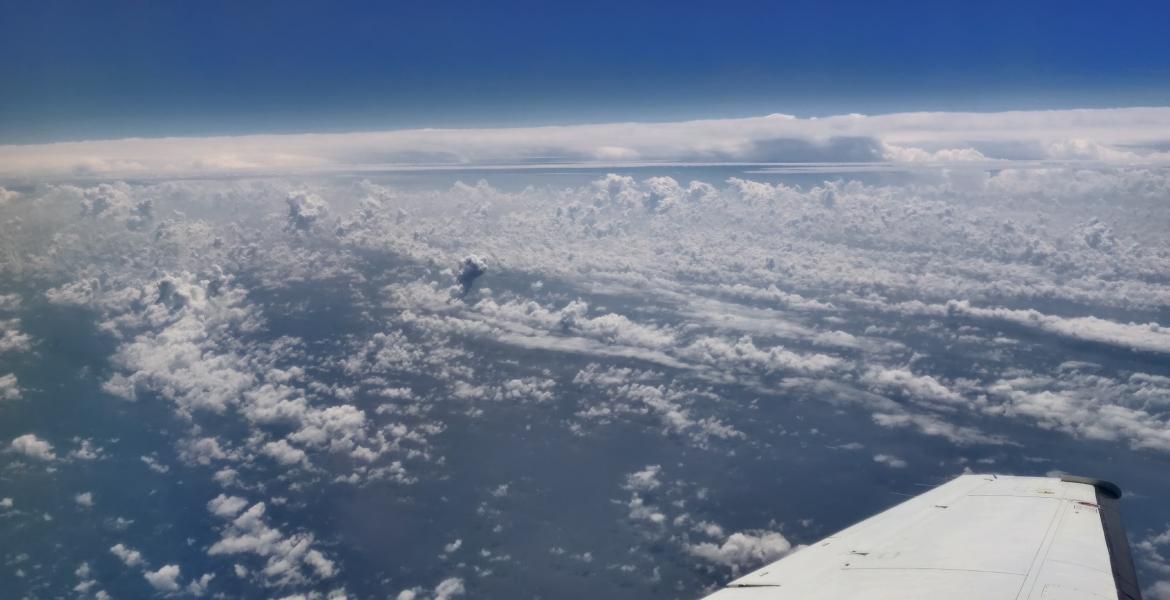 By
Emily Dieckman
Time to read
1 minute
Print
a- a+
Read so far
A multi-university team uses a multi-million dollar ABOR grant to learn about how emissions sources and the Southwest’s unique weather and climate influence the production of ozone and contribute to health issues.

From dust to fungus to smoke, pollutants in the air we breathe can have a major impact on public health. Ozone is another major culprit of respiratory troubles.

The Arizona Board of Regents has provided more than $2.5 million in funding to a multi-university team to investigate the state of ozone in Arizona. The team is led by Arizona State University, and the University of Arizona portion of the grant is $1,271,877.

Ozone, a gas made of three oxygen atoms, is highly reactive, which can be either good or bad, depending on the environment. High up in the stratosphere, ozone forms when oxygen interacts with ultraviolet radiation. This reaction creates the ozone layer we all know and love for reducing the amount of radiation reaching the Earth’s surface.

But down on the ground, ozone usually forms when two pollutants – volatile organic compounds and nitrogen oxides – react. When humans inhale ozone, the gas can react with biological molecules and cause problems ranging from coughing and an irritated throat to shortness of breath and reduced lung function.

Ozone is known to be dangerous to human health, so reducing their levels near the planet’s surface is becoming increasingly important. This gas is also known to be an especially prevalent problem in Arizona. The American Lung Association’s 2022 State of the Air Report ranked the Phoenix metro area as the fifth most polluted city in the country in terms of ozone levels. Pima County also received an F grade in the report’s ozone category for having too many “unhealthy air days” in which the county didn’t meet the national Ambient Air Quality Standard for ozone – 70 parts per billion measured over eight hours.

The Arizona Department of Environmental Quality shared a problem statement in autumn 2021: Scientists don’t yet understand how Arizona’s unique environment, including a dry climate, high dust levels, and high temperatures, affects the formation of ozone.

“Consequently, it is hard to know what actions can be taken to reduce ozone and ameliorate air quality,” said Armin Sorooshian, professor of chemical and environmental engineering and lead for the UA portion of the project, along with Ave Arellano, an associate professor of hydrology and atmospheric sciences.

Sorooshian is an expert in climate observations, currently leading a $30 million NASA mission to observe cloud-aerosol interactions over the Western Atlantic. Arellano, who is also a member of the Graduate Interdisciplinary Program Remote Sensing and Spatial Analysis, is an authority in Earth system modeling to determine how human activities and regulations may affect the environment and climate. With their combined expertise, they will work to learn more about the precursors behind ozone emissions and the processes that impact ozone levels over Arizona.

“There is growing recognition of the importance of better understanding Earth’s atmosphere and the constituents that can impact public welfare, weather and climate,” Sorooshian said. “University research is key to improving understanding of how to reduce concentrations of harmful pollutants like ozone. Furthermore, by collaborating with different Arizona universities on solving these tough problems, we can generate a greater impact.”