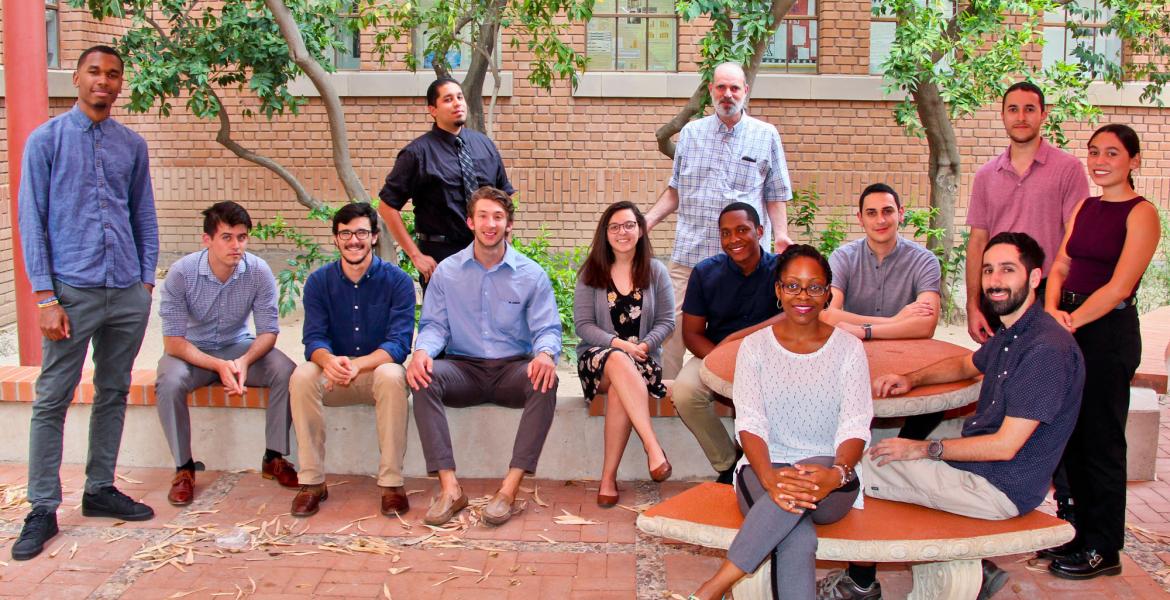 By
Emily Dieckman
Time to read
1 minute
Print
a- a+
Read so far
A $1.075 million grant from the National Science Foundation allows the UA to continue helping underrepresented students through the Bridge to the Doctorate Program.

Eze Ahanonu was first introduced to engineering in middle school, when he attended the Summer Engineering Academy at the University of Arizona. Somewhere in between designing aerodynamic car bodies in SolidWorks, 3D-printing them, and testing them in a miniature wind tunnel, he realized he wanted to pursue a degree in engineering. But it wasn't until his senior year at the UA that he realized he wanted to go to graduate school.

He applied to the Bridge to the Doctorate project established by the Louis Stokes Alliances for Minority Participation. The National Science Foundation program involves different alliances of universities across the United States; the Western Alliance to Expand Student Opportunity includes the UA, Arizona State University and several colleges in Colorado and Utah. The Bridge to the Doctorate project is designed to prepare underrepresented minority students in science, technology, engineering or math fields to enter competitive STEM doctoral programs.

"The moment I was accepted was extremely exciting," said Ahanonu, now a PhD student in the Department of Electrical and Computer Engineering. "I never expected I would be chosen to receive an opportunity like this."

Now, with a grant of $1.075 million from the NSF, the UA can provide the same opportunity for more underrepresented students. While this is the 12th award the Western Alliance has received, and the third cohort to attend the UA, this is the first year the award has been given directly to the UA, rather than subcontracted out by ASU.

"One of the many reasons it's really hard for minorities to get into a grad program – the biggest, most important reason – is the financial part," said Jim Field, the project's principal investigator and an assistant dean for graduate education in the College of Engineering and professor in the Department of Chemical and Environmental Engineering. "This grant relieves one of the huge barriers."