By
Jill Goetz
Time to read
2 minutes
Print
a- a+
Read so far
Bridge to the Doctorate fellowships help Hispanics, African-Americans and other students from underrepresented groups in higher education earn master’s degrees at the University of Arizona and go on to pursue PhDs.

The National Science Foundation has awarded $1.07 million to the University of Arizona College of Engineering to help increase diversity among domestic students planning to pursue doctorates in science, technology, engineering and math, or STEM, fields. 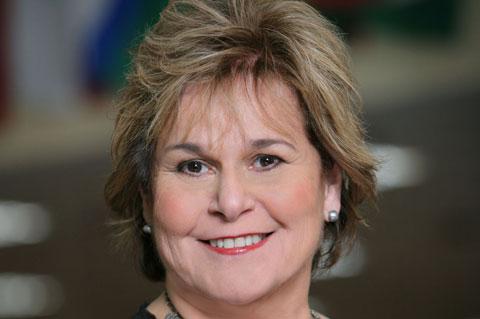 The NSF Bridge to the Doctorate award, funded through the Louis Stokes Alliances for Minority Participation, covers tuition and provides $32,000 in fellowships for two years for 12 underrepresented minority students in STEM.

The goal is to help more individuals from these minority groups, which represent nearly a third of the U.S population but less than a tenth of Americans with doctorates, pursue graduate degrees in STEM disciplines and increase workforce diversity, said Jim Field, assistant dean of graduate education in the UA College of Engineering and the project’s principal investigator.

“The University of Arizona has been a leader in efforts to increase diversity among graduate students, with nearly 20 percent of our graduate students in fall 2015 from underrepresented minority groups,” he said. “The NSF Bridge to the Doctorate grant will expand this work and raise our profile as a destination campus for people from diverse backgrounds who seek high-quality graduate degrees in STEM-related fields.”

The benefit could be especially great in Pima County, Arizona, home of the UA, where Hispanic and Native American populations exceed the national average, he added.

In Memory of Maria Teresa Velez

The NSF Bridge to the Doctorate program is named for the late Louis Stokes, Ohio’s first African-American congressman, who advocated for broadening educational opportunities during his 15 terms in the U.S. House of Representatives.

The UA award is dedicated to Maria Teresa Velez, an associate dean of the University’s Graduate College and mentor to generations of students until her death from cancer on April 13, 2016. She is listed as a co-principal investigator on the project.

The UA is partnering with Arizona State University, headquarters for the Bridge to the Doctorate program’s Western Alliance to Expand Student Opportunity.

This is the University of Arizona’s second NSF Bridge to the Doctorate grant, following a $987,000 award for 2012-2014. Of the 13 participating UA Engineering graduate students, all earned their master’s degrees, and nine went on to enter UA doctoral programs in STEM-related fields.

In the latest project, announced in August 2016, 19 faculty members from the College of Engineering, College of Science and College of Agriculture and Life Sciences are mentoring and advising the graduate students, who will hone their professional skills attending conferences and participating in student chapters of the Society of Hispanic Professional Engineers, Society for Advancement of Hispanics/Chicanos and Native Americans in Science, American Indian Science and Engineering Society, and National Society of Black Engineers.

The University of Arizona College of Engineering has completed recruiting students for the 2016-2018 NSF Bridge to the Doctorate program. For more information, contact Jim Field at jim.field@email.arizona.edu or 520.621.0704.