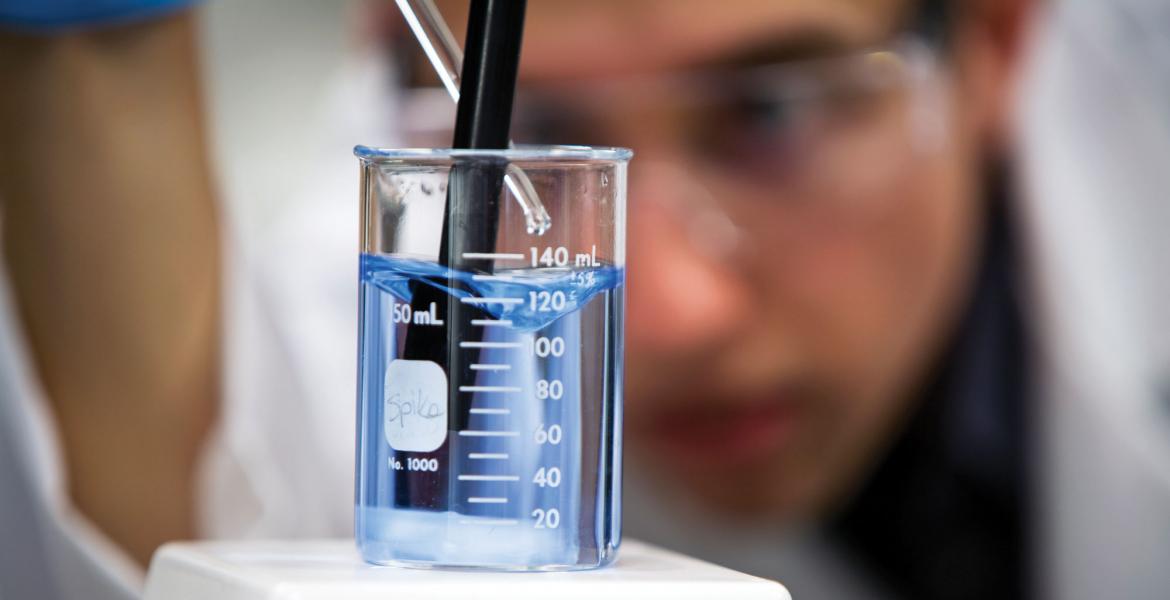 By
Pete Brown
Time to read
3 minutes
Print
a- a+
Read so far
Professor Kevin Lansey, head of the Department of Civil Engineering and Engineering Mechanics, and four UA colleagues have been awarded $2 million by the National Science Foundation to research water reuse and supply systems.

The NSF’s Office of Emerging Frontiers in Research and Innovation is funding the research project -- Optimization of Dual Conjunctive Water Supply and Reuse Systems with Distributed Treatment for High-growth Water-scarce Regions -- which will ultimately produce a computer model for water managers who are grappling with the problem of using less energy while meeting increased demand for water.

Although the U.S. Government Accountability Office has reported that as many as 36 states will experience a water shortage in the next five years, this research project is particularly relevant to the serious problems faced by water managers in Arizona, which is already experiencing explosive population growth coupled with drought.

Arizona’s surface-water supplies, especially near urban areas, are all spoken for, and many communities rely on water pumped up from aquifers. Such a resource is unsustainable, and some of Lansey’s research revolves around the question of how willing we are to reuse wastewater and to what extent.

“In water-scarce areas, people will eventually have to use reused water as part of their water supply,” says Lansey. “And now the question is how much further people will use it.” A dual water supply circulates two types of water throughout a community -- fresh and treated. Fresh water is what we drink and wash in; treated, or recycled, water is nonpotable and used mainly for irrigation.

Lansey defines the research project has having three goals, or three costs, what he describes as a “triple bottom line.” They are, he says, “economic cost, environmental cost -- which includes energy consumption and greenhouse gas production -- and social costs, or social acceptability.” The research group will work with the City of Tucson, Pima County and Global Water, a private water provider.

Based on Lansey’s proposed model of decentralized, distributed water treatment plants, it is apparent that Tucson is doing things the hard way. Tucson has two wastewater treatment plants within a mile of each other in the northeast part of the city. One of the problems with clustering facilities in this way is the prodigious amount of energy required, and greenhouse gases emitted, to move the vast volumes of water around the city between consumers and treatment plants.

For example, water used by Vail residents, in the southeast part of Tucson about 25 miles away from the water treatment plants, has to be pumped as wastewater all the way back to the plants via pump stations. Golf courses or individual households -- or even firefighters -- in Vail may want to use recycled water because they expect it to be cheaper than clean water. However, pumping all that water back to Vail for reuse makes every drop virtually as costly as fresh water.

This is the problem at the heart of Lansey’s research project, and where the computer-modeling tool will play a role. “Instead of having one centralized plant, choose a decentralized design,” says Lansey. “You could have multiple satellite wastewater treatment plants based on a dual distribution system that provides potable water for consumption and nonpotable water for reuse.”

This is what’s known as the “purple pipe system,” so called because of the established and growing practice of running treated but nonpotable water into residences and businesses through purple pipes, so that plumbers know the difference between regular water and water for reuse.

Lansey’s group will look at where to locate these decentralized plants. The group will also consider how to make such systems reliable, and how to ensure that the water being served is of the appropriate quality. “We’re going to show what’s cost effective at what scale,” says Lansey.

Parallel increases in drought and population mean hard choices ahead for residents of the Southwest. Reusing water means not allowing it to flow back into the environment. In Tucson, for example, the water treatment plants release between 30 and 40 million gallons of water a day into the Santa Cruz River, which supports an endangered riparian cottonwood-willow ecosystem that is home to many other threatened or endangered species.

“If you start taking that water and reusing it for different purposes,” says Lansey, “you have a trade-off between how much to supply for environmental purposes versus how much for human uses.”

Another hard choice will eventually have to be made regarding the reuse of water for drinking. People have made it very clear that the notion of drinking former sewage water can be hard to swallow. The City of Los Angeles tried it in the 1990s, but a newspaper headline -- “toilet to tap” -- scared so many residents that the plan was scrapped virtually overnight.

The technology does exist to fully purify wastewater and make it safe and potable, but our resistance is understandable, despite photographs of nervous-looking politicians standing in front of filtration ponds drinking a beaker of water from whatever purification plant they are opening. In the desert Southwest, Lansey can see the day coming when demand for clean drinking water makes it a costly commodity. “We either accept expensive water or we leave the desert,” he says.

Assistant Professor Guzin Bayraksan of the Department of Systems and Industrial Engineering specializes in decison-making under uncertainty. She will take the lead on mathematical modeling and optimization of the tool that will be used to evaluate water supply and wastewater treatment system configuration options.

Assistant Professor Christopher Scott of the Udall Center for Studies in Public Policy and the School of Geography and Development will apply his expertise in legal, institutional, social and public perception issues by investigating, among other things, public opinion regarding water reuse and wastewater plant location.