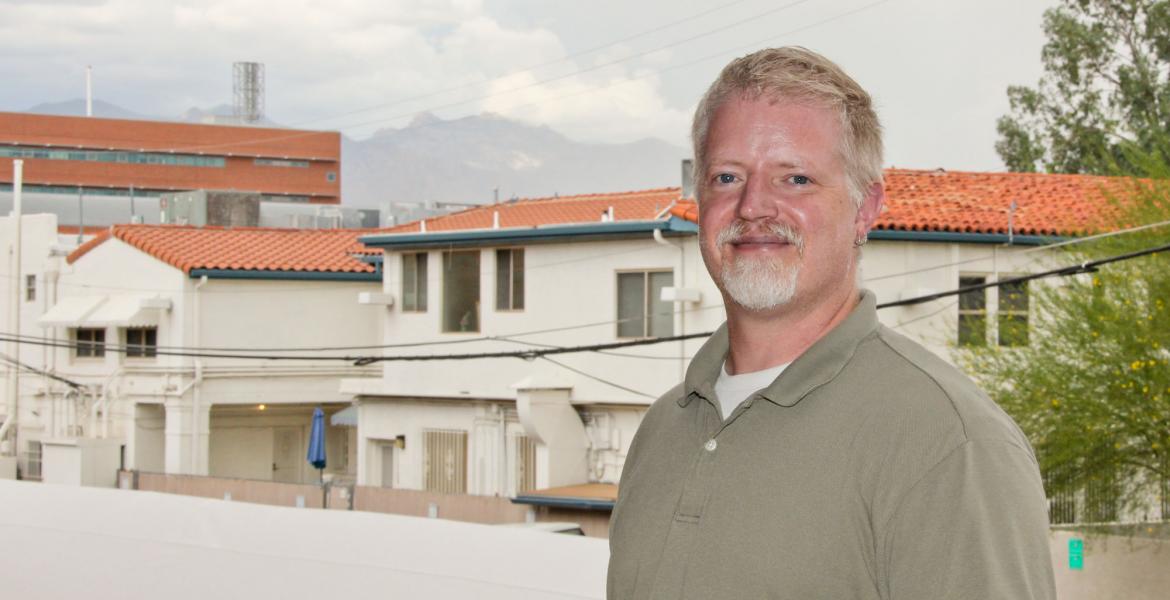 Boccelli met former department head Kevin Lansey while Boccelli was in grad school and Lansey was already a faculty member at the UA. After years of hearing Lansey talk about the outstanding faculty and opportunities for collaboration at the UA, Boccelli was enthusiastic to hear about the opening for a department head position. The opportunity seemed like a good fit -- and not just because his research is focused on water resources, a particularly crucial field in the UA’s hometown of Tucson, but because of the current trajectory of the department.

“Between the water-related research opportunities and the feeling that there really are opportunities here for interdisciplinary research, it was a good match,” Boccelli said.

Taking the Lead for a Willing Crew

He’s ready to take on a leadership position, especially in a department full of faculty who frequently collaborate with other groups across the college and university.

“Meeting everyone here has been fantastic,” he said. “You can tell everyone here is really excited about the trajectory of the department. I’m coming into a good situation.”

Students are always at the core. That’s what we’re here for."

“We are excited to have Dominic Boccelli join the Department of Civil and Architectural Engineering and Mechanics as department head,” said Larry Head, interim dean of the College of Engineering. “Dominic brings fresh leadership to a growing department that recently added architectural engineering as an undergraduate degree. The faculty and I look forward to working with him.”

Boccelli said one of his biggest priorities is to continue providing opportunities through the university’s micro-campuses, such as the newest campus, which opened in Phnom Penh in fall 2017 and offers a civil engineering program.

“The micro-campuses have the potential to have a huge impact on the department,” he said.

Boccelli’s research has been funded by the National Science Foundation, the Water Research Foundation, the U.S. Environmental Protection Agency and the Binational Science Foundation, a partnership between the United States and Israel. He and his co-author received the award for Best Research-Oriented Paper in the Journal of Water Resources Planning and Management in 2016. In 2015, he received an Endeavour Executive Fellowship in support of his sabbatical at the University of Adelaide. He serves on the editorial boards for the Journal of Hydroinformatics and the American Water Works Association.

His current research focuses on developing real-time network-modeling capabilities to help monitor and improve water quality and strengthen leak-detection and contamination-warning systems. After all, he pointed out, in Tucson, you can’t afford to lose water to leaks.

When Boccelli isn’t working, he enjoys spending time with his wife and two children, and playing the occasional game of softball.

He said he’s come a long way in his teaching methods since his first teaching job, but what has remained the same is his determination to do what’s best for students.

“Students are always at the core,” he said. “That’s what we’re here for. There has to be a balance in decision-making, but at the end of the day, we have to make sure that students and their education are still at the forefront.”