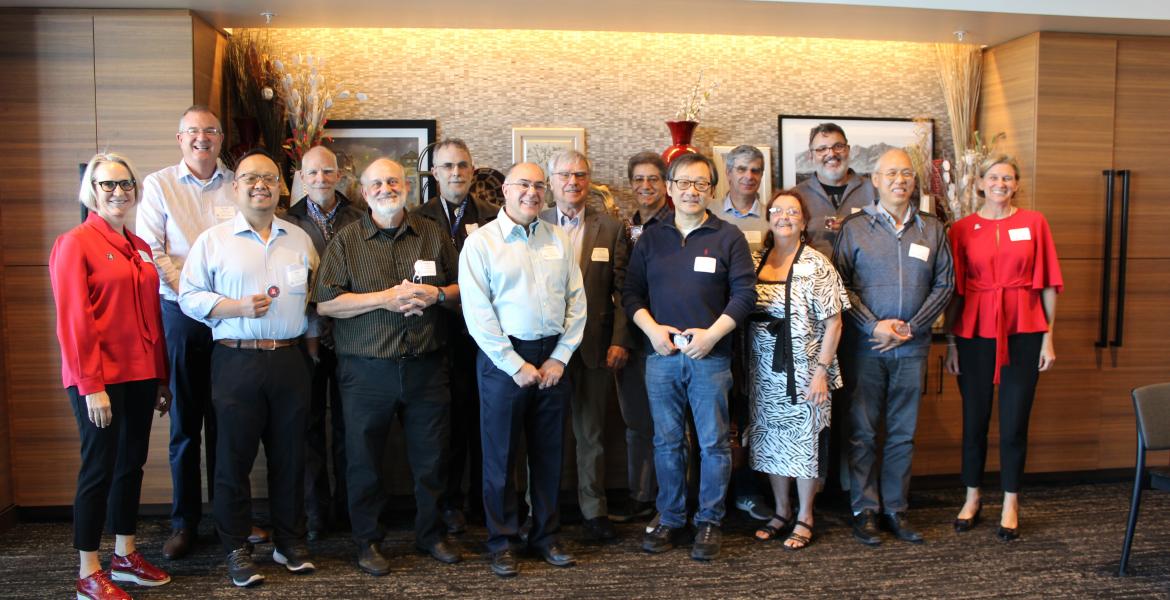 The 2022 Patent Medallion recipients pose for a photo.

The College of Engineering and Tech Launch Arizona recognized 20 inventors for their hard work, creativity and courage at the first annual Patent Medallion Luncheon in early March. The engineers received medallions to commemorate their patented inventions — which ranged from a quantum-analogue computer to a cancer detection device to a technique to improve hypersonic flight.

Betsy Cantwell, senior vice president for research and innovation at the University of Arizona, said it takes courage to pursue entrepreneurship and go beyond what is traditionally expected of faculty members.

“[You are] adding to the plate that one of the things you want to do with your research is to have a different kind of impact,” she said. “That is a flavor of courage we are looking to support. … Thank you all for being courageous, whether you know it or not.”

With 82 invention disclosures, 95 patents filed and 25 patents issued in FY 2021, the College of Engineering is a leader at the University of Arizona in invention disclosures and patents. In its 2021 Annual Report, TLA noted that the College of Engineering was a standout in number of Asset Development awards and amount of total funding received to help advance early-stage inventions.

Doug Hockstad, assistant vice president of Tech Launch Arizona, thanked the inventors for their part in bringing the university to No. 28 in the world among universities granted U.S. utility patents. The position marks an 11-point jump from the previous year and a 38-point jump from the year prior.

“I’m very proud that our college is so innovative,” said David Hahn, Craig M. Berge Dean of the College of Engineering. “It’s certainly something that I value immensely. It’s about putting inventions out into the world and into the market. That’s impact, and that’s what engineers do.”