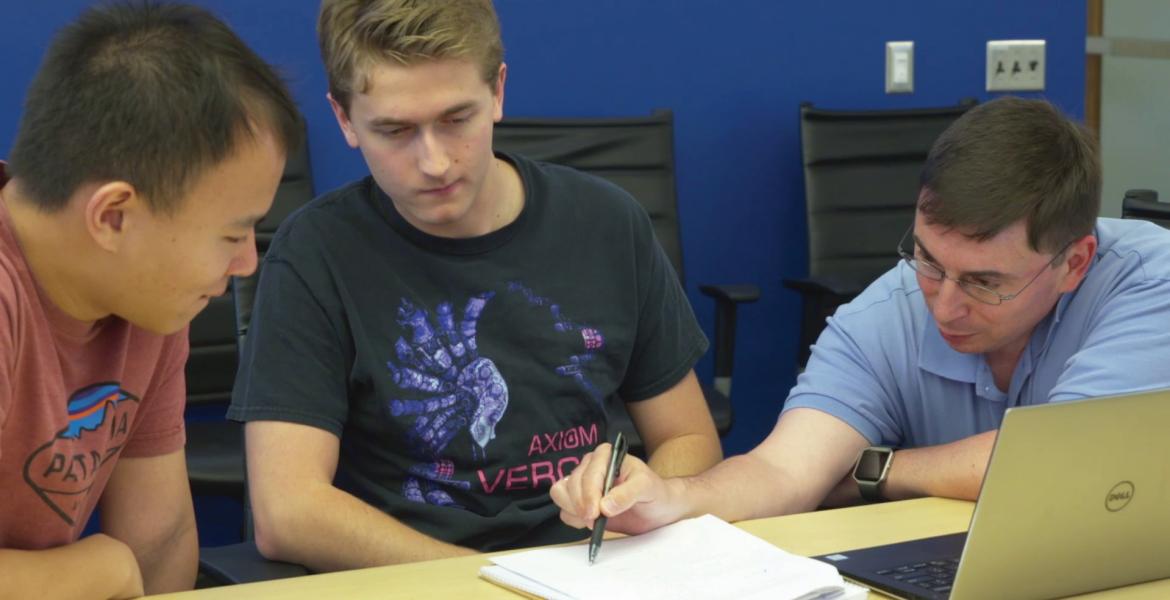 When someone wants to share truly sensitive information, encrypting the information so adversaries can’t read the content might be enough. However, sending the information covertly, or in a way that covers up the fact that a message was sent at all, is an even safer bet.

Boulat Bash, assistant professor of electrical and computer engineering, has demonstrated how using quantum resources can substantially increase the limit on information that can be sent reliably over a covert channel.

Now, he’s received a National Science Foundation CAREER Award for $500,000 for his research in applying quantum resources to covert channels – this time focusing on sensing, rather than communication.

“The CAREER Award is very competitive, and many winners don’t receive it until their second or third try,” said ECE Department Head Tamal Bose. “I am proud of Boulat for winning the award on his first attempt, and excited to see the impact of his work in areas including military intelligence and organizations of civil unrest.”

Before computers can communicate, they must first learn about the channels on which they are communicating. That’s where sensing comes in: By transmitting signals that don’t carry information, parties can see how a channel might distort or affect an actual message.

Tasks like sensing, communicating and computing are often done via classical processes, which are accomplished using bits of information made up of 0s and 1s. Quantum processes use qubits, which can exist as 0s and 1s at the same time, making them very powerful.

So why not apply quantum resources to everything? For one, the technology is still in its early stages, and its power is often offset by the fragility of maintaining quantum states. Think of a bit as being a coin showing either heads or tails, and a qubit as spinning coin, which could collapse at any moment. Furthermore, sometimes quantum methods perform only as well as their classical counterparts, making classical the easier and less costly choice in such scenarios.

“When you add quantum, you add complexity to a system,” Bash said. “You have to add all sorts of gizmos that are difficult to make and that cost money.”

Radar systems, for example, operate in the realm where the noise and interference levels are high. However, classical radars also have high power levels, which they can use to push their transmissions through all the noise. Lidar, or laser-based, sensing systems, operate in the regime where the noise level is inherently low. Thus, classical lidar doesn’t need high power to overcome it.

A combination of both high noise and low transmitter power is very unusual, and difficult for any system to work in. However, these are the exact conditions needed for covert operations. Think about trying to move across a field undetected: You’d want lots of noise and other interference around to make you less noticeable. And you wouldn’t want to plow through in a high horsepower vehicle if you were trying to slip by unnoticed.

That corresponds very directly to the sweet spot of where quantum has the most benefit.”

“To operate covertly, you have to have high noise so that you can hide your probes somewhere, and you have to have low power for the probes, because of the code requirements,” Bash said. “That corresponds very directly to the sweet spot of where quantum has the most benefit.”

Bash anticipates that his research could lead to enormous advances in covert sensing. He also hopes to generate interest among the next generation of engineers through the campus Arizona Science Engineers and Math Scholars, or ASEMS, program. He’ll offer a series of workshops that focus on how quantum information science and technology can affect familiar systems, such as radar. Plus, he’ll recruit a handful of “quantum scholars” from the workshops each year to receive ongoing mentorship.

“The goal is to bring this information to students who might not think about this as being available to them, or as something they can succeed at,” Bash said. “I feel that if I get one person who otherwise would not be entering into the quantum field through this program, it would be a win.”