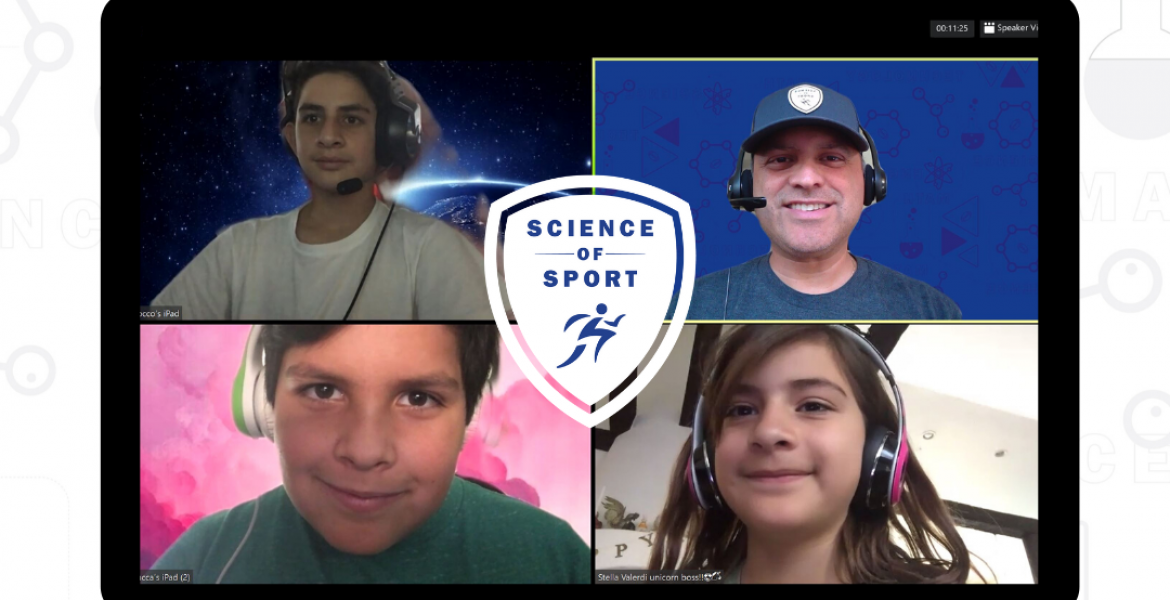 By
Emily Dieckman
Time to read
2 minutes
Print
a- a+
Read so far
Science of Sport, founded by University of Arizona systems and industrial engineering professor Ricardo Valerdi, is helping kids keep their brains and bodies active without leaving home.

Science of Sport, a nonprofit organization focused on teaching elementary and middle school students about STEM through sports, has created online offerings to keep kids learning and active throughout the pandemic. In place of the in-person summer camps it has offered for the past seven years, the University of Arizona-born organization will be hosting a series of eight virtual summer camps, available to middle schoolers throughout the country.

New Offerings in Response to Pandemic

As soon as stay-at-home orders were issued, the Science of Sport team, headed by UA systems and industrial engineering professor Ricardo Valerdi, began offering free webinars through its Facebook page. Topics ranged from the geometry of stadium design to mathematically honing free throws and broad jumps. Professional teams, such as the New York Knicks and Los Angeles Dodgers, are also posting free Science of Sport virtual lessons on their websites.

Let’s get kids doing math and science, while also keeping them active. Who wouldn’t want to do that?”

Science of Sport, which also develops curriculum and trains educators to teach kids about STEM through athletics, typically partners with major sports teams in five cities for its in-person summer camps. This summer, many kids are stuck at home, and one survey from ParentsTogether reports that U.S. children are spending twice as much time online daily as before the COVID-19 pandemic -- up from about three hours to six. Valerdi hopes these virtual camps will prevent boredom and an excess of sedentary screen time.

“Let’s get kids doing math and science, while also keeping them active,” he said. “Who wouldn’t want to do that?”

The weeklong camps last two hours each weekday, starting off with a live Zoom call, then transitioning to hands-on activities, some of which are explained in prerecorded videos.

“For example, we have a video about how to measure your strike zone in baseball,” Valerdi said. “We ask students to go get materials like a marker, a piece of paper and a tape measure, and we’ll work on actually doing it together. Then students can take photos of their strike zones and upload them.”

The camps also integrate activities related to nutrition, points scoring, and mathematical concepts ranging from percentages to geometry to statistics. Some activities involve miniature scavenger hunts, like finding a piece of food with a nutrition label. The only materials needed are commonly available household items, such as paper, a pencil, a trash can and tape.

“Doing this digitally actually makes our offerings scalable,” Valerdi said. “Before, it required me to get in a car or get on an airplane and go do this somewhere, but now we can reach thousands -- tens of thousands -- of kids just this summer, and nobody has to take any transportation. When registration for the virtual camps opened, the first kid who signed up was in Florida, and the second was in Oregon.”

For the past two years, Science of Sport has been developing the STEMadium app, funded by the National Institutes of Health. The app gamifies about eight of the traditional, in-person, baseball-related STEM lessons. In a stroke of perfect timing, it will be ready this summer, and the organization is partnering with Little Leagues and chapters of Boys & Girls Clubs of America in multiple locations to test the effectiveness of the app.

All students participating in the controlled study get free access to the digital summer camps. Half are temporarily provided with the app and tablets to use it, complementing what they learn in the camp sessions. The study investigates how well students using the app learn compared with those not using it.

Valerdi’s own children, 8, 10 and 12, are attending Science of Sport camp sessions in lieu of their traditional summer camps, and have even helped him film some of the course materials. Having his children at home during the COVID-19 crisis has given Valerdi plenty of practice doing middle school math, so he feels extra well-prepared for the summer camps.

Register here for one of the Science of Sport summer camps listed below.