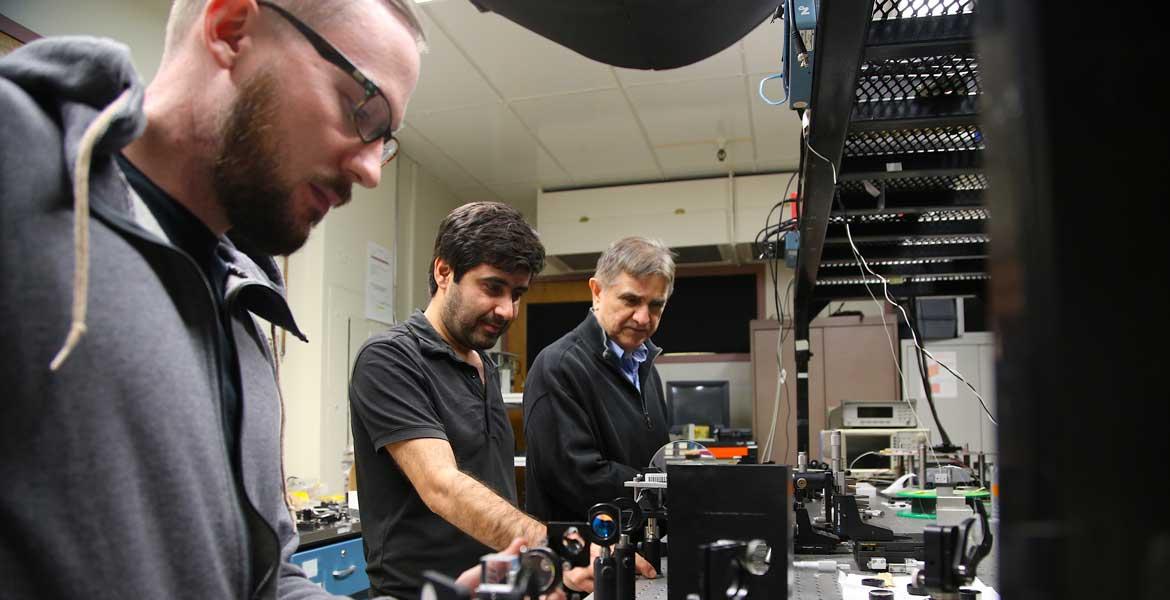 Researchers at the University of Arizona have developed a new breed of augmented reality display that is capturing high-tech imaginations. Inventor Nasser Peyghambarian, a professor of optical sciences and materials science and engineering, has been working on video holograms for over two decades.

Today’s popular virtual reality technology uses goggles that completely block out the outside world. In contrast, augmented reality creates an environment that layers computer-generated perceptual information like images, sounds or touch over what we experience in the real world.

While companies like Microsoft are commercializing devices such as HoloLens 2 that enhance virtual and augmented reality, the inventions that EARDG Photonics Inc. has licensed represent a different technological approach. The new technology will provide augmented reality wearable glasses that allow users to combine the real world around them and an augmented holographic video display with superior performance.

Peyghambarian is leading the company along with Lloyd LaComb, also a UA optics research professor and experienced industry leader. The two have a history of successful collaborations; together they developed TIPD, another company advancing 3D holographic displays. Working with Tech Launch Arizona, the UA office that commercializes inventions stemming from research, EARDG has licensed the technology, along with associated technology from TIPD, to develop it and bring it to the marketplace.

“While it is important to conduct state-of-the-art research at universities and publish in high-impact scientific journals, it is as important to have a consistent effort on translating innovative research out into the real world through technology transfer and creation of startup companies so that it not only creates jobs, but also improves lives," Peyghambarian said.