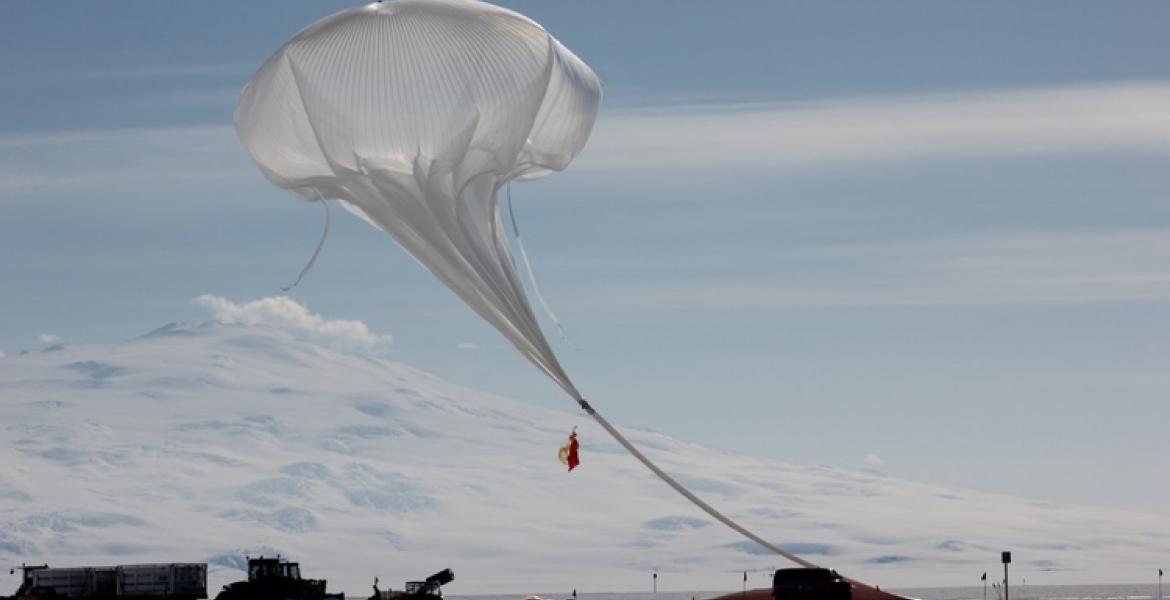 Christopher Walker's team successfully launched the Stratospheric Terahertz Observatory, which served as a pathfinder mission for GUSTO, in December 2016. Carried by stable, circumpolar winds, the airborne observatory completed a three-week flight and collected data from a portion of the Milky Way. (Photo: Brian Duffy and Christopher Walker)

By
Lucio Guerrero
Time to read
1 minute
Print
a- a+
Read so far
The UA’s strengths in areas like transportation research make it one of the top research universities in the country, according to a survey recently released by NSF.

With $622 million in research activity in fiscal year 2017, the University of Arizona ranked as one of the top 25 largest research universities among all public institutions, according to data released last week by the National Science Foundation.

In the latest survey, the UA ranks 23rd among all public universities – the highest among Arizona institutions – and 38th among all U.S. universities, both public and private.

The UA's $622 million in R&D expenditures in fiscal year 2017 surpassed the previous year's total by nearly $20 million and put the UA among the top 5 percent of all universities nationwide.

"University of Arizona researchers have had great success over the past year, both in their efforts to attract funding for their work and in the impact that they have in Arizona and globally," said UA President Robert C. Robbins.

One of the projects with the highest impact in fiscal year 2017 was a $15 million, multicampus grant from the U.S. Department of Transportation to help transform research, education and outreach related to the nation’s pressing transportation issues. Larry Head, interim dean and professor of systems and industrial engineering, and Yi-Chang Chiu, associate professor of civil and architectural engineering and mechanics, are leading research projects with the initial round of funding.