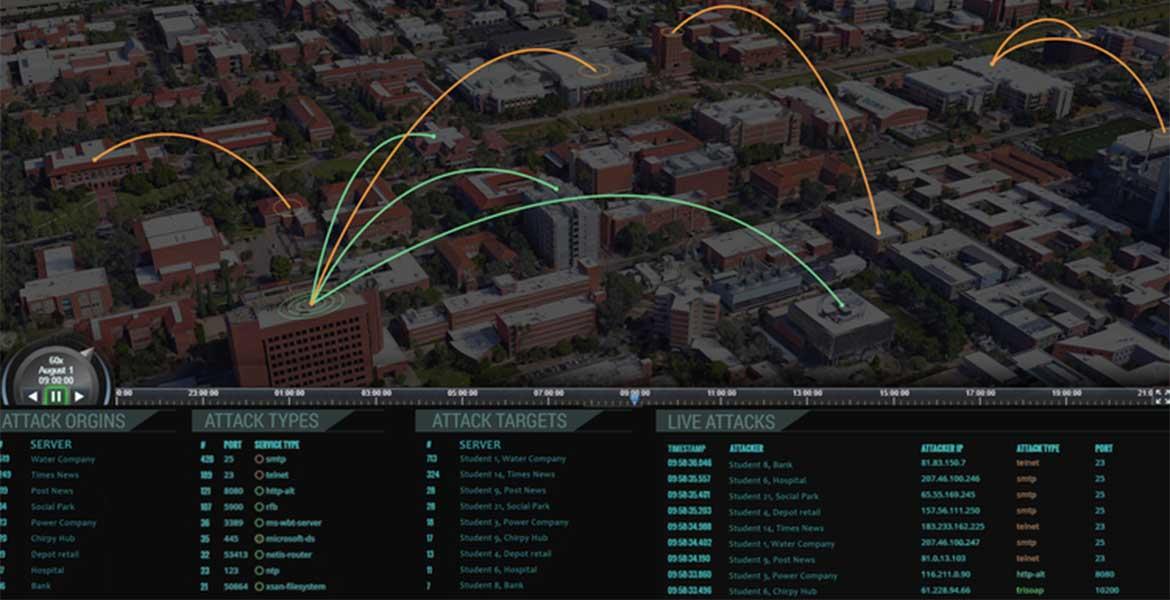 UA Prepares Students for Careers in Intelligence and Information

By
Emily Dieckman
Time to read
1 minute
Print
a- a+
Read so far
A $1.5M grant from the Defense Intelligence Agency gives students across campus a way to learn more about intelligence operations, including those related to electrical and computer engineering.

Universities are known for fostering intelligence, but now the University of Arizona will provide students across disciplines a foundation in the study of intelligence, as in the collection and analysis of information for national security.

The Defense Intelligence Agency named the University of Arizona an Intelligence Community Center for Academic Excellence, a designation that comes with a five-year, $1.5 million grant. Only eight grants were awarded nationally, with the UA earning the highest score for its outstanding educational and research plans. Jason Denno, director of cyber operations at UA South, is the grant’s principal investigator. Linda Denno, head of the Department of Applied Sciences, and Tamal Bose, head of the Department of Electrical and Computer Engineering, are co-principal investigators.

“The grant will facilitate intelligence studies specialties within multiple different degree programs at the university,” Bose said. “Jobs in the intelligence community are very difficult to get because they’re so selective, so this gives our students an opportunity to get a leg up on pursuing them.”

Bose will create research projects that deal with intelligence studies within electronics and cybersecurity, as well as integrate intelligence studies elements into parts of the ECE program. In 2009, he was a lead investigator for the IC-CAE program at Virginia Tech. Many of the students from the program went on to internships and full-time positions in the intelligence community. He expects similar results for UA students.

The program isn’t just for students in ECE and cyber operations. Students in political science, business and other engineering disciplines, for example, will be able to take classes and do research in intelligence and information systems. Beginning this fall, the UA will also offer the country’s first Bachelor of Applied Science in intelligence and information operations.

“This funding allows the University of Arizona to position itself as a national leader in cybersecurity and intelligence gathering education,” said UA President Robert C. Robbins. “Students graduating with degrees in cybersecurity and cyberoperations are in such demand that we have quadrupled the size of the program in just four years. Our students in this program have jobs before they graduate because of the quality of the education they receive and the need for their knowledge and skills throughout industry and government.”

A version of this story originally appeared on UANews.