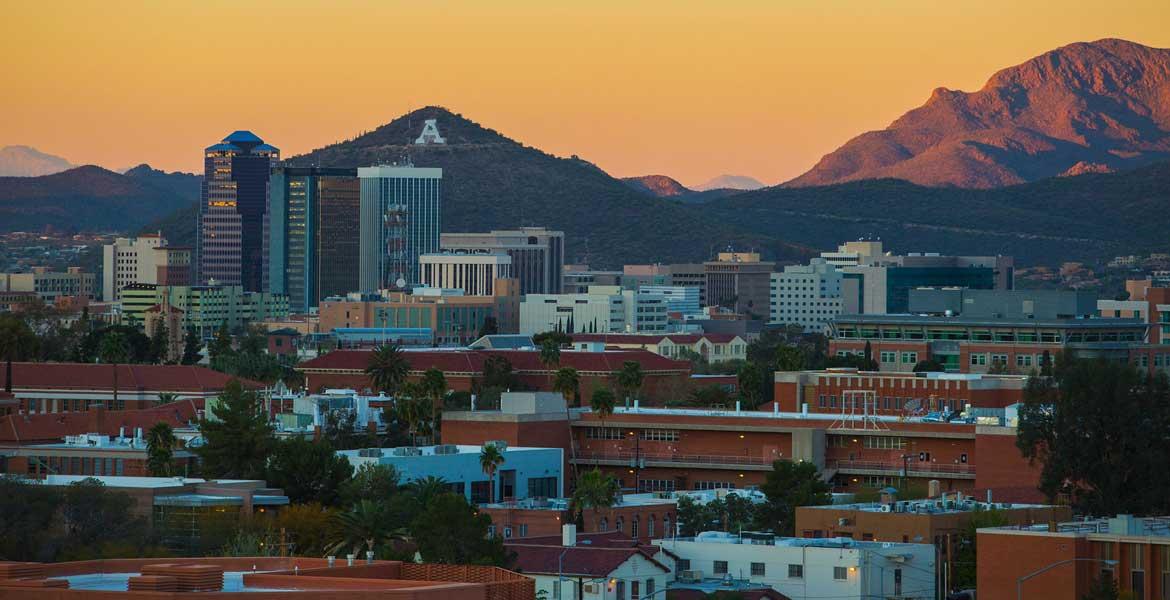 By
Emily Dieckman
Time to read
2 minutes
Print
a- a+
Read so far
Experts from around the world gather in Tucson to take sound-based research up a notch.

Phononics 2019, one of the premiere international conferences in the field of phononics and acoustic metamaterials, is taking place on the University of Arizona campus June 3-7. Phononics, a rapidly growing field that first emerged in the late 1980s, is the study of phonons, a type of particle that carries sound and heat.

“The conference brings together pretty much the entire world’s community working in research on this topic,” said conference chair Pierre Deymier, who is also head of UA Department of Materials Science and Engineering. “We have a very strong research group in the field of phononics and acoustic metamaterials here in Tucson, and the UA is the leader of this conference and a leader in the field.”

Because phononics involves manipulating sound waves, it has applications ranging from telecommunications to information processing to environmental science. Sound is in your cellphone. It’s used for underwater sensing and imaging. Phonons could even enable high-speed computing.

“All of these are sound-based, phonon-based,” Deymier said. “Phononics researchers discovered in the 1990s that we can manipulate acoustic waves or phonons in a specific manner, and that gave power to engineers to create new technologies that are going to change people’s lives.”

Previous locations for the conference included Shangsha, China, in 2017; Paris, France, in 2015; and Sharm El-Sheikh, Egypt, in 2013. This year the University of Arizona, the College of Engineering and the Department of Materials Science and Engineering are program sponsors, along with the Office of Naval Research, the National Science Foundation and the French Consulate in Los Angeles.

The UA has also secured funding from the National Science Foundation and the Office of Naval Research to fund fellowships to the conference for early-career scientists and underrepresented minorities.

“This is in the spirit of the UA being a Hispanic Serving Institution and increasing access not just to education, but also to conferences the university is leading,” Deymier said. “We are recognized worldwide for our phononics work. We’re trying to really serve as a catalyst for growing the field, bringing the community together and directing the focus of research in the field.”