When UA Civil Engineering Professor Emeritus Mo Ehsani’s company, QuakeWrap, was awarded a contract in fall 2013 to blast-proof the United Nations headquarters in Beirut, a travel ban threatened to stymie the project. 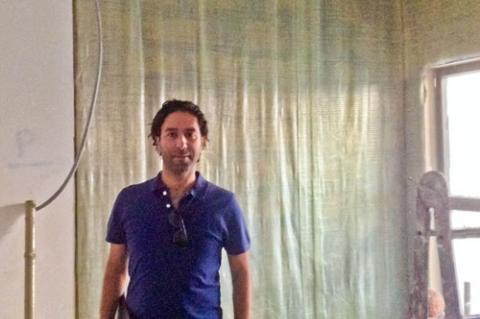 QuakeWrap was contracted to retrofit the newly constructed U.N. building against blast loads using a fiber-reinforced polymer, or FRP, system. But the company’s plan to send a project manager from Tucson was thwarted by a travel ban in September 2013 arising from concerns over the potential military conflict between Syria and the United States.

The U.N. was in a rush to complete the project and move into its new facility, so Ehsani contacted University of Arizona College of Engineering alumnus Rabih Hajjar, who had returned home to Lebanon in 2008 after working in Arizona for nine years as a structural engineering contractor and consultant. Hajjar earned his bachelor’s and master’s degrees in civil engineering from the UA in 1995 and 1997.

QuakeWrap flew the FRP fabrics and resins to Beirut and a local contractor under Hajjar’s supervision completed the installation with remote input from QuakeWrap engineers. The project to blast-proof several of the building’s walls was completed successfully on time in November 2013.

“I was lucky enough to have a smart engineer like Rabih as my student,” Ehsani said. “We remained in contact as friends and colleagues throughout his career while he was working in Phoenix and later when he moved to Lebanon. So he was my obvious choice when we needed help in Lebanon.” 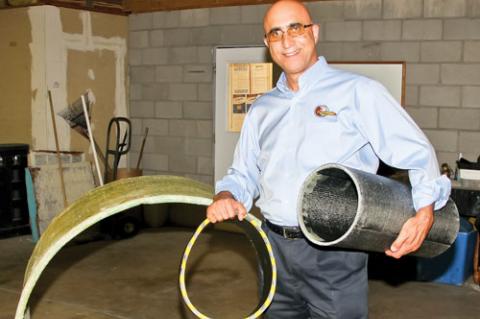 Hajjar has spent the last six years based in Lebanon working for an international post-tensioning concrete subcontractor as a project manager on high-rise buildings and large construction projects in Lebanon, throughout the Middle East, and in London.

Despite the fact that the local contractor had never worked with FRP systems, the U.N. building project went smoothly, Hajjar said. “It took a few days at the start to get familiar with the system and its application, and things just progressed from there,” he said. “Implementing safety measures – especially wearing the personal protective equipment such as gloves – while working with epoxy was a challenge as in this part of the world safety isn’t yet considered a top priority.”

Ehsani said security concerns precluded him elaborating on the specifics of the U.N. building project, but noted: “FRP products can be applied much like wallpaper, adding significant strength to the wall. FRP sheets can also be used as a catcher system to prevent wall fragments and debris projecting into the building.”

QuakeWrap has conducted similar projects for U.S. military and industrial clients, including barracks at Fort Bragg in North Carolina. Industrial clients typically require blast-hardening of control rooms that must remain operational after an explosion.

QuakeWrap developed its blast-hardening system nearly a decade ago and tests of walls subjected to blast loads have demonstrated that retrofitted walls can withstand high blast pressures, thus ensuring the survival of building occupants.

QuakeWrap’s system is based on flexible fabrics made of carbon or glass fibers, proprietary laminates, and resins. Such systems are quick and easy to install and often make retrofits and renovations economically feasible. The company’s PileMedic™ system, for example, is the only product approved by the U.S. Army Corps of Engineers and FEMA for emergency repair of piles and columns damaged in a disaster.