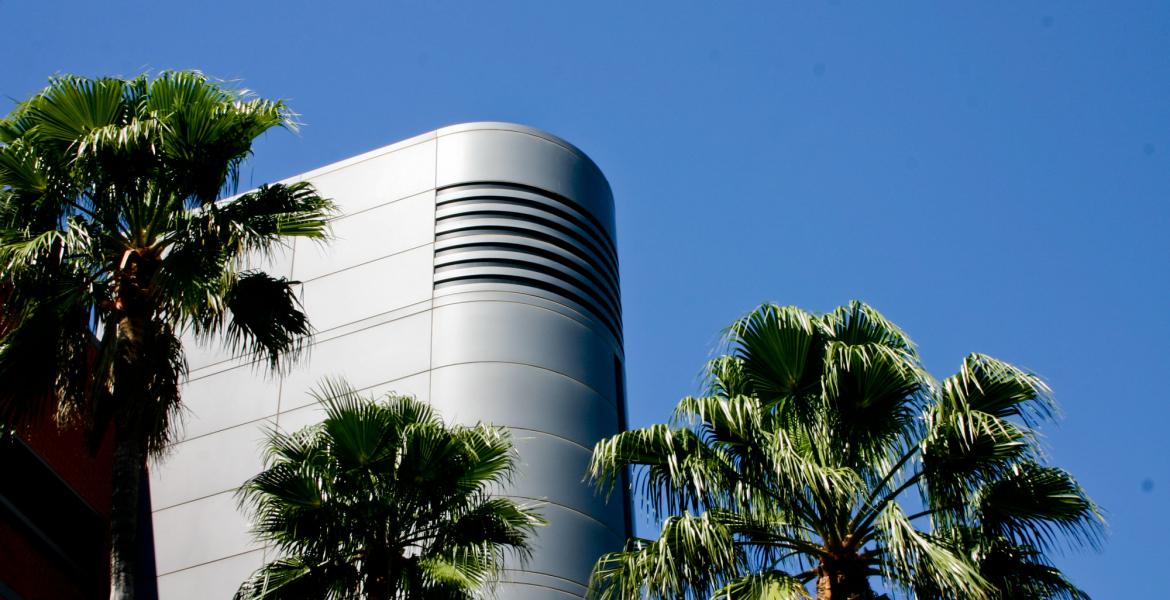 For They Are Jolly Good (IEEE) Fellows

By
Pete Brown
Time to read
3 minutes
Print
a- a+
Read so far
Three UA engineers have been made fellows of the Institute of Electrical and Electronics Engineers, the world's largest technical professional association, with more than 400,000 members in 160 countries.

The IEEE board of directors only confers fellowships upon engineers with an extraordinary record of accomplishments. The total number of fellows selected in any one year does not exceed one-tenth of one percent of the total voting membership.

IEEE cited Melde for contributions to tunable antennas and their integration in electrical packaging. She has spent her career on small antennas, establishing numerous patents, and her work has been used in many smart phone technologies.

"I am most proud of my continuing a legacy of excellence at the College of Engineering at the UA," Melde said. "This award shows the excellent work done by our graduate students as well, and they should share in that honor and recognition."

Vasić was cited for contributions to coding theory and its applications in data storage systems and optical communications. In particular, his error-correction research has played a vital role in ensuring that digital data keeps its integrity within computer communication and storage systems.

His coding-theory research is now being applied to improving the performance of the next generation of optical fiber links in local, metropolitan, and long-distance networks.

Vasić said the plaque awarded by IEEE will hang with his patent awards in his father's garage in the small town of Bela Palanka in Serbia, where he developed his interests in engineering and mathematics by helping his father on numerous projects. "My father always thought that I was a better mathematician than engineer," he said. "I doubt that even this highest recognition from the IEEE would have changed his mind."

Tyo was recognized for his antenna research, mostly for military applications. "Antennas affect virtually every aspect of modern communications," Tyo said. "Whether they are on your cell phone, in your car, or providing the satellite link for the television programs delivered to your house.".

"Elevation to fellow of the IEEE is a career ambition of any electrical engineering undergraduate student," Tyo said. "To have been elected to this grade is fantastic for me, and I am thankful to all of the great collaborators and mentors within the IEEE who have shaped my career and helped me to this recognition."

From 1985 to 1996 she worked in the Radar Systems Group at Hughes Electronics in El Segundo, Calif., on electromagnetics and solid-state microwave projects. She gained extensive experience in the modeling, fabrication and performance measurement of antennas, antenna arrays, high-density microwave circuits, and high-speed packaging interconnects.

In 1996, Melde joined the electrical and computer engineering faculty at the University of Arizona. Her research interests include applied electromagnetics, antenna theory and design, and microwave circuit design. Her current projects involve antenna element design and characterization, high-speed electronic packaging, and microwave material characterization. She has more 80 publications and four U.S. patents, and has been an expert witness and consultant in the area of radio frequency circuits and antennas.

In 2010, Melde received the Excellence at the Student Interface Award from the UA College of Engineering. Other awards include an IBM Faculty Award, a Hughes Aircraft Company Doctoral Fellowship, and the UCLA Department of Electrical Engineering Graduate Woman of the Year Award.

Bane Vasić is affiliated with the BIO5 Institute and the UA math department, and is director of the Error Correction Coding Laboratory. He received his bachelor's, master's and doctoral degrees, all in electrical engineering, from the University of Niš in Serbia, where he had the highest GPA and was the youngest student to earn a doctorate.

Vasić has been at UA since 2000. Before that he was at Bell Labs, where he developed an error-correction algorithm that is in widespread use in modern hard drives. He was named the 2008 da Vinci Fellow by the UA College of Engineering. The fellowship is sponsored by the College's giving society, the da Vinci Circle. Fellows are selected for their substantial distinguished and sustained contributions to teaching, research and service.

Vasić has authored or co-authored more than 100 journal papers, more than 170 conference papers, one book and more than half a dozen book chapters in addition to editing three monographs.

Scott Tyo left the U.S. Air Force in 2001 with rank of captain. His antenna work began in 1996 at the Air Force Research Lab in Albuquerque, N.M. While finishing his PhD, the Air Force assigned him to work on high-power microwave antennas for military applications. He worked with the late Carl E. Baum, who guided him into the niche field of high-power microwave antennas for generating very short microwave pulses of energy. He describes his group at the Air Force Research Lab as the best in the world for developing this class of antenna and continues to collaborate with them on the development of novel antenna systems.

Tyo received his bachelor's, master's and doctoral degrees, all in electrical engineering, from the University of Pennsylvania. After his stint at the Air Force Research Lab he was assigned in 1999 as a faculty member in the electrical and computer engineering department at the U.S. Naval Postgraduate School in Monterey, Calif. In 2001, he joined the faculty at the University of New Mexico, where he received an NSF Career Award in 2003. In 2006 he joined the UA College of Optical Sciences.

He is a fellow of the Optical Society of America, SPIE, and the Summa Foundation, and a member of the American Institute of Physics, and the International Radio Science Union. He is currently the secretary/treasurer of the IEEE Antennas and Propagation Society, and will be the general chair of the 2016 IEEE Antennas and Propagation International Symposium to be held in San Juan, Puerto Rico.