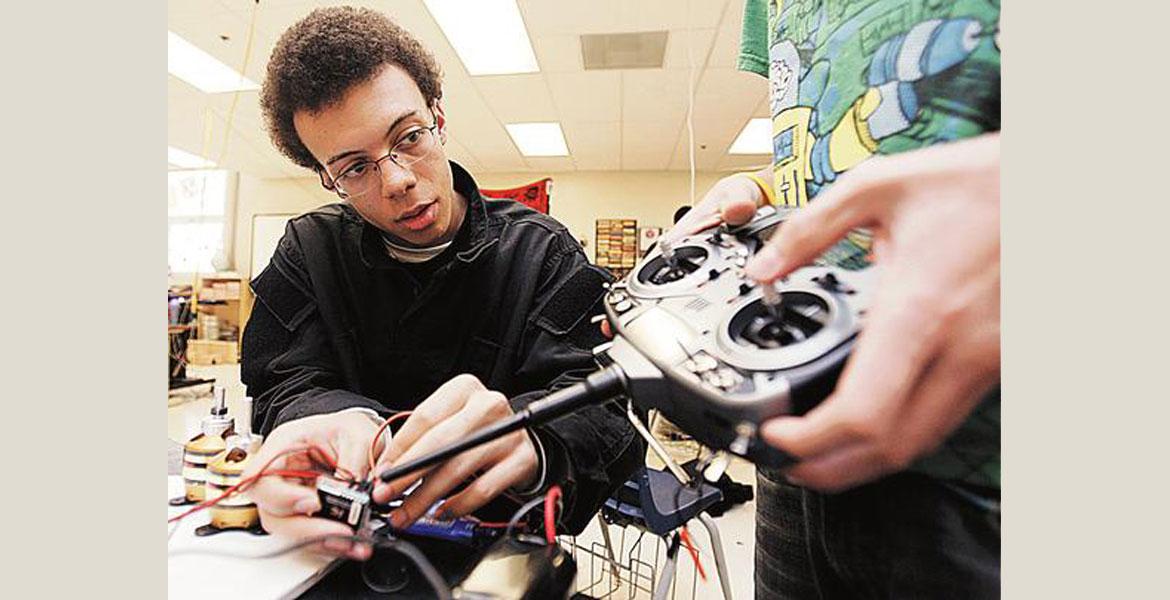 The College of Engineering’s Summer Engineering Robotics Camp and one of its alumni were featured in a Feb. 10 Arizona Daily Star article.

The story -- “Brainpower makes a mean, nasty robot” -- was written by UA student and Star apprentice Mack Kearns and published in the online section of the paper.

Kearns described in the story how Peter Druart, a student at Tucson High Magnet School, is considered the class expert in SolidWorks, software that transforms three-dimensional designs into actual physical models using a rapid-prototyping machine. Druart learned how to use SolidWorks and the rapid prototyping equipment while attending UA's Summer Engineering Robotics Camp.

The article also describes how teacher Marea Jenness helped Tucson High became the only school in Southern Arizona to be part of the North American Robotics League Educational Experience, and how she urges students to enroll in programs such as Raytheon Scholars -- a college engineering-scholarship program offered by Raytheon Missile Systems, Pima Community College and the UA. She regularly invites UA engineers into the classroom to help students.

The Summer Engineering Robotics Camp is run by Ray Umashankar, assistant dean of industrial relations and director of the minority and multicultural engineering programs. The fundamental idea behind the camp is to show prospective engineers exactly how an idea becomes reality. Students build robots from Lego Mindstorm kits and compete in design team challenges that test their models for speed, endurance and other technological abilities. In addition to the Lego program, students are introduced to computer programming by using SolidWorks and rapid prototyping to invent their own robots.

Applications are being accepted until April 27 for enrollment in the 2009 Summer Engineering Robotics Camp, which takes place June 8–12.