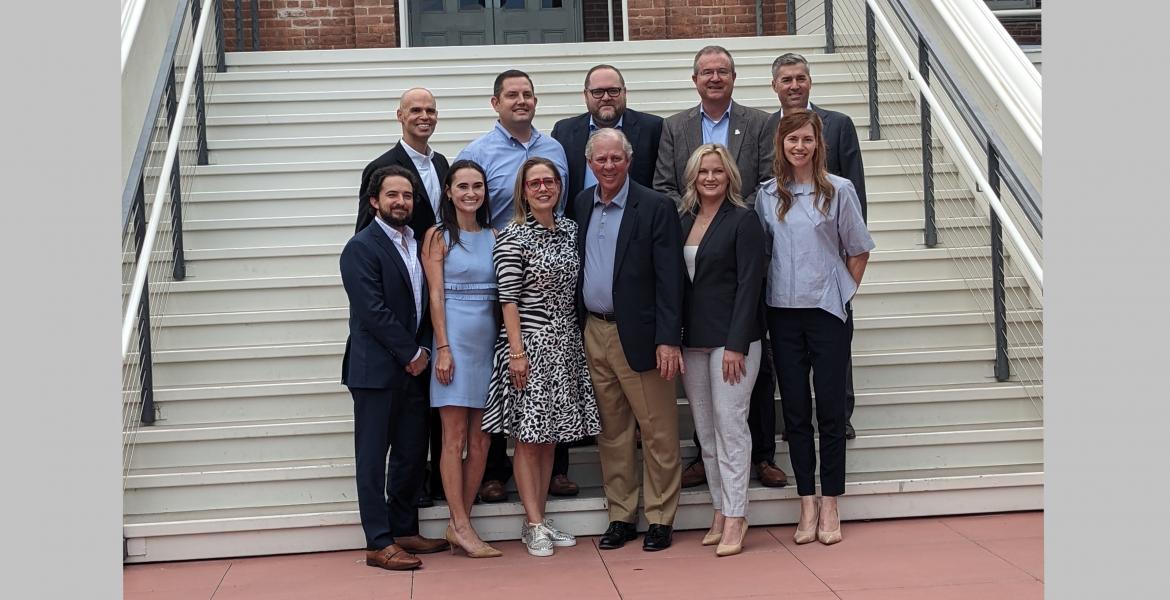 At a recent University of Arizona roundtable on securing the defense supply chain, Sen. Kyrsten Sinema spoke about the importance of the mining and mineral resource sector in paving the way to a more sustainable future.

“As we seek to move to energy independence and a clean energy future, we have to be cognizant of the fact that we need a lot of minerals: rare, critical minerals, copper and others, in order to get us to that clean future,” said Sinema. “We’re working together to figure out how to increase Arizona’s ability to get these minerals out of the earth, to process them in a cleaner way than you see in other countries, and to make sure we have them on hand.”

Low-carbon and renewable energy technologies such as electric vehicles, wind turbines and solar panels all rely on mined minerals such as copper, vanadium, zinc and nickel. Due in part to the increased popularity of these technologies, the World Bank estimates demand for copper consumption could grow 200% by 2050. Representatives from academia, industry and the nonprofit world who have come together to develop sustainable solutions to supply chain problems updated Sinema on their progress.

Speakers at the roundtable represented a range of interests working in tandem toward a common goal. Much of the conversation centered on Arizona’s mining and mineral resource sector, which plays a key role in the national supply. Arizona produces three-fourths of the nation’s copper and is the sixth-largest copper producer in the world. Lynndy Smith, president of the Arizona Defense & Industry Coalition, noted that Arizona is home to more than 400 active, full-time mines or development projects. She highlighted the Resolution Copper Mine, which is expected to be the largest copper mine in North America; South 32, likely to become one of the largest producers of zinc in the world, and the La Paz Rare Earths mine, which has the potential to be the largest rare earth minerals project in North America.

“We do think that Arizona is uniquely positioned to help solve the supply chain crisis,” she said.

David W. Hahn, the Craig M. Berge Dean of the College of Engineering, spoke about the launch of the School of Mining and Mineral Resources, which brings together disciplines including engineering, science, business, public health and law to educate the next generation of industry professionals.

“We think we can really be the nation’s leader in mining and mineral resources, at a time when a lot of schools are moving away from it,” Hahn said, noting that 30% of mining programs in the U.S. have shuttered in the last decade, but that the UA Department of Mining and Geological Engineering is going strong. “Having a research program that’s driven by industry needs is really important. I think engineers are good at applied science and applied problems, and this is one of the great applications for that.”

University of Arizona President Robert C. Robbins, who said he has learned much about the mining industry since he joined the university, voiced his support for the school and shared a well-known phrase: “If you can’t grow it, you’ve got to mine it.”

“[David Hahn’s] vision in establishing the school of mining is very critical at the university,” he said. “It’s part of our strategic plan.”

Sinema spoke about how mining is a key issue for her colleagues in Washington regardless of partisanship. Not only is it key to renewable energy technologies, but investing in domestic mining reduces the United States’ dependence for critical minerals on countries like China and the Congo.

Industry representatives such as Victoria Peacey, chief of staff to the chief operating officer of copper for Rio Tinto; and Seema Phull, CEO of Kore Power, shared information about upcoming projects and renewed sustainability efforts. Rick Stilgenbauer, managing director of public policy for the law firm Bianchi & Brandt, spoke about the societal, environmental and economic impact of the supply chain crisis, and asked Sinema to share with her colleagues what Arizona has to offer. Dan Stellar, state director for The Nature Conservancy Arizona, spoke about the organization’s efforts to combat climate change and biodiversity loss with a focus not just on conserving nature, but on benefitting people and economic livelihoods.

“We really believe that by working to first reduce demand for new mineral products and then working to avoid, minimize and mitigate negative impacts, the U.S. and Arizona can support the responsible production of critical minerals, and we can really be an example for the rest of the world for how to do it,” he said.