By
Jill Goetz
Time to read
5 minutes
Print
a- a+
Read so far
Peace Corps volunteers build their résumés and bring home a lasting passion for public service as graduate students in the University of Arizona College of Engineering.

Most students choose UA Engineering because it will help them make positive changes in people’s lives. Graduate students returning from Peace Corps assignments -- whose journeys have taken them from providing safe drinking water for Rwandan schoolchildren to building more efficient wood stoves in Panama -- are some of the most committed to public service. 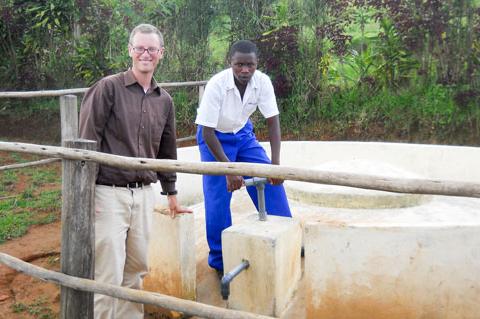 “Only certain types of people will consider allocating two years of their young lives to a Peace Corps assignment. It requires a vision much bigger than oneself, tolerance, acceptance of uncertainty and willingness to give up short-term gain for long-term achievement. These same personality traits and experiential lessons are essential attributes for an environmental engineer. Their commitment to service and their life experiences enrich the UA environmental engineering program.”

From Fieldwork to Graduate Fellowships

Named for the late Georgia senator and Peace Corps director, the UA Coverdell Fellows program offers base tuition, a $4,000 annual need-based fellowship and a paid internship in which fellows provide hundreds of hours of community service. 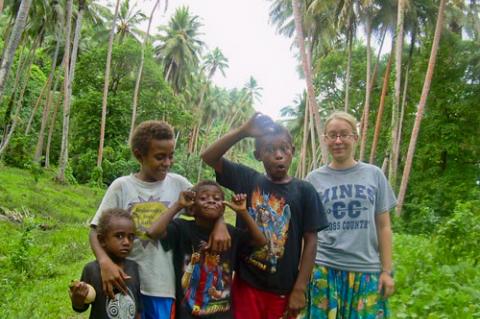 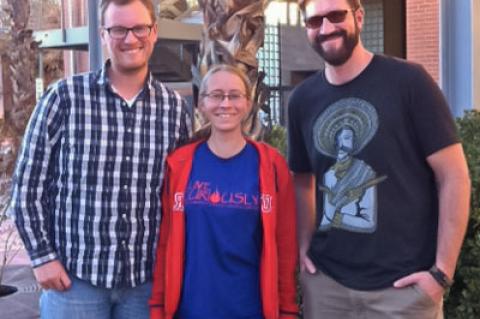 Three former Peace Corps volunteers -- two Coverdell fellows and one military veteran on the GI Bill -- are now pursuing their graduate degrees in environmental engineering at the UA. They recently shared stories about how their Peace Corps service changed their lives and enabled them to change the lives of others.

Dan Serwon, from Pittsburgh, earned his bachelor’s degree in civil and environmental engineering from the University of Pittsburgh and later tutored ninth-grade math students in that city. He served in the Peace Corps from 2010 to 2012, teaching math and English at Mulindi Secondary School in Rwanda’s Northern Province.

“It was difficult being a teacher there, particularly at that time,” he said. “Because of the genocide, the Peace Corps had shut down its programs in the country for several years, and we were only the second education group of Peace Corps volunteers there after the program resumed in 2009. The country had also just changed its official language of instruction from French to English, so I was teaching English to the teachers as well as the students.”

Serwon set up a partnership between Peace Corps Rwanda and the nongovernmental organization Water for Life Africa and helped local residents build two underground rain harvesting tanks to provide clean, potable water for Mulindi school students, teachers and staff during Rwanda’s dry season. The project reduced illness among students and has resulted in the building of six more water tanks for other Rwandan schools and health centers.

The experience inspired him to get a master’s degree in environmental engineering.

“I started applying to graduate schools, and I was really hoping to attend the University of Arizona to take advantage of the Coverdell Fellowship,” he said. “I’m so grateful this opportunity exists at the UA.”

For his internship with AmeriCorps, Serwon teaches water conservation to local schoolchildren, through the organization Arizona Project WET. For his master’s thesis, he is working on a solar water desalination pilot project on the Navajo Nation with College of Engineering professors Wendell Ela and Robert Arnold.

“The UA is ideal for studying water issues,” Serwon said. “The worldwide water crisis and water shortages in the Southwest come up all the time in my classes. Water scarcity in this region has made everyone hyper-aware of water issues and extremely focused on finding ways to sustain their way of life in the desert.”

Part of the Family

Gwendolyn Woods earned her master’s degree in environmental engineering at the UA as a Coverdell Fellow and is pursuing her doctoral degree with this fellowship and assistance from other organizations.

The Colorado native received bachelor’s degrees in engineering and in mathematics and computer science from the Colorado School of Mines. She served in the Peace Corps from 2006 to 2008, teaching vocational and health care skills at the Pelsa Rural Training Center on the island of Maewo in the Republic of Vanuatu, a nation of some 80 islands in the Pacific Ocean approximately 1,000 miles east of Australia. Vanuatu was the inspiration for James Michener’s Pulitzer Prize-winning book about World War II, Tales of the South Pacific, and later Broadway and film musical adaptations.

Most Peace Corps workers live independently and are assigned a local host family to introduce them to residents and help them feel at home. But Woods’ host family took that responsibility a step further.

“I was the only person living on the Pelsa school compound, and it was 100 yards to the nearest house,” she said. “Because Vanuatu has such a communal culture, the concept of willingly living by yourself is alien. My host family insisted I stay with them.”

Living with the family greatly enriched her experience, Woods said.

“I got to do a lot more with people in the community and attend more local events than I might have otherwise,” Woods said. “Living with my host family provided many opportunities for cultural exchange and discussion on topics ranging from traditional cooking methods to the electoral process.”

She enjoyed homemade meals daily and sampled new fruits, vegetables and nuts -- such as water taro (the staple on Maewo), plantains, and Tahitian chestnuts -- along with the occasional half-coconut shell of kava, the popular and mildly intoxicating beverage, and many foods she couldn’t name.

Her adventurous appetite earned her admirers in the village.

“The fact that I’ll eat anything seems to be the quality most acclaimed by the villagers -- thus proving that community integration has more to do with one’s stomach than one’s language or technical skills!” Woods wrote home to her family.

In Tucson, Woods has taught third-graders about water conservation with Arizona Project WET and is working as manager of a mentoring program for youth at the METRO Center of Tucson.

After earning a bachelor’s degree in conservation biology from Arizona State University, Arizonan Joshua R. Campbell served in the Peace Corps from 2003 to 2005.

He enlisted in the Army in 2009 and served as a squad leader in Fort Carson, Colorado, and in Maysan Province, Iraq, where he coordinated water operations for the troops. Campbell, who earned several Army medals and badges of honor, is attending the UA under the GI Bill.

“Throughout my varied career, I have tried to maintain an emphasis on service,” he said.

Campbell has done challenging volunteer work for many organizations in addition to the Peace Corps. For example, he has constructed artificial habitats for burrowing owls for the Arizona Game and Fish Department; removed old cattle fences at Buenos Aires National Wildlife Refuge for the Arizona Wildlife Federation; and, with Team Rubicon, provided carpentry and other services to help families rebuild in tornado-ravaged Moore, Oklahoma.

Peace Corps volunteers gain practical skills working in the trenches. But the most lasting lessons are often intangible. For Campbell, the Peace Corps taught him, above all, “patience and humility -- skills you can’t put on a résumé.”