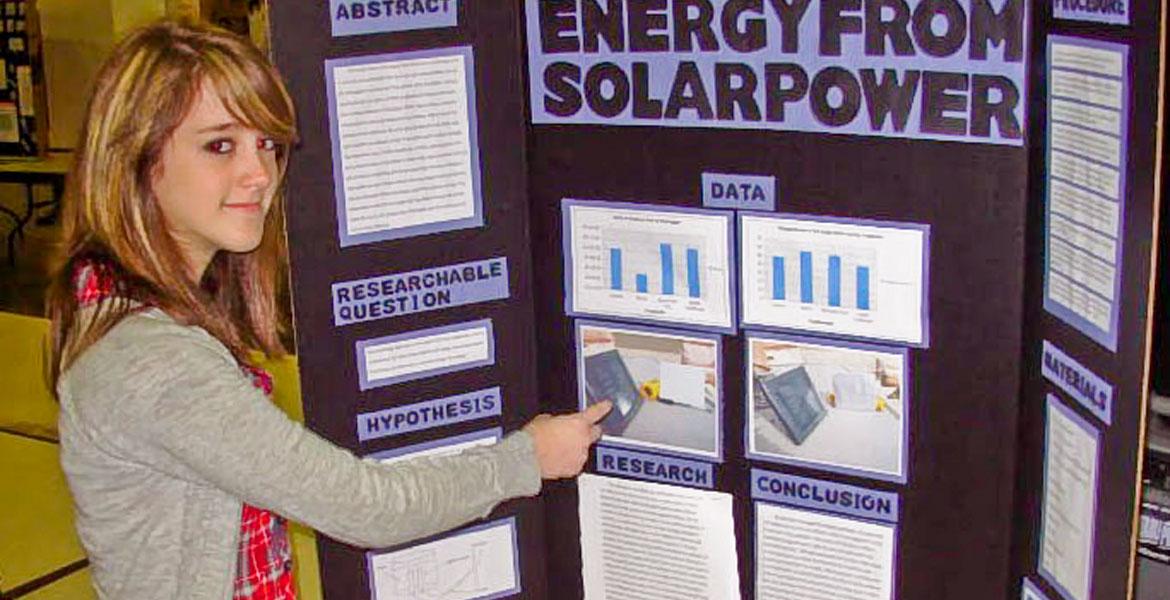 By
Pete Brown
Time to read
3 minutes
Print
a- a+
Read so far
Next generation of engineers presents sustainable energy and radio communications projects.

Thousands of potential future engineers and scientists presented their projects for judging as UA officials scouted out a new crop of students at the 55th annual Southern Arizona Regional Science and Engineering Fair held at the Tucson Convention Center March 8-12.

Simmons, who served as a judge for projects dealing with solar energy, said he was impressed by what he saw, ranging from elementary to high school students.

“They are motivated. We are very interested in talking to students of any age,” he said.  “If those kids ever get interested in solar energy when they get to college, we definitely want to talk to them.”

The event can offer entry to educational opportunities, and even a career, for students with an interest in experimenting and finding answers.

Years of participating in the science and engineering fair helped land Melissa Lamberton a scholarship, and employment, at UA and paved the way for her career as a science professional.

Lamberton, who served as a judge at this year’s event, was an annual participant from the second grade through high school. Exposure of her science skills at the fair led to a job offer to work in the UA-led Phoenix Mars Lander mission while a high school junior, as well as a UA scholarship, she said.

She has also worked for the UA Lunar and Planetary Laboratory and the Water Resources Research Center, and plans to attend graduate school this fall seeking an advanced degree in science writing.

Lamberton, who judged middle school projects, said she is invigorated by the ideas the youngsters come up with for their experiment presentations.

“Little kids are not afraid to be curious,” she said. “It’s great how concerned they are about what is going on in the world, wanting to fix problems like the environment. We tell them to keep doing the science fair, and you’ll get jobs, scholarships and recruited to college.”

Helen Bayly, a scientist and educator who judged high school presentations, agreed: “I get a real lift when I see what these youngsters are doing. These bright, curious minds are a treasure. These are the valuable people in society. They are the future.”

A vast room full of presentations, by researchers ranging from kindergarten to 12th grade, awaited the 335 volunteer judges. Engineering experiments included a device for cooling solar panels, testing which material makes the best radio antenna, and measuring the effects of shade on photovoltaic cells.

Cody Kaiser, 16, a sophomore at Flowing Wells High School, presented an experiment that examined what time of day is most effective for powering a solar-driven vehicle.

His research project found that more photons hit the vehicle’s solar panels between noon and 2 p.m., resulting in a higher speed for the small car with an electric motor. In addition, the car received more power from the sun when the panels were set at an angle so they could absorb photons reflected from other objects, said Kaiser, who plans to attend UA and study optical or electrical engineering.

Sometimes the results don’t match the student’s hypothesis, as Zachary Kirch leaned from his experiment.

Kirch, 11, a sixth grader at Sonoran Science Academy Broadway, studied windmill design and how it related to power production. His experiment used a fan to blow on a windmill that raised a bag of pennies. Experiment variables were the number of blades and the angle at which the blades were set, he said.

Kirch’s pre-experiment belief -- based on observing giant windmills now in operation -- that a three-bladed windmill would work best was dashed by his experimental data that showed a six-bladed windmill produced more watts of power.

Lacey Jones, a sophomore at Empire High School, tested a mirror, aluminum foil and white cardboard to determine which material is more effective at reflecting the sun’s energy onto a solar panel.

Her experiment sent the electricity produced by the solar panel thorough graphite bars that produced hydrogen and oxygen by electrolysis.

Results showed that the mirror was most effective, said Jones, 15. Producing hydrogen for uses like powering vehicles is expensive, and research into solar applications could some day bring the price down for such a renewable fuel, she said.

The science and engineering fair has continued to grow despite funding difficulties brought on by the bad economy, organizers said. Kathleen Bethel, event director, said this year’s fair attracted 1,455 projects, about 150 more than last year. More than 5,000 children from 200 schools participated, she said.

The event has seen financial challenges in recent years, but donors, including UA, stepped in to help meet the $150,000 cost.

“Colleges that hadn’t given for years or had never given before are stepping up even though they are being cut back so much,” she said. “They know this is important, they know this is where their future is coming from.” Corporate donors, big and small, also provided backing that contributed to the success of the event, Bethel said.