Probing the Amazing Powers of Graphene

By
Jill Goetz
Time to read
2 minutes
Print
a- a+
Read so far
University of Arizona College of Engineering researcher Qing Hao receives Air Force Young Investigator Award to study graphene -- the strongest, thinnest and most heat-conductive material ever discovered.

Foldable touch screens for mobile phones. Computer chips, batteries and solar cells with twice the power. And plastics that conduct heat and electricity better than metal. These are just a few of the potential applications of graphene, a recently discovered material that scientists believe has the potential to transform how we live and work in the 21st century, much as silicon and plastics did in the 20th century. 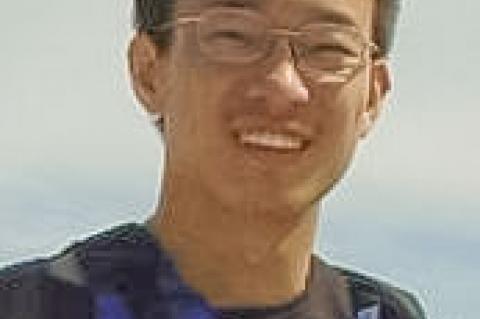 Qing Hao, an assistant professor of aerospace and mechanical engineering in the University of Arizona College of Engineering, has received a Young Investigator Award from the Air Force Office of Scientific Research to probe graphene’s amazing abilities. Through AFOSR’s complex materials and devices program, he will receive $360,569 over three years for his project, titled “Transport Property Studies of Structurally Modified Graphene.”

“This project reaches beyond existing work with pure graphene and attempts to understand how its transport properties, such as its thermal and electrical conductivities, can be altered by manipulating graphene’s atomic or nano-sized patterns,” said Hao, director of the Nano-Electronics and Advanced Materials Research Lab. “This will be crucial for developing the material for future applications, including electronic and optoelectronic devices, magnetics, spintronics and waveguides.”

Miracle Material: The Race Is On

Discovered just over a decade ago, graphene has been called a miracle material for its amazing strength (stronger than steel), thinness (one atom thick), flexibility and conductivity of heat and electricity. A form of carbon -- the basis of life on earth -- graphene consists of a single layer of carbon atoms in a hexagonal lattice pattern. The new material was first discovered and extracted from a piece of graphite, the kind found in pencils, in 2004 by U.K. physicists Andre Geim and Konstantin Novoselov, who received the Nobel Prize in Physics in 2010.

Hao, who obtained the pure graphene from Krishna Muralidharan in the UA department of materials science and engineering, joins researchers around the world in a race to create new forms of graphene, which -- when combined with other materials -- could result in faster computer chips and longer-lasting batteries as well as super-strong lightweight plastics that conduct electricity and heat better than copper. Such materials may lead to flexible touch screens for mobile phones, faster broadband, longer-lasting food packaging, more efficient solar panels and wind turbines, and lighter airplanes and satellites. The list scientists have proposed seems endless.

While still mostly in the research phase, graphene has been applied in one way that’s easy to grasp. Sporting goods manufacturer Head has made tennis rackets containing graphene for the world’s top-ranked tennis player, Novak Djokovic, and former Wimbledon champion Maria Sharapova.

A Rising Star at MIT and the UA

Hao received his bachelor’s degree in thermal engineering at China’s Tsinghua University and his master’s and doctoral degrees in mechanical engineering from the University of Texas at Austin and MIT, respectively. As a doctoral student at MIT, he co-authored a paper published in Science and received an R&D 100 Award for his research on the performance of nanostructured bismuth antimony telluride alloys. He joined the College of Engineering in 2011.

Hao was one of only 57 scientists and engineers chosen from among 200 candidates in January 2015 to receive the Air Force grants. Candidates for this competitive award must have received doctoral or equivalent degrees in the last five years and demonstrate exceptional ability and promise for conducting basic research.

Hao is the fourth researcher in the College to receive an Air Force Office of Scientific Research Young Investigator Award and the third, with Jesse Little and Ricardo Sanfelice, in the department of aerospace and mechanical engineering. The first UA recipient was Erica Corral in materials science and engineering.