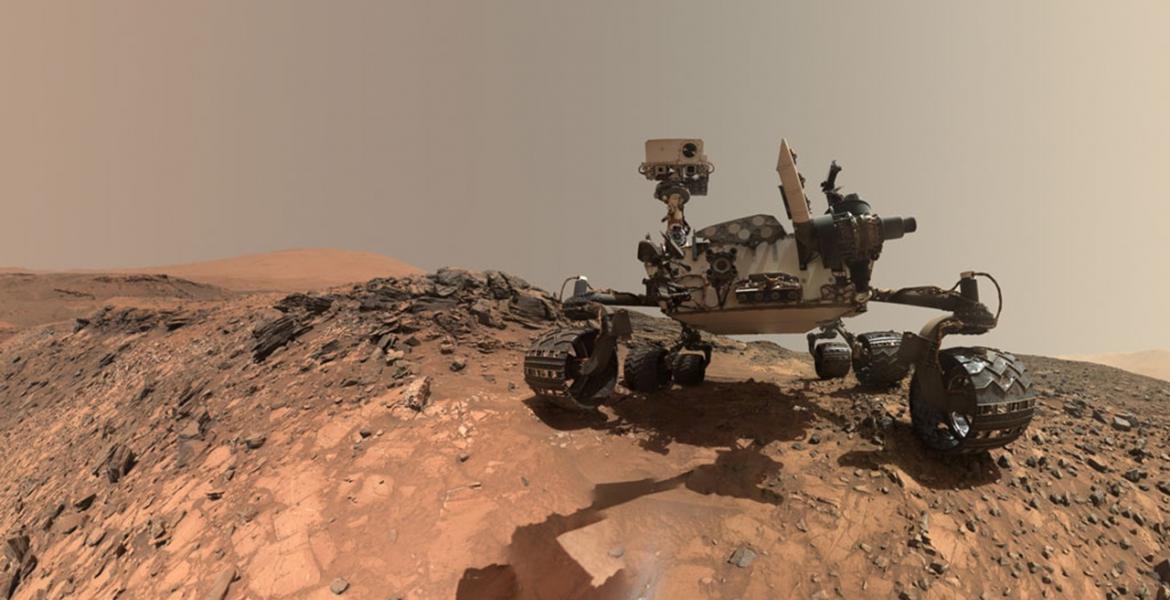 Home / Stories / Our Eyes Are [Roving] on Mars

Our Eyes Are [Roving] on Mars

By
Collins Aerospace
Time to read
1 minute
Print
a- a+
Read so far
Optical sciences and engineering alum helped create the optical system for the Mars rover Perseverance.

Ryan Bronson had his eyes glued to NASA’s YouTube channel on Feb. 18 when the next-generation Perseverance rover entered its final phase of flight and touched down on the surface of Mars.

A self-proclaimed space enthusiast and systems engineer at Collins Aerospace in Carlsbad, California, Bronson had been on the job less than a week in July 2017 when he was assigned the Rover Perseverance build and test schedule.

“Looking back, I can’t believe this was the first project I was given after graduating college,” said Bronson, who earned his bachelor’s degree in optical sciences and engineering from the University of Arizona. “It was a tremendous opportunity.”

Bronson quickly immersed himself in the project. He spent hours sifting through engineering artifacts and conducting requirements reviews. He also worked closely with more than a dozen optical, mechanical and environmental engineers and technicians at Collins to determine the type of optical system needed to help Perseverance safely orient and navigate itself to the most favorable landing spot inside the 28-mile-wide basin known as the Jezero Crater.

Design and development of the Perseverance lens assembly began in February 2017. Initial delivery of the product for integration with the camera, built by Malin Space Science Systems, took place in January 2018.

The Lander Vision System Camera was mounted to the bottom of the Perseverance rover chassis and pointed downward. It acquired 90-by-90-degree field of view images of the surface of Mars during the rover’s parachute descent phase. Those images helped the vehicle determine its location through correlation with the onboard reference map generated using data from the Mars Reconnaissance Orbiter.

“Watching Perseverance land successfully on Mars and knowing I played a small role in helping to make that safe landing possible was surreal,” Bronson said. “There’s just no explanation.”