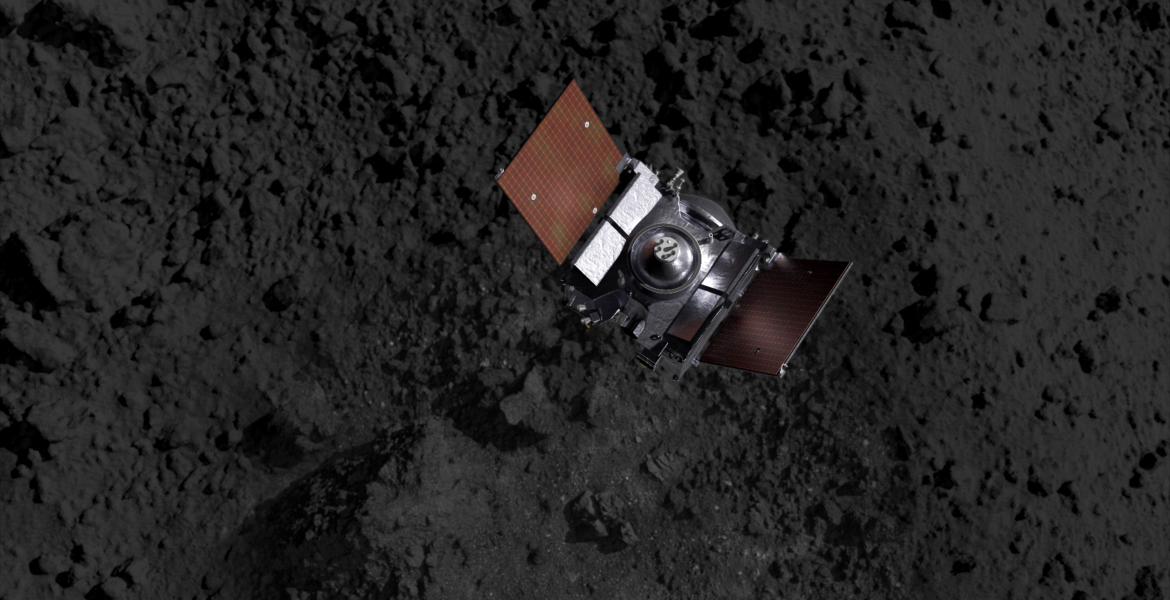 By
NASA Goddard Space Flight Center and University Communications
Time to read
1 minute
Print
a- a+
Read so far
Ten years after NASA selected UArizona to lead the OSIRIS-REx mission, the spacecraft successfully completed its most treacherous and rewarding task: sample collection.

NASA's OSIRIS-REx spacecraft unfurled its robotic arm yesterday, and in a first for the agency, briefly touched an asteroid in an attempt to collect dust and pebbles from the surface for delivery to Earth in 2023.

"After over a decade of planning, the team is overjoyed at the success of today’s sampling attempt," said Dante Lauretta, OSIRIS-REx principal investigator and a professor of planetary sciences at the University of Arizona. "Even though we have some work ahead of us to determine the outcome of the event – the successful contact, the TAGSAM (Touch-and-Go Sample Acquisition Mechanism) gas firing and back-away from Bennu are major accomplishments for the team. I look forward to analyzing the data to determine the mass of sample collected."

The well-preserved, ancient asteroid, known as Bennu, is currently more than 200 million miles from Earth. Bennu offers scientists a window into the early solar system as it was first taking shape billions of years ago and flinging ingredients that could have helped seed life on Earth. If today’s contact with the surface provided enough of a sample, teams will command the spacecraft to begin stowing the precious primordial cargo to begin its journey to Earth in March 2021. Otherwise, they will prepare for another attempt in January.

"Massive kudos to the systems engineers who made this miracle happen," said Cantwell,  also a professor of practice for aerospace and mechanical engineering. "It is incredible that we have people like that here to support the science."