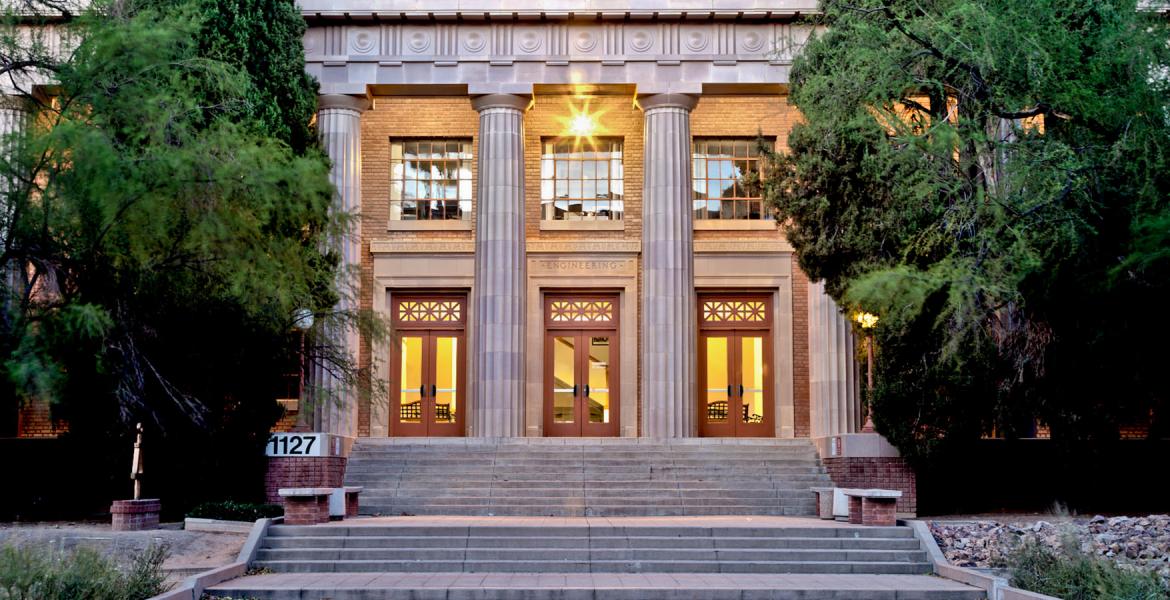 University of Arizona College of Engineering

By
Pete Brown
Time to read
3 minutes
Print
a- a+
Read so far
Professor Glenn L. Schrader, who has been head of the Department of Chemical and Environmental Engineering since he joined UA in 2006, is the College of Engineering’s new associate dean for research. 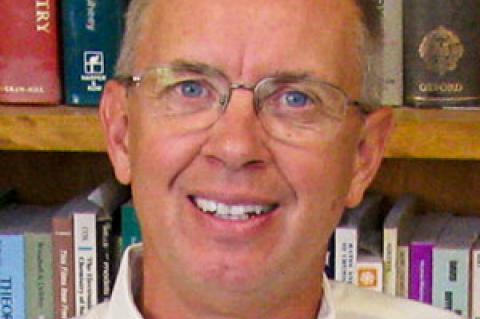 Professor Glenn Schrader will make the most of his substantial contacts in industry and government to funnel more research dollars into the College of Engineering,

Schrader’s research interests include catalysis and fundamental surface chemistry for energy-efficient processing and pollution-control materials; chemical vapor deposition and reactive sputtering for thin films used in the solar energy and semiconductor industries; sustainable engineered systems for alternative energy, water, and materials resources; and renewable feedstocks for chemicals and bioproducts. He has authored more than 100 scientific publications in these areas, and has graduated 28 doctoral and 18 master’s students since 1976.

Schrader says he is looking forward to the challenges of building the research capacity and infrastructure in the College. “Now is a tremendous time of opportunity for the faculty to enhance our research stature and to develop future research strategies,” Schrader said. “There are signs of real growth in interest in our faculty’s research capacity as the nation faces the challenges of renewable energy, global warming, water availability, and sustainable manufacturing. I am confident that The University of Arizona’s engineers will be leaders in making critical contributions to these pressing research agendas.”

During his 30-plus years in academic research, Schrader has acquired substantial experience in government and industrial research programs. In 2002-2006, he directed the catalysis and biocatalysis program in the Chemical, Bioengineering, Environmental, and Transport Systems division of the National Science Foundation’s Directorate for Engineering in Washington, D.C. During this time, he also gained major responsibilities for engineering research centers, nanotechnology, major research instrumentation, and engineering education programs. Several of these activities involved collaborative efforts with other federal funding agencies, such as the Environmental Protection Agency, the National Institute of Standards and Technology, and the departments of Defense and Energy.

Goldberg cited Schrader’s government and industrial experience as a critical advantage in stimulating new efforts to secure research funding. “Glenn has a huge DOE and NSF background,” Goldberg said. “He will be a very strong player in Washington, D.C., where a lot of the money is, and he is very well connected to industry players.”

From 1980 to 2004, Schrader was a senior chemical engineer in the Ames Laboratory, a DOE research facility run by Iowa State University. He also managed the interdisciplinary program for Iowa State’s Center for the Molecular Design of Interfacial Materials, which involved a consortium of about 15 companies spanning the chemical firms, thin-film manufacturers, consumer product companies, and environmental consulting groups. Several NSF and DOE Small Business Innovation Research and Small Business Technology Transfer programs were successfully completed through this center.  International collaborations included joint research programs and graduate and undergraduate student exchanges in eight countries in Asia, Australia, and Europe.

Schrader’s industrial experience includes stints as a research and development engineer for 3M (medical products), Tektronix (integrated circuit manufacturing), and Kemin Industries (nutraceutical processing for food additives). He has served as a consultant with nearly a dozen companies for much of his professional career. In addition, he took industry sabbaticals in 1986 and 1994 for yearlong research and development activities with industrial collaborators and sponsors.

Schrader will also head a new committee that will steer the overall research strategy of the College of Engineering. Faculty and staff who serve on this committee will provide direct input on the need for new facilities, equipment, and staff support. Investment in seeding new projects and initiatives within the College and extending across campus will also be addressed. A comprehensive review of the strategic plan of the College is slated for fall 2009.

“Developing a clear, dynamic vision for the College of Engineering is essential for our near-term and long-term success,” said Schrader. “There are focal areas where we clearly have an advantageous position and well-established reputations. However, we need to be continuously engaged with federal agencies, companies, and private endowments as new opportunities arise in order for us to be truly competitive.”

Schrader says that several new mechanisms to enable effective internal and external communication as well as team building will be launched this year in the College. “We also need to be very cognizant of the priorities of the funding agencies and be poised to respond rapidly,” Schrader said. “Even better, we need to be ahead of the curve by assisting the agencies in formulating new research initiatives.” Schrader points to new research priorities in the Directorate for Engineering at NSF in the areas of sustainability, alternative energy production, and climate change that were developed through a series of national and international workshops that he organized while serving in the government agency.

“The next few years are going to be very exciting here at The University of Arizona and across the nation,” Schrader said. “We are facing many technical, economic, and social challenges that will change the way we conduct research and graduate education. I am confident that we will have a team that can really make a difference on many scales and in many environments.” Schrader stresses the need to continue to build interdisciplinary teams of collaborators who can work together for extended periods.

Schrader succeeds Professor J. Brent Hiskey, who stepped down recently as associate dean for research and administration. Hiskey is on sabbatical and intends to return to the College of Engineering in 2010 to continue his research and teaching.