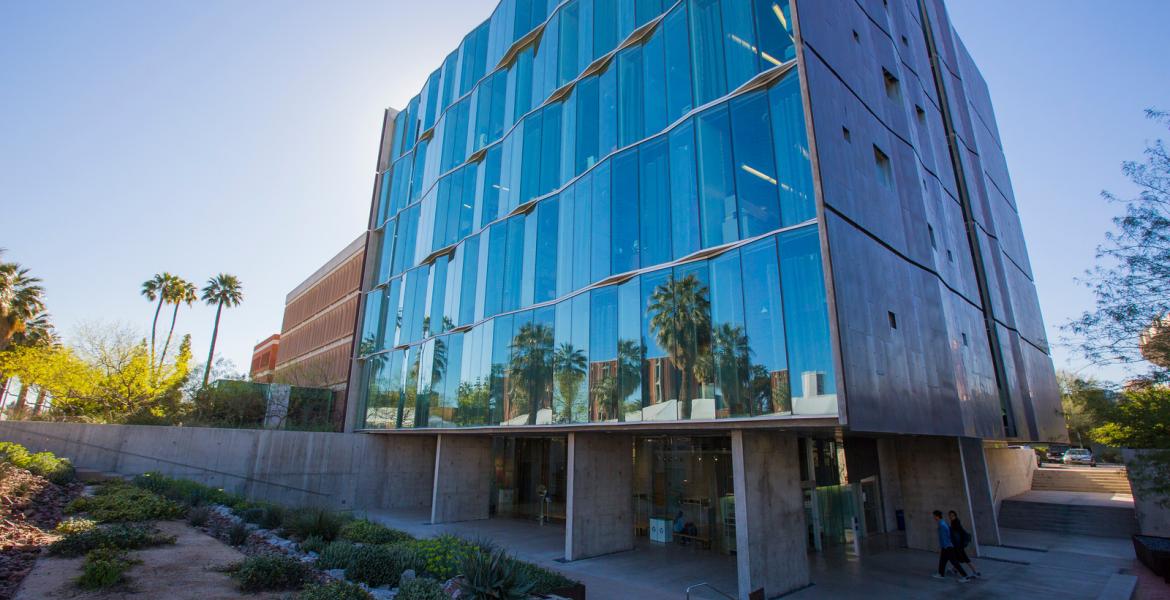 By
Katy Smith
Time to read
1 minute
Print
a- a+
Read so far
Supporters are bringing the UA’s $1 billion endowment goal closer. This year’s gifts included significant investments in students and faculty.

For the second year in a row, alumni and friends broke the record for philanthropic support of the University of Arizona, giving $334.6 million to the UA Foundation during fiscal year 2019. The previous fiscal year, the total for gifts, pledges and realized bequests topped $300 million for the first time, coming in at $317 million.

"Breaking our fundraising record two years in a row is a testament to the generosity of the University of Arizona community," said UA President Robert C. Robbins. "Fulfilling our commitment to expand human potential, explore new horizons and enrich life for all will take Wildcats and supporters from all walks of life coming together to support our mission, and with this result we are showing the world what it means to Bear Down."

The UA was recognized during the past year as one of America's 100 favorite charities. The Chronicle of Philanthropy identified the organizations Americans are most willing to support, based on how much they raised in cash and stock. The UA was the only Arizona university to make the list.

Investments in Students and Faculty

"This gift enables us to take a quantum step forward in making the UA the kind of a destination where students want to come because of the richness of our curriculum and the unique things that we're doing," he said.

Two more of this year's significant gifts were made by Dr. Andrew Weil and James Wyant, distinguished faculty members who invested in the future of scholarship at the UA through endowed chairs. Endowed chairs greatly increase the university's ability to retain and attract exceptional faculty members and provide the chair holders with resources to advance their research and teaching.

Wyant's gift was the university's largest ever for endowed chair positions. Wyant and his family made a $20 million gift to empower the college to recruit faculty for a minimum of 10 endowed chairs.

Wyant is founding dean and professor emeritus of the James C. Wyant College of Optical Sciences and has co-founded two optics companies. He has been recognized as a pioneer in the optics and photonics field with numerous awards.

In 2013, Wyant gave $10 million for graduate student scholarships in a campaign called FoTO, an acronym for Friends of Tucson Optics. As a result, 30 scholarship endowments were established, each bearing the name of a donor. As with the FoTO campaign, the Wyant family's gift for endowed chairs offers matching funds to inspire others to give.