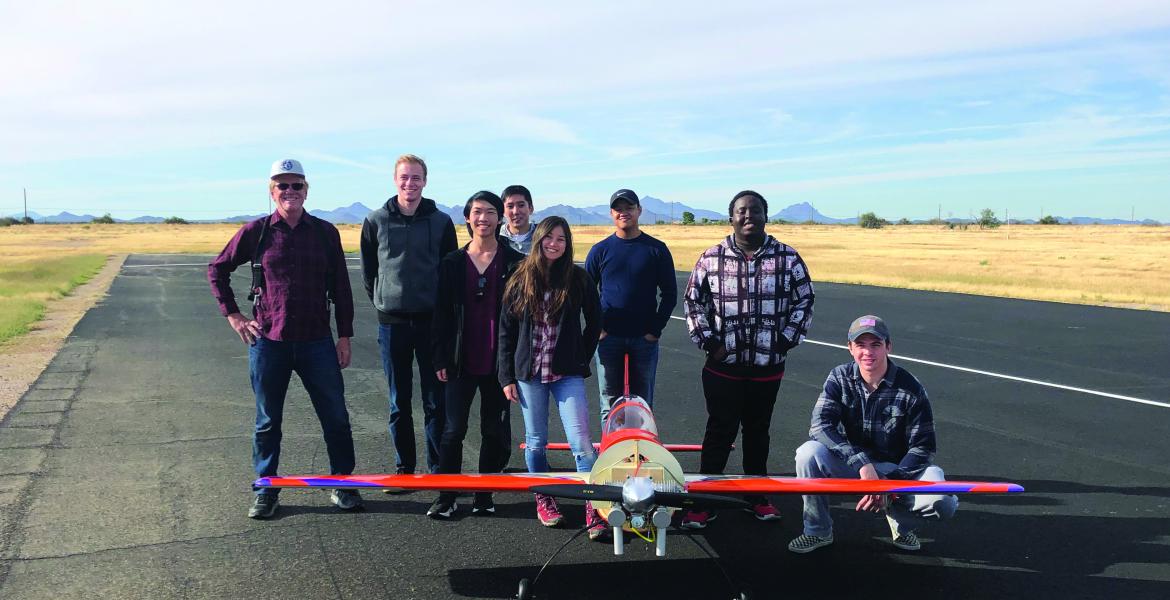 Every semester, Michael Marcellin, Regents’ Professor of electrical and computer engineering, tells his students the story of how he became an engineer.

He was working in construction as an electrician in California’s Death Valley. On one particularly grueling, 120-degree summer day as he and his coworkers finished up, their boss went inside to fetch a man from an air-conditioned office. The man came outside, looked over a couple of items, told everyone they’d done a great job, then went back into his nice, cool office.

“I asked my boss, ‘Who’s that guy?’” Marcellin recalled. “He said, ‘He’s the engineer.’ And in September of that year, I was studying engineering.”

Marcellin went on to earn master’s and PhD degrees in electrical engineering from Texas A&M University and joined the University of Arizona as a faculty member in 1988. His accomplishments are numerous, including major contributions to the development of JPEG 2000, a wavelet-based image compression method. He received the university’s Technology Innovation Award in 2006. However, he’s known since his first year of college that he wanted to become a professor, so, these days, he’s back to focusing on what moves him most – students.

“I like it every bit as much as I thought I would,” he said. “I can’t imagine doing anything else.”

Club Mentor and Keeper of Knowledge

In 2012, Marcellin began working with the university’s Baja Racing Team, a club in which students work together to design, create, test and compete with a single-seat Baja styled, off-road car. Marcellin serves as the faculty adviser for the electrical subteam, which is in charge of building the telemetry system for the vehicle. He also advises the electrical subteam of Wildcat Formula Racing, which designs, builds and competes with formula-style vehicles. In addition, he is the adviser for the national engineering honor society Tau Beta Pi.

“I think the hands-on experiences provided by clubs are super valuable to students’ careers,” he said. “Even if they don’t help classroom performance, they absolutely improve students’ ability to see the big picture, understand why what they’re learning is important and integrate their work into a bigger system – basically, to think more like an engineer.”

His belief in the importance of extracurricular involvement for engineers led him, in 2014, to become the founding adviser of the Arizona Autonomous Vehicles Club, which designs, builds and competes with uncrewed air and ground vehicles. In 2017, he also became the founding adviser of the Coaster Cats Club, where students design theme park elements and compete at a national competition. He acts as a “keeper of knowledge” for the clubs to help ensure leadership transitions are smooth and progress doesn’t stall when officers graduate.

Many of the students he works with in clubs and on senior capstone projects publish papers about their work. Kyle Norland, now a PhD student in systems and industrial engineering, published two papers when he was an undergraduate in the Arizona Autonomous Vehicle Club. One of them won the award for best undergraduate paper at the International Telemetry Conference.

“Dr. Marcellin was really encouraging of the research process and experimenting, of that mindset of just trying new stuff and seeing what happens,” said Norland, who also served as the president of Tau Beta Pi as an undergraduate. “He played a really big role in giving me an example of what a researcher would be, of what that would be like.”

Marcellin, who has won 11 teaching awards, said situations like this are exactly the reason that he places so much focus on undergraduate education: He believes these students stand to gain the most from mentorship opportunities.

“I decided I wanted to go where I could really have an impact and help people enter the engineering profession,” he said. “Our incoming undergraduates are really good. They’re really smart, and most of them are really motivated.”

Jennifer Nadolski, a senior in ECE, has known Marcellin since she joined Arizona Autonomous as a first-year student. She now serves as the club’s president, as well as the secretary for the university’s chapter of the Society of Women Engineers. She said his passion for teaching comes through in his combination of hands-on help, personal mentorship and “dad jokes.”

“Dr. Marcellin is friendly, humble and passionate about teaching students, and one of the best professors in the ECE Department,” she said. “I highly value his support and advice, and I am very grateful to have met him.”