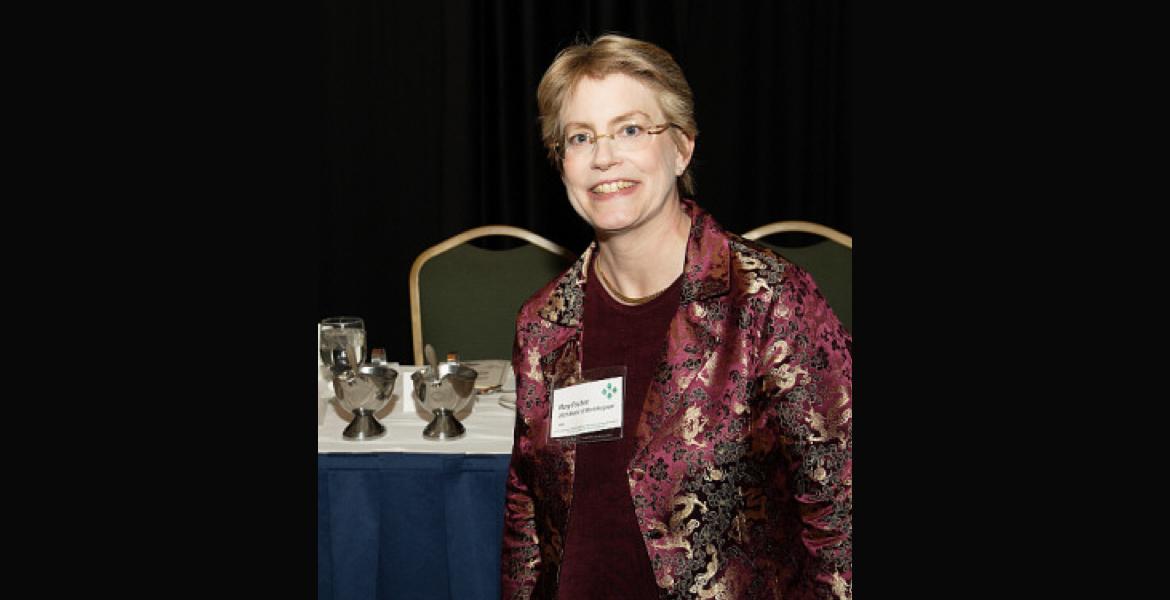 Professor Mary Poulton, head of the department of mining and geological engineering, was recently inducted into the American Mining Hall of Fame.

To mark the occasion, Poulton was awarded the medal of merit by the Mining Foundation of the Southwest for her contributions to the industry. Poulton is director of the Lowell Institute for Mineral Resources and the first female department head in the College of Engineering. She received her bachelor’s, master’s and doctoral degrees in geological engineering from UA.

In 2008, Poulton became director of the newly established Lowell Institute for Mineral Resources, a collaborative push by Science Foundation Arizona, the mining industry and Arizona’s universities, led by UA, to found a global center of mining excellence. All told, almost $20 million was invested or pledged to launch and run the institute.

Poulton described her recent award as “recognition that we have successfully built a new model for academic-industry partnerships in mining and geological engineering.”

She also noted that this new model is “weathering a fundamental shift in university funding and also generating new knowledge and a new workforce for the global minerals industry.”

As a mining hall-of-famer, Poulton further cements UA's pre-eminence in mining research and education. She follows UA mining engineering alumna Barb Filas, who was inducted in 2008. Filas is also the first woman to be president of the Society for Mining, Metallurgy, and Exploration.

“There are not many women in the minerals industry," Poulton said. "But more young women are joining every year, and those with several years of experience are highly successful and respected."

“This award, and the award received by Barb Filas last year, highlight the contributions of women in mining and show the next generation they can be recognized for their contributions to the profession,” Poulton said.

She has led or participated in research projects totaling more than $21 million in funding, and is co-founder and vice president of a water and energy management company.

She recently completed two terms as chair of the Mine Safety Research Advisory Committee for the National Institute for Occupational Safety and Health, and chaired the Board on Natural Resources for what is now the Association of Public and Land-grant Universities.

Poulton was appointed to serve on three National Research Council Committees, and was co-author of the 2007 report on critical minerals. She has testified before the U.S. Congress on workforce issues in mining and petroleum engineering, and she helped develop the Energy and Mineral Schools Reinvestment Act which is pending in the U.S. Senate.

She is the 2009 recipient of the American Institute of Mining, Metallurgical, and Petroleum Engineering Industry Educator Award.