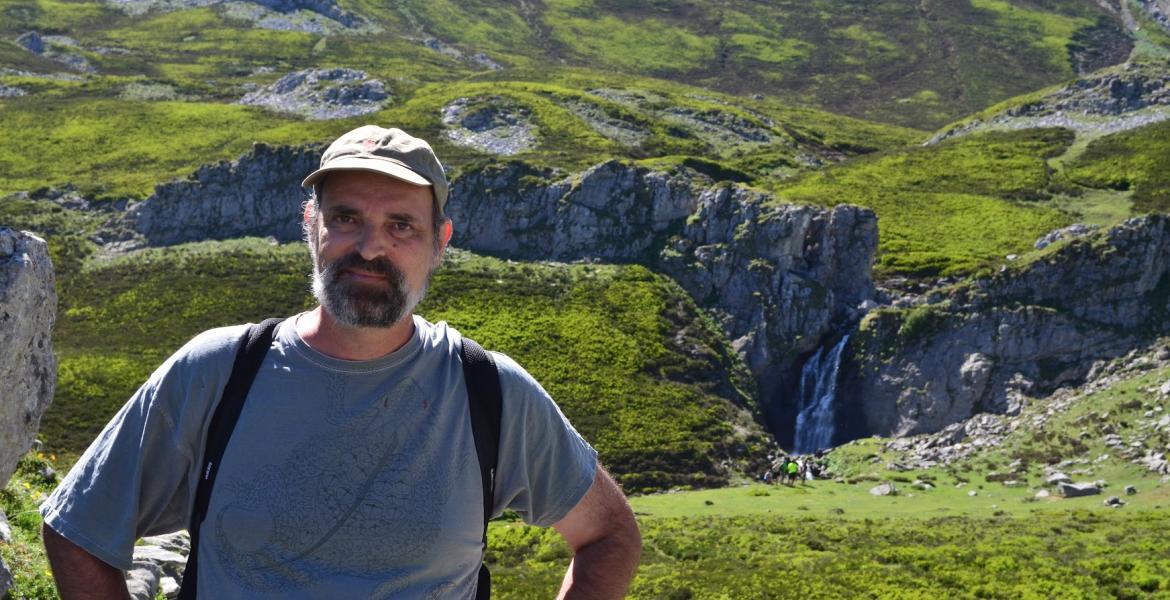 By
Emily Dieckman
Time to read
2 minutes
Print
a- a+
Read so far
Chemical and environmental engineering professor is dedicated to removing toxic substances from the environment and helping his students build successful futures.

Chemical and environmental engineering professor Jim Field grew up with a printmaker for a mother and a hobbyist painter for a father, so creativity has always been part of his life. In a decades-long career as a researcher and professor, he’s developed methods for using biodegradation to eliminate hazardous compounds in soil and water.

Field’s creative approach to problem solving and multitude of interests make him a particularly fitting recipient of the College of Engineering’s 2022 da Vinci Fellowship. Each year, the college selects one exceptional engineering faculty member for the honor, which includes a one-time grant of $10,000 made possible by donors to the college's da Vinci Circle. The circle and fellowship are both named for the innovator Leonardo da Vinci and were established to honor the 21st century renaissance in discoveries in microtechnology, nanotechnology and biotechnology.

“I have had the opportunity to work with Jim for more than 20 years,” said Kim Ogden, chair of the Department of Chemical and Environmental Engineering. “He is an established scholar in the field of bioremediation with over 290 peer-reviewed publications in high impact journals, and he is truly committed to ensuring the success of his students and the next generation of engineers.”

“This [College of Engineering] is my work environment. These are my peers. It’s personal. So, that’s why, for me, the da Vinci Circle is a really important honor,” said Field, who also serves as the associate dean of graduate education for the college.

Biodegradation involves using microorganisms that consume hazardous compounds and produce harmless waste in its place. Field has spent his entire career working in this field, but for the last decade, he’s been especially focused on the biodegradation of explosive compounds.

“If you have a military base with a practice firing range, microorganisms will go in there and totally get rid of any residues of explosive compounds by basically eating them up,” Field said. “The residues from these explosive compounds, if left untreated, would just persist in the environment for very long periods of time.”

Removing these residues quickly means eliminating them before they spread into vital resources such as aquifers, or fields used for growing crops. Field’s methods offer an inexpensive practical alternative and are particularly relevant in light of the current war in Ukraine.

“The work that Jim is doing is saving lives, because it’s developing the methodologies to enable us to remove contaminants from soil and water,” said Jon Chorover, head of the UA Department of Soil, Water and Environmental Science.

His experience working in several countries and cultures has honed his understanding of how a multitude of perspectives can lead to more robust and creative solutions. His commitment to diversity is reflected in the cohort of the Field-Sierra Research Group, which Field co-leads with fellow CHEE faculty member Reyes Sierra-Alvarez.

“Here we have a family,” said Erika E. Rios, a postdoctoral researcher in Field’s lab who is originally from Mexico. “All of us are from different cultures. We are from Mexico, from Brazil, from China.”

Field was also the principal investigator for the College of Engineering’s Bridge to the Doctorate Program, which has received two rounds of million-dollar funding from the National Science Foundation. The project is an effort to boost diversity in PhD programs by providing funding for Hispanic, Black and American Indian/Alaska Natives to complete doctoral programs. He said seeing students succeed is one of his favorite parts of his career.

“Watching them evolve and then complete their dissertations and go out into the world, and, in many cases, become professors: To me, that’s the proudest of all the things I do,” he said.