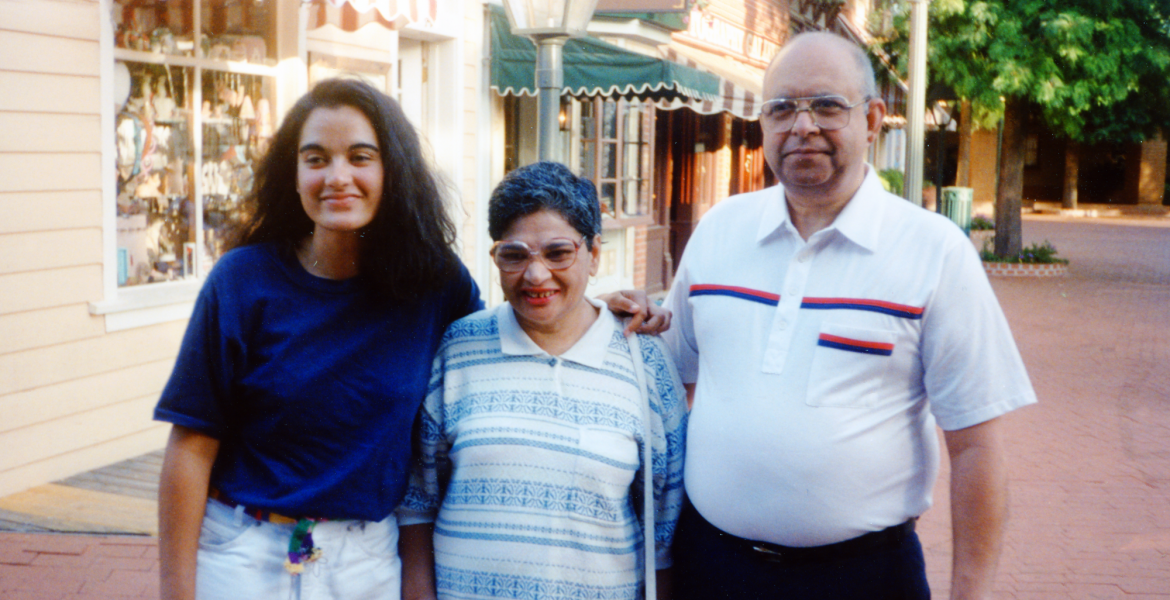 The Haq Foundation, which supports first-year graduate students, was envisioned by UA alum Karen Haq, in honor of her parents, Najma and Subhanul "Sam" Haq.

The Haq Foundation has donated $500,000 to establish the Subhanul “Sam” Haq Endowed Scholarship fund at the University of Arizona. The gift supports College of Engineering students in their initial year of graduate school. The college is committed to providing additional support to see each class of Haq scholars through their degree programs, furthering the impact of the Haq family’s generosity. Students with an interest in Pakistani, Indian, Chinese, Korean or South American culture, or those interested in the advancement of women in engineering, are particularly encouraged to apply.

The Haq Foundation was established at the behest of Karen Haq, who earned her University of Arizona BS in biochemistry in 1993. After she completed college and graduate school, her father developed cancer, and she returned to Phoenix to care for him until his death. She then took care of her mother until her mother passed away in 2018. Karen herself was diagnosed with colon cancer and died just months later.

“Every student who passes through the University of Arizona is part of the Wildcat community, and we are so grateful that Karen has chosen to leave behind a legacy in the College of Engineering,” said David W. Hahn, Craig M. Berge Dean of the College of Engineering. “This support is well aligned with our commitment to being a global educator, and the generosity of the Haq family will empower our graduate students for years to come.”

In her last days, Karen talked to close friends from high school and college about what she’d like to do with her inheritance. She suggested a foundation for three causes: animal shelters, to honor her mother’s love of animals; respite care, an interest Karen developed after her experiences as a caregiver; and engineering scholarships, to recognize her father and his career. Her friends formed the Haq Foundation to carry out the mission.

“This endowment is special since there are so few fellowships for graduate students,” said Jim Field, associate dean of graduate education for the College of Engineering. “The fact that Haq is focused on international graduate students as well as the advancement of women is a big plus as well. The college is very proud to be hosting this fellowship.”

Karen’s parents emigrated from Pakistan to the United States, where Samuel earned a bachelor’s degree in engineering at Indiana Institute of Technology. He worked as an engineer for Medtronics throughout his life, while also acting as a caregiver for Karen’s mother, who struggled with chronic health issues. Family friend Seema Munir said he was known in the community for the love and respect he always showed his wife. Friends said Karen admired the real-world impact her father made with his engineering career, including holding several patents for biomedical devices.

“One of the devices was used to try to revive her father when his heart was failing. Karen was so emotional, because she saw what the emergency people were using and recognized it as being something her father patented,” said high-school friend Jennifer Markley. “She felt like his own inventions were being used to try and help him, and she saw this coming full circle.”

Karen herself embodied many of the traits that make a successful engineer: curiosity, determination, creative problem solving and critical thinking, say her friends. Her determination came through in many ways, from her ability to maintain friendships over decades to her occasional refusal to wear warm layers during the harsh winters in Chicago, where she studied computer science in graduate school.

“Even though Karen was a biochemistry major, she was always a cheerleader for engineering students,” said Laura Goligoski, another friend from college.

Aside from being determined and family-focused, those in Karen’s circle remember her as being outgoing and full of life. She lit up the room and drew in people wherever she went.

“She was a super big talker. Words would come out her mouth at about 150 miles per hour,” said college friend Kathy Sacco. “She was so open and honest and fun, and could just laugh so easily. She had the greatest laugh.”

Maisam Jafri, an MD-PhD student who is in his second year of medical school and will begin his PhD in biomedical engineering in January 2023, is the first recipient of the scholarship. He will be working on areas including biomedical device implantation, therapies to improve outcomes after injury, skin grafting, and chronic wound development.