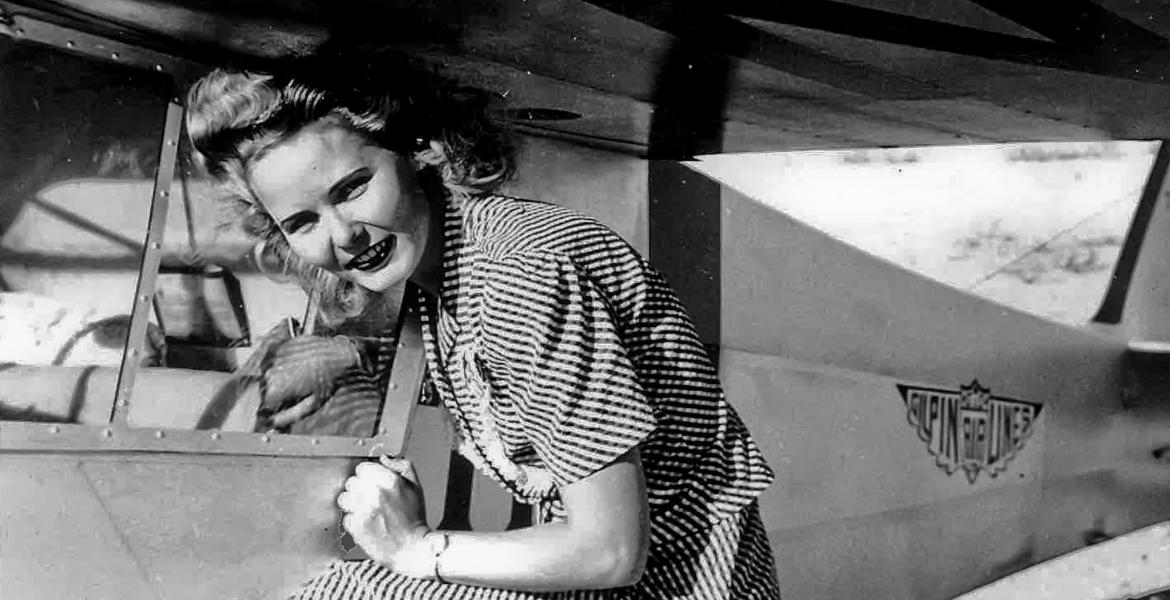 By
Karina Barrentine
Time to read
5 minutes
Print
a- a+
Read so far
Meet the educators, entrepreneurs and pioneers -- not to mention the pilots, musicians and explorers -- who make up the University of Arizona College of Engineering inaugural Hall of Fame Class of 2017.

With dozens of legacy awards among them, these champions of UA Engineering have built bridges, airports and transportation systems, pioneered manufacturing technologies, developed mines and founded companies.

The first 13 Hall of Fame inductees have made indelible marks on engineering, from their local communities to global economies. Perhaps most importantly, these outstanding men and women -- all of whom graduated from the UA more than 50 years ago -- are inspiring and supporting tomorrow’s engineers.

“They have applied what they learned to help countless others in exceptional ways,” said Jeff Goldberg, College of Engineering dean. “Today’s students aspire to be like them: pursuing positions of leadership, serving their communities and country, and improving the lives of people around the world.”

She graduated in 1945 and worked as a UA mineralogist, metallurgist and geologist. While raising their three children, Peckham helped her husband, Robert, whom she met at the UA, start multiple companies. Then she launched her own highly successful real estate career -- but she didn’t stop there.

Peckham led a number of philanthropic and nonprofit efforts to improve mental health care and the lives of people in underserved populations.

J. David Lowell, a 1949 mining engineering graduate, has discovered more copper -- including the world’s largest copper deposit in Chile -- than any other person in history.

Although he has consulted for 100-plus companies in more than two dozen countries, Lowell has operated largely as an independent agent and explorer, the architect of his own path and success.

Lowell found his calling at age 7, separating ore on his father’s small mine in the hills of southern Arizona.

Of his modest beginnings, he wrote in his autobiography, Intrepid Explorer: The Autobiography of the World’s Best Mine Finder, “Life couldn’t get any better than this.”

Lowell still travels throughout South America seeking the next great ore body, but these days he is spending more time on his family ranch near the U.S.-Mexico border and seeing more of his three children and grandchildren. He and his wife, Edith, have donated millions to the University.

Colleagues have said Lowell, benefactor of the UA’s Lowell Institute for Mineral Resources, sees in geology what others have missed. By sheer example, perhaps some of the richest lessons he is passing on to future engineers are these: Use your imagination. Don’t be constrained by prevailing dogma. And develop strong business skills.

Agnes Raclare Cordis Kanal was the first female member of the UA chapter of the Tau Beta Pi engineering honor society. A year later she was the sole woman in the UA’s 1954 graduating class of engineers.

She also served as president of the UA Engineering Council, another male bastion of the times, participated in the Pan-American League, and taught herself Arabic. After earning her BS in mechanical engineering, she did a stint as a computer engineer for RCA Corp. and earned a master’s degree in anthropology from the University of Pennsylvania.

Kanal immersed herself in many scientific and cultural fields, from genealogy and botany to mariachi and photography, and was widely honored for her volunteer work.

Laveen Kanal, her husband of 55 years, has established a memorial scholarship endowment to inspire other women in engineering.

Awarded the U.S. Navy’s Purple Heart for his extraordinary service in the Pacific theater in World War II, Edwards worked at DuPont and Mallinckrodt Chemical Works before beginning his university career.

David Allais, who earned BS and MS degrees in mechanical engineering in 1954 and 1958, is a major force in the field of data collection. Without him, the world might not have some of its bar code applications, including Code 39, the first ever alphanumeric symbology.

The founder of PathGuide -- a company that makes real-time warehouse-management and time and attendance systems -- and former vice president and chief executive officer of Intermec Inc., he conceived Code 39 on a dusty blackboard in 1974.

“The Boeing team explained that they would not be able to use bar codes because their part numbers contained both letters and numbers,” recounted Allais in an interview for a tech blog. “Being an impulsive young man, I said ‘that’s no problem; we’ll develop a new bar code for you.’”

Allais proceeded to illustrate a symbol character using the side of the chalk to draw the wide bars and later sketched a logical code chart on a quad-rule pad. Ultimately, Boeing became one of Intermec’s largest customers, and Code 39 is still used today for many nonretail bar code specifications.

Robert Barksdale, a third-generation engineer who earned his BS in civil engineering in 1958, has held executive leadership positions with several companies, overseeing the construction of 24 hydro projects and four international airports. He is an emeritus member of The Beavers, a heavy engineering construction association that promotes goodwill within the industry.

David Areghini, a letter winner in football and 1965 civil engineering graduate, has been highly active not only in the College of Engineering but also in the University of Arizona’s National Leadership Council and Alumni Foundation. His career highlights include associate general manager of the Salt River Project, leadership positions at Southern California Edison and Fluor Corp., and lieutenant in the U.S. Army Corps of Engineers.

Rudolf Jimenez, UA professor emeritus of civil engineering, has chaired the annual Arizona Roads & Streets Conference for 20 years. He has held leadership positions with the Arizona State Board of Technical Registration, National Society of Professional Engineers, and Transportation Research Board. A WWII vet who earned BS and MS degrees in civil engineering at the University of Arizona in 1950 and 1952, he was also an associate professor at Texas A&M, where he earned his PhD.

Robert Hall, who received his BS in civil engineering in 1949, has led projects in housing, roads, utilities and communications, including the design of fiber optics conduits for the Golden Gate and Mackinac bridges. He retired from the Spink Corp. in 1992 after 35 years.

S. Jack McDuff, a 1951 metallurgical engineering graduate and varsity letter winner in track and field, retired from Johns-Manville Corp. in 1982 after spending 30 years with the company, 10 of them as vice president and division general manager. Then he started a financial and property management business.

McDuff also served in the U.S. Navy, completed the Advanced Management Program at Harvard University and earned an honorary degree from the University of Arizona. He works tirelessly to engage alumni from coast to coast in the UA Alumni Association.

Kim Fox, a 33-year veteran of General Electric, remembers that in 1959 when he got his mechanical engineering degree, it was one of only four UA engineering majors. Now there are 15. Fox and his wife, a UA home economics graduate, credit a good education with taking them far -- from Iowa and Illinois to Singapore and Malaysia. The pair have established the Kim and Corinne Fox Scholarship to help ensure others have the same opportunities.

“Unlike in the 1950s, students can no longer support their education financially by working during the summer break,” he said. “Schooling costs more today, and students need some help.”

The real estate developer and corporate investor got his MBA from Stanford University and attended the Graduate School of Mortgage Banking at Northwestern University.

Roy Medina, who earned a BS in 1960, was the first in his family to complete a college degree. He managed numerous manufacturing companies and -- with his wife, Rowene Aguirre-Medina, also a UA graduate -- founded Polydrive Industries Inc.

“The opportunity to found a manufacturing business that has prospered for over 35 years was the culmination of my educational and professional experiences,” he said. “It all started with a mechanical engineering degree from the College of Engineering.”