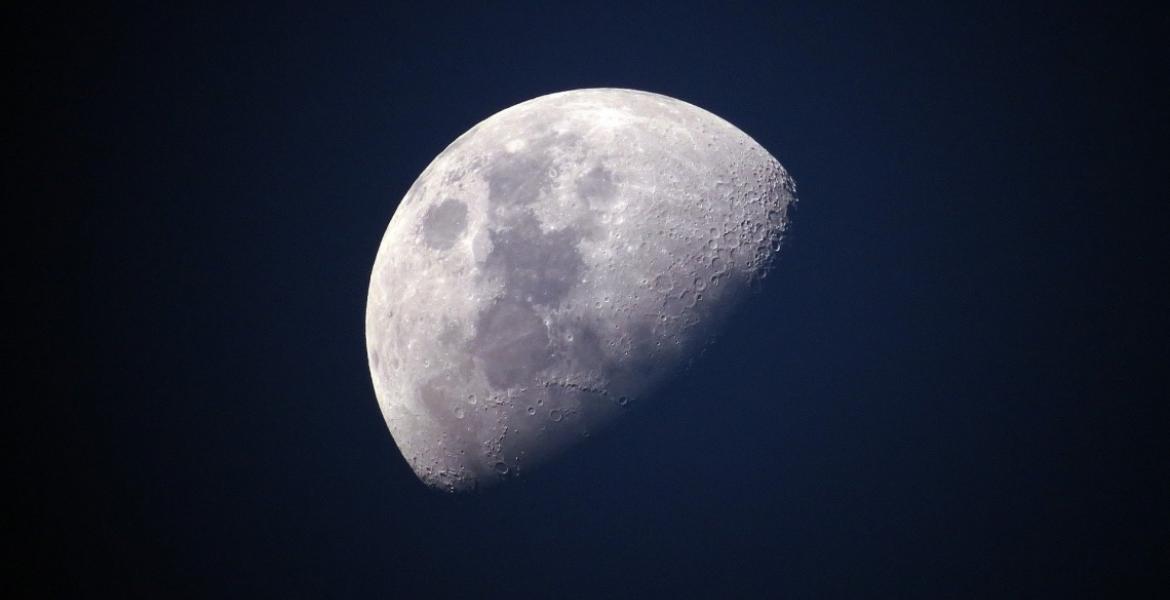 By
Emily Dieckman
Time to read
3 minutes
Print
a- a+
Read so far
The ambitious project aims to preserve humankind – and animal-kind, plant-kind and fungi-kind – in the event of a global crisis.

University of Arizona researcher Jekan Thanga is taking scientific inspiration from an unlikely source: the biblical tale of Noah's Ark. Rather than two of every animal, however, his solar-powered ark on the moon would store cryogenically frozen seed, spore, sperm and egg samples from 6.7 million Earth species.

Thanga and a group of his undergraduate and graduate students outline the lunar ark concept, which they call a "modern global insurance policy," in a paper presented over the weekend during the IEEE Aerospace Conference.

"Earth is naturally a volatile environment," said Thanga, a professor of aerospace and mechanical engineering in the UArizona College of Engineering. "As humans, we had a close call about 75,000 years ago with the Toba supervolcanic eruption, which caused a 1,000-year cooling period and, according to some, aligns with an estimated drop in human diversity. Because human civilization has such a large footprint, if it were to collapse, that could have a negative cascading effect on the rest of the planet."

Climate change, he added, is another concern: If sea levels continue to rise, many dry places will go underwater – including the Svalbard Seedbank, a structure in Norway that holds hundreds of thousands of seed samples to protect against accidental loss of biodiversity. Thanga's team believes storing samples on another celestial body reduces the risk of biodiversity being lost if one event were to cause total annihilation of Earth.

Scientists discovered a network of about 200 lava tubes just beneath the moon's surface in 2013. These structures formed billions of years ago, when streams of lava melted their way through soft rock underground, forming underground caverns. On Earth, lava tubes are often similar in size to subway tunnels, and can be eroded by earthquakes, plate tectonics and other natural processes. This network of lunar lava tubes are about 100 meters in diameter. Untouched for an estimated 3 billion to 4 billion years, they could provide shelter from solar radiation, micrometeorites and surface temperature changes.

The idea of developing a lunar base, or human settlement on the moon, has been around for hundreds of years, and the lava tube discovery renewed the space community's enthusiasm for the concept. But the moon isn't exactly a hospitable environment where humans can spend extended periods. There isn't water or breathable air, and it's about minus 25 degrees Celsius, or minus 15 degrees Fahrenheit. It's also not a very eventful place.

On the other hand, those same features make it a great place to store samples that need to stay very cold and undisturbed for hundreds of years at a time.

Building a lunar ark is no small undertaking, but, based on some "quick, back-of-the-envelope calculations," Thanga said it's not as overwhelming as it may sound. Transporting about 50 samples from each of 6.7 million species would require about 250 rocket launches. It took 40 rocket launches to build the International Space Station.

"It's not crazy big," Thanga said. "We were a little bit surprised about that."

The mission concept builds on another project Thanga and his group previously proposed, in which miniature flying and hopping robots called SphereX enter a lava tube in teams. There, they would collect samples of regolith, or dust and loose rock, and gather information about the layout, temperature and makeup of the lava tubes. This information could inform the construction of the lunar base.

The team's model for the underground ark includes a set of solar panels on the moon's surface that would provide electricity. Two or more elevator shafts would lead down into the facility, where petri dishes would be housed in a series of cryogenic preservation modules. An additional goods elevator shaft would be used to transport construction material so that the base can be expanded inside the lava-tubes.

To be cryopreserved, the seeds must be cooled to minus 180 C (minus 292 F) and the stem cells kept at minus 196 C (minus 320 F). As a reference for just how cold this is, the Pfizer COVID-19 vaccine must be stored at minus 70 C, or minus 94 F. The fact that the lava tubes are so cold, and the samples must be even colder, means there's a risk the metal parts of the base could freeze, jam or even cold-weld together. On Earth, commercial airlines stop working when ground temperatures reach minus 45 to minus 50 C (minus 49 to minus 58 F).

However, there's a way to take advantage of the extreme temperatures by using an otherworldly phenomenon called quantum levitation. In this process, a cryo-cooled superconductor material – or a material that transfers energy without losing any heat, like a traditional cable does – floats above a powerful magnet. The two pieces are locked together at a fixed distance, so wherever the magnet goes, the superconductor follows.

"It's like they're locked in place by strings, but invisible strings," Thanga said. "When you get to cryogenic temperatures, strange things happen. Some of it just looks like magic but is based on tried and laboratory-tested physics principles at the edge of our understanding."

The team's ark design uses this phenomenon to make the shelves of samples float above metal surfaces and have robots navigate through the facility above magnetic tracks.

There is much more research to be done on how to build and operate the ark, from investigating how the preserved seeds might be affected by a lack of gravity to fleshing out a plan for base communications with Earth.

"What amazes me about projects like this is that they make me feel like we are getting closer to becoming a space civilization, and to a not-very-distant future where humankind will have bases on the moon and Mars," said Álvaro Díaz-Flores Caminero, a UArizona doctoral student leading the thermal analysis for the project. "Multidisciplinary projects are hard due to their complexity, but I think the same complexity is what makes them beautiful."