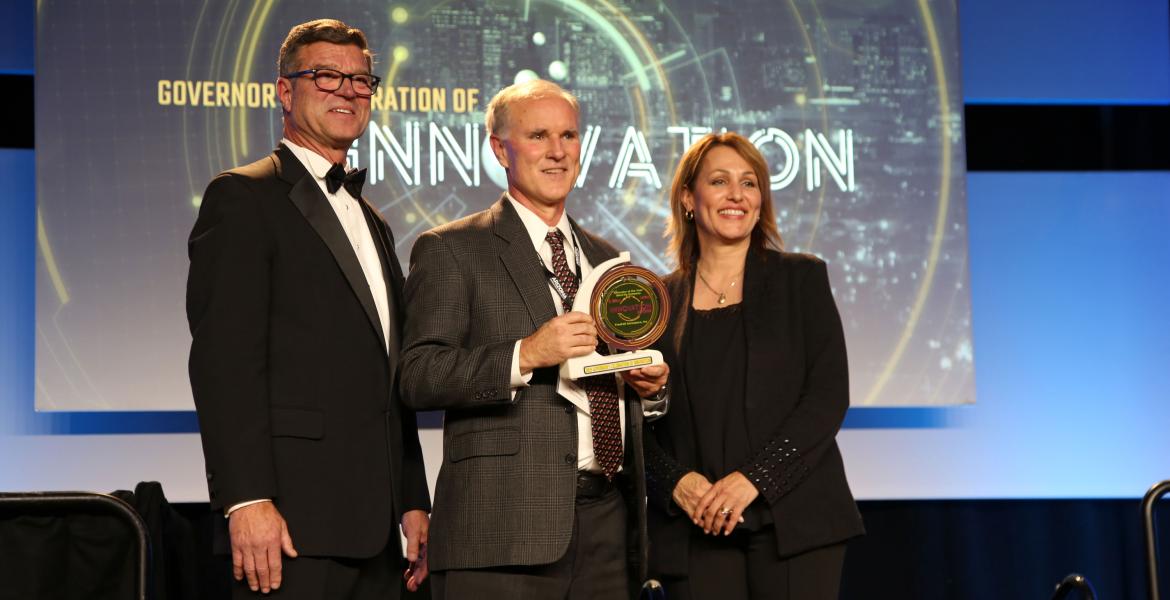 By
Paul Tumarkin
Time to read
1 minute
Print
a- a+
Read so far
Entrepreneurial UArizona researchers received recognition at the Governor's Celebration of Innovation.

Freefall Aerospace, a University of Arizona-researcher led startup founded to commercialize an intelligent 5G antenna system, received the Innovator of the Year award in the startup category at the annual Governor's Celebration of Innovation Awards.

Freefall's technology was invented by company co-founder, chief scientist and vice president for research and development Christopher Walker, a professor of astronomy and associate professor of optical sciences and of electrical and computer engineering. Marwan Krunz, the Kenneth VonBehren Endowed Professor in the Department of Electrical and Computer Engineering, is the company's chief technologist.

"The winners and finalists selected for GCOI 2019 have demonstrated incredible talent and ingenuity in the technology sector," said Sandra Watson, president and CEO of the Arizona Commerce Authority. "Their accomplishments have contributed greatly to Arizona's reputation as a leading global hub for innovation. We thank each of them for their contributions to Arizona and congratulate them on their success."

"I am very proud of our showing at the governor's ceremony," said UArizona President Robert C. Robbins. "All of these recipients and nominees are making huge contributions toward solving the grand challenges of our time as we move ideas from our labs to the market. Congratulations to Louise Hecker, FreeFall Aerospace, and longstanding University of Arizona supporters and leaders James Wyant and Fletcher McCusker on having their work recognized and honored in this way."