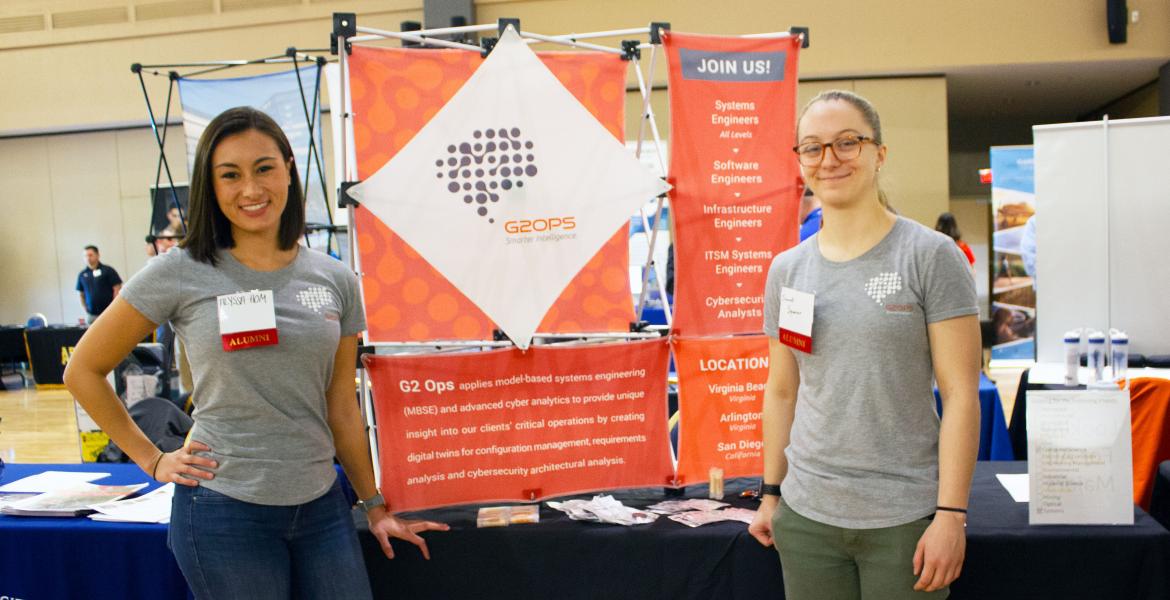 By
Emily Dieckman
Time to read
2 minutes
Print
a- a+
Read so far
Record numbers of students attend Arizona’s largest student-run engineering career fair. Many walk away with job possibilities.

University of Arizona engineering students, donning professional attire and armed with resumes and strong handshakes, flocked to the annual iExpo in the Student Union Memorial Center on Feb. 6 to pursue jobs and internships.

“This was a great success,” reported Lindsey Koelbel, aerospace engineering junior and director of corporate relations for the Engineering Student Council, which sponsors the career fair. “Many students set up interviews for jobs or internships. I actually had one employer tell me to call before I graduated so he could offer me a job.”

“We want to recruit the best students, and we want the best people working for us,” said Jaswitha Vankineni, a software development engineer at Amazon. “We’ve met good candidates here today.”

In addition to Amazon and other household names like Intel and PepsiCo, companies ranged from longtime College of Engineering supporters Honeywell and General Dynamics to first-time iExpo participants G2 Ops and Infosys.

“We definitely like the outcome of attending iExpo,” said Leonardo Electronics representative Elizabeth Rivera, adding that many employees at the company’s Tucson headquarters are UArizona alumni.

In fact, iExpo, now it its 28th year, is widely known not only for the caliber of students who get their start via the career fair but also for its level of alumni involvement. Many companies, some with alumni at the helm, have been recruiting at the event for years.

“We are strong supporters of the UA,” said David Ollanik, project director at Sundt Construction. We’ve built 60 projects on this campus, and our past two CEOs both started at Sundt as UA interns. That is the lifeblood of business, is hiring good talent.”

Our executives and recruiters go out of their way to come to the University of Arizona because the engineers are superior.”

Two recent alumnae -- Alyssa Hom, 2016 BS in mining engineering, and Shandi Spencer, 2018 BS in systems engineering -- were excited to be on the other side of the table representing G2 Ops, where they work as systems engineers. The cybersecurity and IT company also employs a number of alumni.

“Engineers at G2 Ops are the best,” Hom said. “Our executives and recruiters go out of their way to come to the University of Arizona because the engineers are superior.”

Many students appreciated the opportunity to meet employers in person and make a unique first impression. And the benefit of face-to-face interaction flowed both ways.

“You also get to see the people you’d be working with,” said mechanical engineering senior Trung Toan Truon.

Some students had their eyes on specific companies or were looking for positions in particular sectors, while others, including optical engineering senior Diana Garland, were just browsing.

“I’m in between deciding whether I want to go straight to work or go to grad school,” she said. “I’m here to see what options there are.”

Brason Holt was one attendee with a specific goal in mind, and his first experience with iExpo paid off in a big way. The mechanical engineering master’s student, who graduates in spring 2020, scheduled interviews with Sandia National Laboratories and Honeywell.