Members of the da Vinci Circle, the UA College of Engineering's philanthropic society, were treated recently to a behind-the-scenes look at the new elephant enclosure at Tucson's Reid Park Zoo. 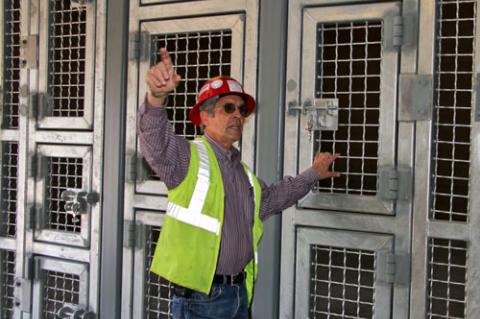 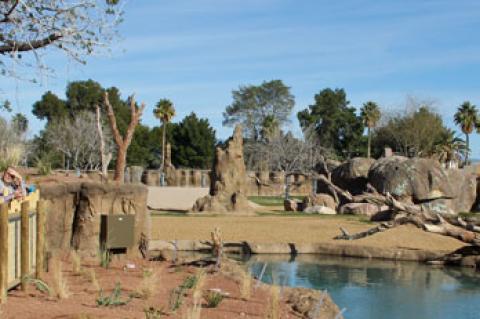 da Vinci Circle members and guests got a preview of the new elephant exhibit at Reid Park Zoo just a few days before it opened and the first elephants arrived.

"A few years ago, the San Diego Safari Park and the San Diego Zoo convinced the government of Swaziland to give them a herd of eleven elephants which were going to be destroyed due to range management issues," Humphreys said.

Da Vinci Circle members toured the huge buildings that will be home to the new herd, including the barn, elephant "bedrooms," and the elephant restraint device, which has cage walls that close in on and restrain the elephant so it can be weighed and get health checks.

The barn's fence posts are rooted in cylindrical concrete bases 3 feet wide and 8 feet steep. "We do all kinds of construction, so this is just another job," Humphreys said. "But in my 35-year career this is one of the most interesting."