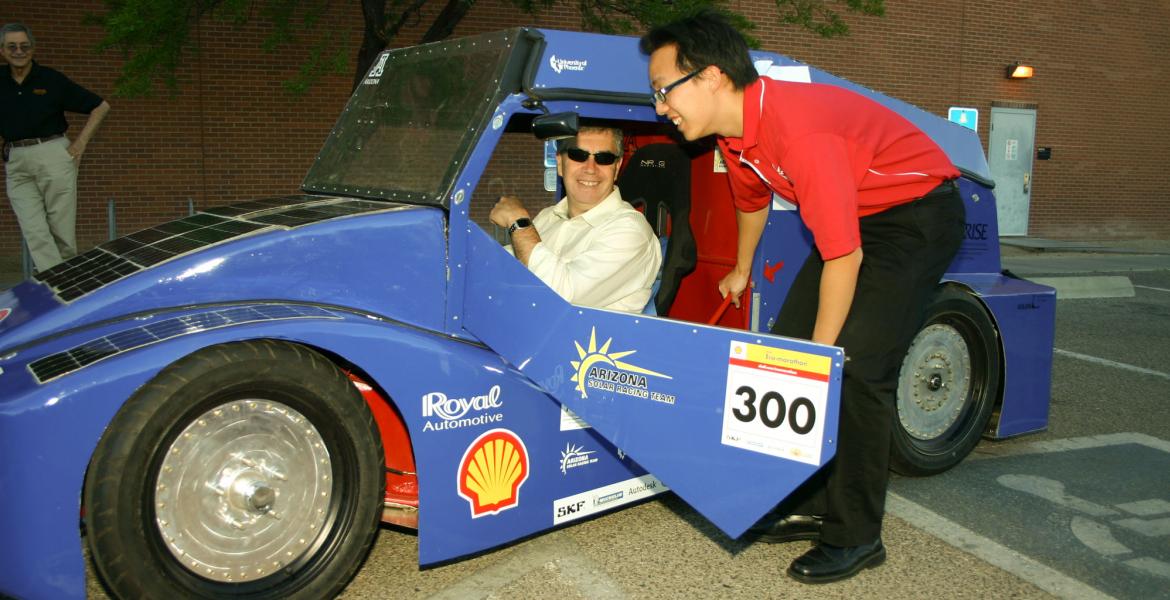 By
La Monica Everett-Haynes
Time to read
less than
1 minute
Print
a- a+
Read so far
The Arizona Research Institute for Solar Energy hosts a public event to honor the achievements of students involved with the Arizona Solar Car Team.

The Solar Car Team's prototype car, "Mallory," managed to travel what is estimated to be the equivalent of 3,149 miles on one gallon during a major nationwide competition earlier this year.

To commemorate the team's achievement, the Arizona Research Institute for Solar Energy, or AzRISE, hosted a celebratory event May 10 in the University of Arizona Aerospace and Mechanical Engineering Building's courtyard, located at 1130 N. Mountain Ave.

The eight-member team of UA students competed in the Shell Eco-marathon Americas 2010 competition, which was held in March. The students were asked to design, build and operate a fuel-efficient vehicle that was then raced in Houston.

"The event will allow people to get a first hand look," Jackson said. "While they did not win the challenge, they did break records."